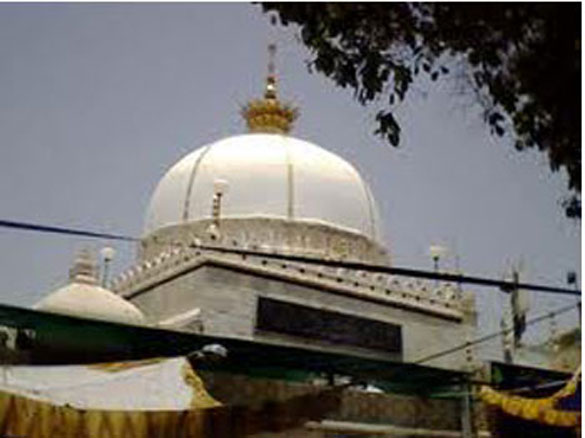 Sufi Islam, as pointed out by us repeatedly is most tolerant Islam which is highly compatible with multi-culturalism and pluralism. It flourished in India precisely for this reason. Not only that it produced many great Sufis of indigenous origin but many great Sufis were attracted to India from Persia, Arabia and other countries, especially Central Asia. India has been pluralistic for centuries. It never witnessed any period which had only one religion, or one language or one culture. It was always multi-cultural and multi-religious.

Hazrat Moinuddin Chishti, who was from Seistan, Iran also migrated to India via Central Asia after seeing Prophet Muhammad (PBUH) in dream who asked him to go to India and spread the message of Islam. Hadith literature also tells us that the Prophet (PBUH) had great attraction for India and in one of the hadith he is reported to have said that I am getting cold breeze from India.

This year is the 800th year of visal (death) of Hazrat Moinuddin Chishti as he died in 1212 AD. There was unprecedented gathering at Ajmer where he is buried. More than 30,000 people came on this occasion to pay their respects to the saint. Why such unprecedented gatherings at these Sufi saints mazars (mausoleums). One doesn’t find such gatherings at the graves of greatest of the great kings who ruled over half the world?

One must seriously reflect on this if we want to understand the real meaning of religion. The kings also professed same religion and yet they are hardly respected. These faqirs (mendicants) on the other hand, who possessed absolutely nothing, almost starved, are so greatly respected. The answer is obvious. The kings ruled coercively, they collected taxes from poor peasants forcibly and lived life of ultimate luxury and displayed great pomp and needed huge army and police force to maintain their rule.

These saints, on the other hand, lived starkly simple life, loved and respected dignity of everyone, of the poorest of the poor and never disappointed anyone and even if they themselves were hungry, gave away their food to the poor. Now of course, there is lot of corrupt and supernatural practices at these Sufi mausoleums but the Sufi saints themselves led exemplary moral and ethical life.

Those who talk of clash of religions and clash of civilizations have to learn from these people the real meaning of religion and civilization. They never aspired for power, for domination on others. Religions will clash only when we use it as an instrument for our personal interests, personal ambitions and personal power. If we use religion for power then two rulers belonging to same religion will also clash, let alone of two different religions.

America tries to dominate over others, wants to rule over the world, wants to subjugate other countries and invade them at free will and hence sees clash between religions and civilizations. These saints, on the other hand, loved everyone, respected every ones rights and dignity and hence they saw nothing but love and respect, kindness and cooperation and they ruled over hearts of people, not on their territory.

Moinuddin Chishti belonged to the famous school of wahdat al-wujud (i.e. unity of being) which believes in unity of all human beings and its central theme is love. Its founder Muhiyuddin Ibn Arabi used to say my Deen and Shariat is love (hub) and he made no distinction between followers of one religion and the other religion. Moinuddin Chishti too followed in his footstep and loved entire humanity.

He used to say be like sun whose light benefits everyone or be like a river whose water quenches thirst of all human beings without any distinction of religion, language and culture. Also, he was always on the side of weaker sections and oppressed and exploited. Once a peasant came to him and complained that an official of the government (Shmsuddin Iltitmish) has grabbed his piece of land and he has lost his means of livelihood.

Khwaja sahib at once accompanied him to Delhi and met the king Shamsuddin and got the piece of land back. The King said why did you take trouble to come all the way to Delhi, you could have asked anyone of your man to bring your letter and I would have given the land back. The Khwaja replied it is an act of worship (’ibadat) to spend time with an oppressed person and help him personally.

Khwaja Moinuddin Chishti had sometime in Baghdad where he met a Darvish (a mendicant) who remained at one place for more than thirty years and never went out. When the Khwaja asked him why you don’t go out, he replied I used to trot around like you and once I saw a person being oppressed by a powerful man and I did not speak out in his (oppressed man’s) favour. Then I heard a voice from above O dervish! You saw a man being oppressed and you kept quiet. You have done wrong.

Since then, the dervish said I have given up going around lest I should see someone being oppressed and not protesting. The Khwaja often used to narrate this story and used to exhort people to always help the poor, the oppressed and exploited. It is with this purpose that Khwaja had established lanbgar (common kitchen) and they always cooked vegetarian food so that all, whatever religion or sect they belonged to, could eat and never go hungry from his hospice.

These Sufis also believed in the doctrine of what they called sulh-i-kul i.e. total peace, peace with all whatever their religion. Tolerance of all faiths and sects was their basic creed and they strictly practiced this creed. Thus when religion used as a spiritual force and an inner revolution leads to tolerance, love and respect for all and when used for power, selfish motives and greed, leads to violent clashes and wars.

Thus religion per se does not make us fight but it is motive with which you use or practice religion which creates peace or problems. This is equally true of bhakti saints in Hindu tradition. They also immersed themselves into love of God and not love of power. Most of the common Hindus and Muslims practiced religion sincerely and hence never clashed but it is rulers or those associated with ruling classes who fought wars in the name of religion.

It is gross misuse of religion and the ruling classes today are no different. Religion is equally misused by various political parties for votes. They do not mind even if it leads to communal tension and subsequently to violence. Most of the political scientists agree that Narendra Modi provoke communal violence deliberately to win Gujarat assembly elections in 2002. Communal violence that takes place frequently in our country is political in nature.

The same politicians, who plot communal violence, would not mind visiting tomb of Khwaja of Ajmer, if it helps them get votes of Muslims. There is no limit to opportunism of these politicians. Their love of power overwhelms all other considerations and makes them so insensitive that they can never experience power of love. These Sufi saints, on the other hand, were embodiment of power of love and were totally indifferent to love of power.

They maintained their distance from power centres. For them, as Khwaja put it, service and love of people and love of people through love of God, was the ultimate aim in life. Their religion was the religion of love and service. The kings and even our so called democratic rulers rule over people through coercion and these saints ruled through love. The kings and other rulers enjoyed life for few years and fade away from our memories whereas those who made love and service to humanity live eternally in our hearts. They never die.

And since these people loved all and served all they are respected by all without any distinction of caste and community. I stood at the mausoleum of the Khwaja for an hour in Ajmer when we took a peace Yatra along with Ms. Aruna Roy, Yugal Kishore Shashtri and others of all communities, I saw many more Hindus coming and bowing their heads than Muslims. I will never forget that scene.

I experienced same serenity and peace at the mausoleum of Maulana Rum in Turkey at whose door it is written ‘this is the Ka’bah of lovers’. It is visited by followers of all religions Muslims, Christians, Jews and others. I have never experienced such inner peace and serenity before. One really experiences the spiritual power of love.

Well, one can say what about various rituals, superstitions practiced at these places and how some khuddam (servants of the saint) who harass you for money. My answer is it is too gross misuse of religion. It is total denial of what the saint stood for, It is corruption of all that the saint stood for. This certainly can be controlled. Again I would like to give example of Mausoleum of Maulana Rum. I did not find a single khadim harassing the visitors. You can visit the Mausoleum in complete peace, stand inside the mausoleum to reflect and pray and offer fatiha and leave. If you want to offer money there are cash boxes kept. If you so desire you can drop money and if you do not want, no one asks you to do so.

Can we not follow this in India and pay real tribute to these saints?