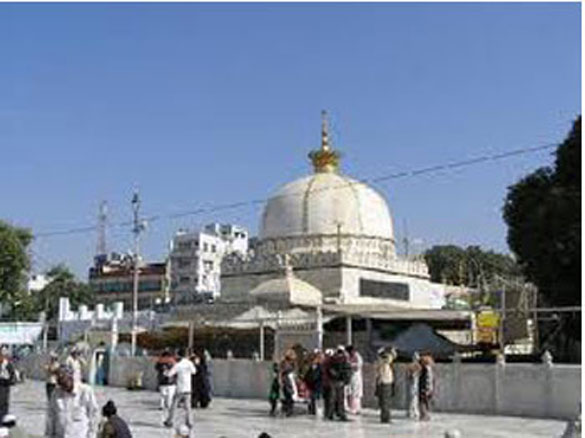 Within a hundred years after Chenghis Khan defeated Muslims, Islam conquered back the conquerors. The Mongols who had destroyed Bukhara and Baghdad themselves became the standard bearers of Islam. The westward thrust of Islam carried it into Europe. To the east, it put down new roots in India and Indonesia. The center of gravity of the Islamic world shifted from Cairo and Damascus to Lahore and Kuala Lumpur.

Though Muhammed bin Quasim conquered Sindh in 711, Islam made limited inroads into the subcontinent along the coast of Malabar in southern India and in southern Pakistan. This situation, however, changed towards the end of the 12th century. The Islamic penetration of the subcontinent accelerated in the 13th century. Several reasons may be cited for this change. First, the establishment of the Delhi sultanate enabled Muslim scholars and traders to travel freely throughout India under the protection of the political authorities. Second, India was a beneficiary of the Mongol invasions (1219-1261) that devastated Central Asia and Persia. Many noted scholars fled the Mongols into the security of Hindustan. Third, and perhaps the most important element, was the establishment of Sufi orders throughout the vast subcontinent. Indeed, Islam spread in India and Pakistan not by the force of conquest or the elaborate arguments of mullahs and Quazis but through the work of great Sufi sheikhs.

The Sufi sheikhs of the 13th century were not merchants of faith. They were men drunk with the love of God, giving themselves no gain but the prospect of divine pleasure, serving humanity irrespective of creed or nationality and sharing their spiritual bounty with whoever would partake of it. Proselytizing was not their goal; it was a byproduct of their selfless service. The Muslims needed this spirituality as much as did the Hindus and the Buddhists. When a Muslim experienced a spiritual rebirth through a Sufi, it was called an awakening. When a non-Muslim was similarly transformed, it was called conversion. It was in this context Hazrat Khwaja Moinuddin Chishti came to India and conquered the hearts and minds of people here. He is generally accepted as the fountainhead of Islamic spiritual movements in India and Pakistan.

Hazrat Khwaja was born in Sajistan (East Persia) in Central Asia in the year 1139 in a respected family. His father Khwaja Ghayasuddin (RA) and mother Syeda Bibi Ummalwara alias Bibi Mahe-Noor were the descendants of Hazrat Ali (RA) through his sons Imam Hassan and Imam Hussain. Orphaned at the young age of twelve, he inherited an orchard and a wind mill which served as his means of livelihood. One day when Khwaja Saheb was working in his orchard, a pious dervish Ebrahim Qandoozi, came and took his seat under the shade of a tree. When Khwaja Saheb saw him, he brought a bunch of grapes and presented it to his guest.

The visitor ate those grapes and was delighted, and took something out of his bag, chewed it, and then offered it to his young host. Khwaja Saheb ate it without any hesitation, and at once the light of wisdom and knowledge dawned upon the young Khwaja. Thereafter he disposed of all his worldly belongings, and distributed the money amongst the poor. Having thus broken all the ties with worldly affairs, he started for Samarqand and Bukhra, then the great centers of learning for acquiring religious education and knowledge. He became a Hafiz-e-Qur’an at the age of fifteen and mastered Arabic, Persian and Turkic languages. He then traveled to Neshapur where he became a disciple of Khwaja Usman Harooni. After receiving his training in the methodology of the Chistiya Order for seven years, Khwaja Moinuddin was inducted into that Order. From Neshapur, he traveled to Baghdad where he met the towering personages of the time including Shaikh Abdul Qader Jeelani, Shaikh Ziauddin Suhrawardi, Khwaja Awhaduddin Kirmani and Khwaja Abu Saeed Tabrizi (RA). In Isfahan, he met Khwaja Qutbuddin, who became his disciple and later his successor in Delhi by the name of Khwaja Bakhtiyar Kaki. From Isfahan, Khwaja Moinuddin traveled to Ghazna, Lahore and Multan where he mastered Sanskrit and Hindi so that he could communicate with the local people.

It was about this time that Muhammed Ghori defeated Prithvi Raj Chauhan at the Battle of Tarain (1192) and added Delhi and Ajmer to the Ghorid Sultanate. Khwaja Moinuddin moved from Multan to Delhi and then to Ajmer, which had been the capital of the Chauhan dynasty. But before moving to Delhi he performed a 40 day chila at the shrine of Hazrat Syed Ali Hijveri (RA) popularly known as Data Ganjbakhsh at Lahore. It is at this moment Khawja Ghareeb Nawaz wrote