The Historical Context In Which Polygyny Was Permitted In Islam

I HAVE read Nikhat Sattar’s article on ‘Multiple marriages’, published in this paper in September, in which she has kindly referred to me. My analysis of the Quranic texts relevant in the context of polygyny, which is the contracting of multiple marriages by a man, is given below.

There is only one Quranic passage (Surah 4: An-Nisa’: 2-3) in which specific reference is made to polygyny as a social institution and permission to marry more than one wife is given under highly exceptional circumstances and with extremely stringent conditions.

It is important to know the historical context in which polygyny was permitted in Islam. After his hijrah to Madina from Makkah in 622 AD, Prophet Muhammad (PBUH) laid the foundations of the first Muslim society. This embryonic society was seriously threatened by the Makkans who waged three wars against the Muslims in Madina. As a result of these wars, a large number of men were killed, leaving behind dependent women and children. In addition, the property of orphans had to be protected. (In English, the word ‘orphan’ refers to a child who has lost both parents. However, in Arabic, the term ‘Yateem’ refers to a child who has lost his or her father.)

Also Read:  Love, Sex and Marriage in the Qur’an

It is important to view polygyny in a historical context.

The implications of the above-cited text are:

(1) Justice must be done to orphans because this is what God desires.

(2) If a Muslim man cannot do this selflessly, then — and only then — is he allowed to marry more than one woman — up to four women.

(3) Since permission for polygyny has been given in order to safeguard the rights of orphans, there has to be a relationship between the woman or women whom the Muslim man marries and the orphans, because marrying a woman unrelated to orphans will not be of help in safeguarding their rights.

Polygyny, then, is permitted by the Quran but only in conditions of great social hardship and for humanitarian purposes. 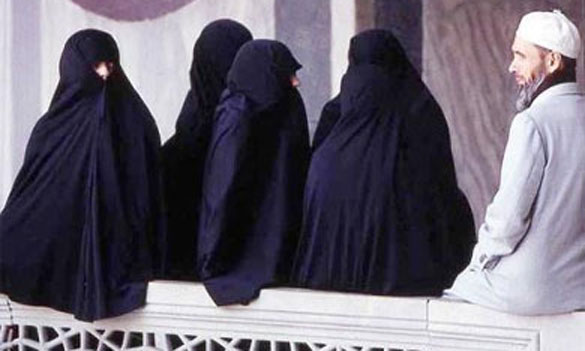 The stringent conditions relating to justice have been generally disregarded. Efforts to trivialise them have also been made by quoting Surah 4: An-Nisa’: 129 out of context. This verse reads as follows: “It will not be within your power to treat your wives with equal fairness, however much you may desire it; and so, do not allow yourselves to incline towards one to the exclusion of the other, leaving her in a state, as it were, of having and not having a husband. But if you put things to rights and are conscious of Him — behold, God is indeed much-forgiving, a dispenser of grace.”

This verse has often been cited to indicate that the Quran itself recognises the human inability to treat multiple wives “with equal fairness”. From this, the inference is drawn that the commandment to be just to all one’s wives given in Surah 4: An-Nisa’: 3 is not to be taken seriously.

This is a good example of the way in which many Quranic texts have been read out of context and misconstrued.

In Surah 4: An-Nisa’: 3, the Quran is laying down a law which pertains to all marriages to be contracted in the future and its purpose is to make a man aware of his moral responsibilities as a husband before he contracts multiple marriages.

When Islam began, unrestricted polygyny was rampant and there was no moral code to safeguard the rights of the wives. The Quran recognises that, being human, it was not possible for men to treat a large number of wives equally but it enjoins them not to incline towards one wife to the exclusion of the other(s) who would be left in a state of uncertainty and anxiety.

The contexts of An-Nisa’:3 and 129 are totally different. While the exhortation in the latter was applicable to a situation that existed at the time of the Quranic revelation, the injunction in the former is applicable to all future times.

Riffat Hassan is an Islamic scholar and professor emerita, University of Louisville.