Are Hudud Laws In Islam Or Quranic Punishments Barbaric?

What Taleb says for nature, applies equally to Allah’s laws revealed in the Quran and to the whole of the Quran. The Quran is Kitabun Hakeem or the Book of Wisdom from Allah (SWT). The prescriptions in the Book can be subjected to close scrutiny to see whether these are optimally designed to achieve their clear objectives. The Quran is anti-fragile – fragile is what disintegrates when subjected to shock such as glass, un-fragile is what doesn’t break such as plastic, and anti-fragile is what grows stronger when subjected to extreme conditions such as steel.  The wisdom in the Quran’s prescriptions becomes clearer when these are discussed, critiqued, analysed, and debated and our conviction in the Quran as the word of Allah becomes stronger.

Let us examine the Quranic Hudud laws vis-à-vis the modern penitentiary system to see which of the two is more humane as well as more effective.

Any use of force against another person is inherently abhorrent as it demeans the other’s dignity and/or compromises his independence and right to live in freedom. The force used maybe as mild as that used to put the person under arrest. However, in the absence of laws and punishment for infringement, we will have a lawless society and there will be unabated mayhem, loot, rape and murder which is far more injurious to society and civilizational values than a Justice system with criminal laws and punishments that minimizes the threat to other people’s life, property and dignity. The use of force under a system of justice is therefore necessary to maintain our civilizational values but must be balanced to produce optimum results. What we need is freedom from theft, loot, fraud, rape and murder with least harm to the criminal and at affordable cost to society. 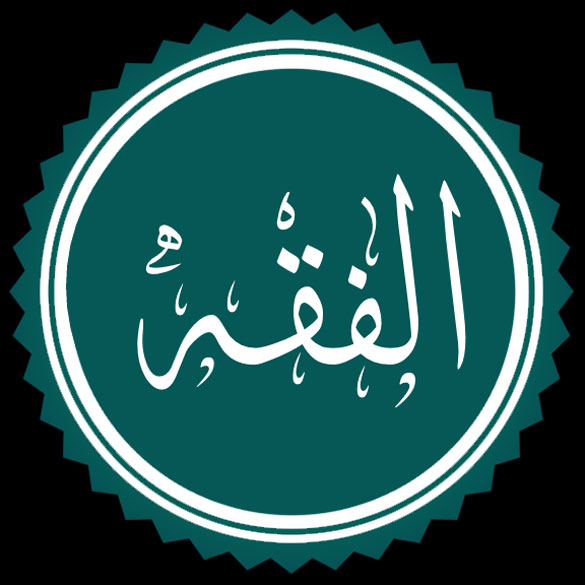 The Islamic system of punishment is called Hadd laws. The meaning of Hadd is limit, which if transgressed invites punishment, and at the same time prescribes the maximum punishment or the limit that must not be exceeded. The punishment for theft for example is amputation of hand, which is the maximum punishment that should not be exceeded, while the minimum can be anything including simply a warning. For treason amounting to waging war on the state, the punishment can be crucifixion, amputation of limbs on the opposite sides, exile or pardon. The punishment for adultery is a hundred stripes which is mandatory and cannot be increased or decreased but the standard of evidence required is four unimpeachable eye witnesses. A hundred stripes set the upper limit for punishing with lashes since there is no other crime for which the punishment exceeds 100 lashes. Therefore for all other crimes, the punishment must be with less than a hundred lashes. This is considered barbaric by the western society and the same view has rubbed off on the Muslims living in that society who feel ashamed and unable to defend the Islamic system. Let us compare it with the modern prison system in the USA.

The number of prisoners released every year is of the order of 6, 50,000. Life expectancy in the USA is 78 years. The average time served by state prisoners released in 2016, from their date of initial admission to their date of initial release, was 2.6 years. The median amount of time served was 1.3 years. Half of the released prisoners are back in the prison within 3 years. This data translates to another 4% of the population having experienced a jail term in their life-time who are not currently incarcerated or under correctional supervision. Add to this the 2.8% who are in prison/jail or parole, it means that 6.8% of the population is either in prison/jail or has served time in the prison/jail. This is a staggering 1 in 15! This may sound shocking to many but this is because, these people are mostly from a stratum of society to which the reader does not belong and therefore the reader is unlikely to know many ex-convicts personally. This high number is proof that the prison system has not been an effective deterrent against crime. The USA prison system of punishments has therefore failed to curtail crime going by the very high proportion of their population having been convicted of punishable crimes.

The modern prison system suffers from the following flaws:

1.       The rich pay fines for their infringements and get away even for their very serious crimes but the poor who cannot afford the fines are imprisoned even for very minor misdemeanours such as a traffic violation. This system is therefore not only inherently unjust to the poor, but tolerant to infringements by the rich as paying a fine cause no distress to the rich.

2.       The prisons are overcrowded. The average overcrowding is 139% of capacity which goes upto 4 times or 400%. This is in the US which is the richest country in the world. Overcrowding in cramped cells leads to fights and violence among inmates and extreme overheating in summer. The temperature beyond 100 degrees Fahrenheit is oppressive in those cramped conditions and goes upto 130 degrees Fahrenheit. The summer heat in cramped cells has led to deaths in some of the prisons in Texas and elsewhere in the US.

3.       Physical and sexual abuse is common in the prisons. Ninety percent of the inmates in the US prisons bear wounds from injuries inflicted by the guards or fellow inmates. Medical attention is denied and those who ask for medical attention are threatened with more violence.

4.       The prisoners are routinely sodomized by the guards as well as other inmates. Fifty percent of the sexual abuse cases is by the guards.

6.       Sixty four percent of the inmates in US prisons develop serious mental problems because of the conditions in the prisons.

7.       In the United States, the suicide rate among prisoners is four times as high as among the general population. Pre-trial detainees tend to have higher rates of suicide than other inmates, with about a third of all prison suicides occurring within the first week of custody. The shock of the appalling conditions, violence, sexual abuse including being sodomized by the guards and fellow inmates (or simply the threat of it) and loss of significant relationship, drive many at the pre-trial stage itself to take their own life.  Those placed in solitary confinement are also more likely to commit suicide.

8.       Across the US prisons, there are around 80,000 prisoners in solitary confinement. The American Civil Liberties Union Of North Carolina (ACLU) has reported the following consequences of solitary confinement: “Hypersensitivity, hallucinations, increased anxiety and nervousness, lack of impulse control, severe and chronic depression, appetite loss and weight loss, heart palpitations, talking to oneself, problems sleeping, confusing thought processes, self-mutilation, lower levels of brain function, including a decline in EEG activity after only seven days in solitary". Can there be anything more barbaric than caging a human being in solitary confinement? See this video to know how barbaric this is: https://topdocumentaryfilms.com/last-days-solitary/

9.       The families of the incarcerated also suffer. A bread winner is taken away from the family, a husband from a woman, a father from the children and a son from aged parents.

The horrors of the prison system are hidden from the society as these take place behind high walls and closed doors and go unreported except by way of studies conducted from time to time. The prison system is far more inhumane and barbaric and causes more physical, psychological and mental damage to the convicts than the Islamic system which is open, without jails and prisons and without depriving the convict of his freedom or his family of his presence. The Islamic system has also proved to be better as a deterrent.

It may be argued that the horrors practiced inside prison walls are an aberration, illegal, not part of the design and therefore amenable to reform and correction and that the prison system is meant to be and designed to be more humane. In my view, depriving a person of his freedom for an average period of 13 years is more inhumane and damaging to a person’s physical and mental well-being than receiving a few lashes. Closed walls of a prison are designed, although not intentionally, for corruption, cruelty, sexual depravity and bestiality to fester. Apart from the greater damage to the convicts, the cost to the society of the prison system is enormous, while also breeding more corruption. An evil system run by the state cannot cure evil in the society among its people and the proof of it is the high rate of crime in that society.

Naseer Ahmed is an Engineering graduate from IIT Kanpur and is an independent IT consultant after having served in both the Public and Private sector in responsible positions for over three decades. He is a frequent contributor to NewAgeIslam.com