Quranic Commandments Are Not Ends in Themselves but Means for A Higher End: Blood Money for Jamal Khashoggi Murder

In October 2018, the world was shocked by news of the gruesome murder of a prominent Saudi journalist: Jamal Khashoggi, a critic of Saudi Arabia’s ambitious crown prince, Mohammed bin Salman. Mr. Khashoggi had been in exile, fearing for his safety, but he was lured to his country’s consulate in Istanbul with hopes of getting documents for his planned marriage. Instead, he was slain and dismembered.

This appalling murder sent shock waves through the West, which only set off a Saudi effort at a cover-up. The kingdom’s authorities first denied that Mr. Khashoggi had disappeared in the consulate. Then they had to admit that he was killed by a special squad, but said it was without the knowledge of the crown prince.

Last month, Salah Khashoggi, the victim’s eldest son, who still lives in Saudi Arabia, announced that he had “pardoned” his father’s murderers, an act that may be enough to close the case under Saudi law. In April, The Times had published reports that Salah Khashoggi and his siblings had received tens of thousands of dollars and real estate worth millions of dollars from the rulers of the kingdom as compensation for the murder of their father.

How can a murder case be closed through a mere “pardon” by a family member? And how is it acceptable, legally and culturally, that the family member gets handsomely paid for it?

The answer is in the notion of “diya,” or “blood money,” which has been used in Saudi Arabia for decades to cover up grave crimes.

Diya is built on the idea that murder is not always a crime to be prosecuted; instead, it can be treated as a tort to be privately compensated. In other words, if I kill your daughter, I owe you something. You can ask for my execution or accept a negotiated amount of blood money from me. If I pay the agreed price, we are even, and I walk away. 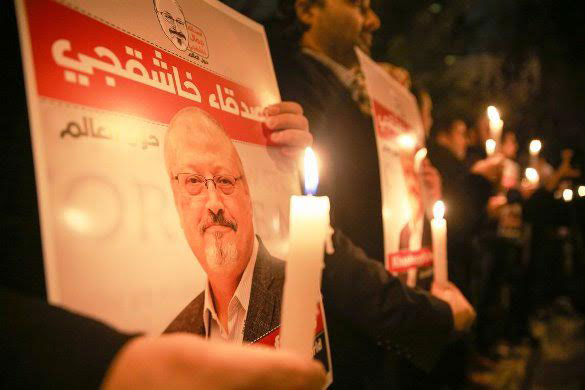 A demonstration against the killing of the Saudi journalist Jamal Khashoggi, in front of the Saudi Consulate in Istanbul in 2018.Credit...Muhammed Enes Yildirim/Anadolu Agency, via Getty Images

While defenders of this practice with ancient roots say it provides a form of justice, it allows an affront that no modern code of justice would dare to codify: The powerful can easily kill the weak if they pay to do so.

In 2013, Saudi society saw a horrendous example: Fayhan al-Ghamdi, a preacher, tortured and killed his own 5-year-old daughter, Lama, then walked free by paying blood money to her mother. Only after a public outcry, raised under the Twitter hashtag #AnaLama, was the killer sentenced to eight years in jail and 800 lashes. 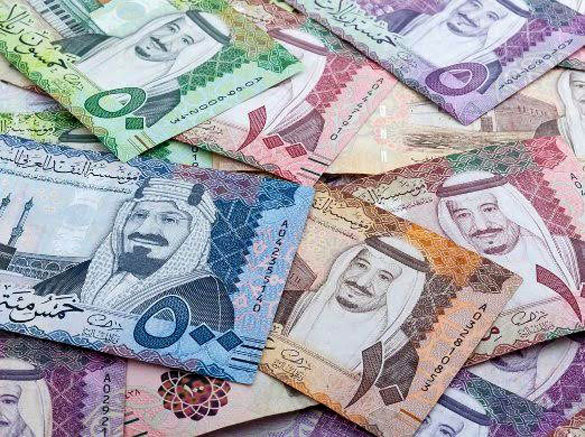 The more usual scene in Saudi Arabia is that a wealthy killer saves himself by offering the victim’s family big sums of blood money while raising the money from relatives as an act of “charity” and creating a lucrative business for middlemen. The overall result is a culture that “mitigates the atrocious behavior of killers and criminals,” as a Saudi journalist, Hani Alhadri, described last year.

In 1990, the problem was exported to Pakistan, with its Qisas and Diyat Ordinance, a law that made blood money a legal option to close cases of murder. It soon proved to be a perfect cover for so-called honour killings: Once a family decided to kill their daughter for their twisted notion of “honour,” the brother could do the job, and the father could simply “pardon” him.

In 2012, Pakistan was shocked by the story of Shahzeb Khan, a young university student who protected his sisters from drunken thugs, only to be killed by them. But the thugs’ powerful family threatened Mr. Khan’s poor family that they would kill the Khan daughters as well unless the Khans accepted blood money to close the case.

Cases like those have led a Pakistani scholar, Hassan Javid, to call for ending all blood money laws, which are in effect in Pakistan, Saudi Arabia, the United Arab Emirates and Iran, because they “provide the rich and powerful with the means by which to evade responsibility for any crimes that they might commit.”

However, there is a major obstacle to such legal reform: the notion of blood money comes from the Quran, and for some Muslims, that ends any discussion. But those Muslims are missing something important: The Quran, a scripture with a human context of the seventh century, appealed to a very different society, in which blood money served a very different purpose.

We can understand this context through The Great Exegesis by the 12th- century Sunni scholar Fakhr al-Din al-Razi: Before Islam, Arabia was a war zone of tribes, lacking any central authority, police force or court system. Murder among these tribes was punished with “qisas,” the principle of “life for a life, eye for an eye.” However, tribes had different claims to “honour,” and the haughtier ones demanded two or more lives for one of their fallen. This led to disputes and blood feuds that went on for generations.

That is why, as the Islamic history expert Montgomery Watt, alluding to a custom among early Anglo-Saxons, noted: “The wiser and more progressive men of the time seem to have recognized the advantages of substituting a blood-wit for the actual taking of a life.” Which is exactly what the Quran did. It authorized the law of retaliation, but also added:

“But if any remission is made by the brother of the slain, then grant any reasonable demand, and compensate him with handsome gratitude, this is a concession and a mercy from your Lord.” (2:178)

In other words, the Quran introduced blood money as “mercy” and a way to end tribal conflicts — not to give immunity to rich thugs, families who kill their own daughters or rulers who kill their critics.

Yet a literalist application of scripture can lead to horrific outcomes, as we are seeing now.

This was realized by the Ottoman Empire, the last seat of the Caliphate, which introduced modern laws and secular courts in the 19th century. A big step was a new penal code in 1858 that said even if a murder is settled with blood money, secular courts can still punish the killer. Two decades later, under the pious Sultan Abdul Hamid II, the empire also introduced the office of public prosecutor to indict for crimes regardless of any bargain or cover-up.

Today, Saudi Arabia represents the deep troubles of an archaic Islamic tradition that bypassed many of these modern reforms. Its crown prince may try to close the gap cosmetically, by allowing women to drive or dance, which is fine. But real reform for the kingdom will be accepting the rule of law and freedom of speech. That would include not murdering critical journalists and not covering up their murders by paying blood money.

Mustafa Akyol, a contributing Opinion writer, is a senior fellow on Islam and modernity at the Cato Institute and the author of the forthcoming book “Reopening Muslim Minds: A Return to Reason, Freedom, and Tolerance.”

Original Headline: Where the Powerful Can Kill the Weak, as Long as They Pay