Why Gay Muslims Are Upheld To Standards That Not Even Prophets Fulfil?

There is no dearth of online YouTube videos and discussions where gay Muslims are counselled to control their urges and desires, as a test from Allah. Often the tone of the discussants is either scathing or softly paternal. They engage in rationalization by copy pasting from the Qur’an that Allah does not impose a burden on a people more than they can bear. Implicit is the assumption that gay Muslims are capable of handling this challenge meted out to them. 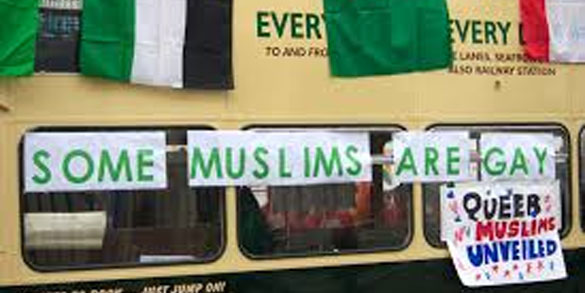 The problem with this narrative is that the same discussants go at length to showcase how Islam means peace, offered human rights centuries before the West, stands against oppression and calls out for social justice. Yet, when it comes to LGBTQ concerns, they downplay the concerns of gay Muslims and expect them to remain chaste for the rest of their lives. They can show pity but not respect the right for the basic human need for sexual expression and fulfilment. 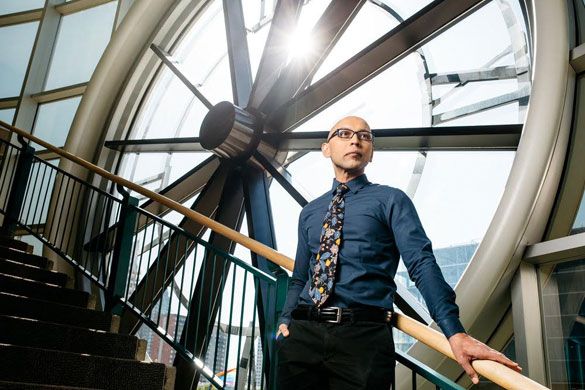 They fail to recognize that in the narratives on tests, it is generally assumed that greater burdens are placed on Muslims with greater faith and lighter burdens on those with lighter faith. This leads to the question that when did gay Muslims, who are often scathingly reviled, become to be treated as those with superior faith? 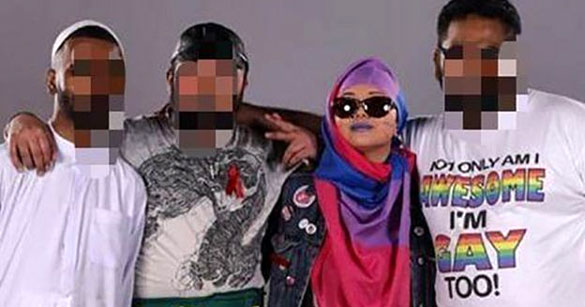 Joy, in sunglasses, says LGBT Muslims face pressures of both homophobia and Islamophobia

And in all this, gay Muslims are being asked to bear an Asr (undue hardship) that was not even asked of the Prophets. If anything, the lives of the Prophets indicate how they had multiple avenues of sexual expression, with Solomon at 700 wives and 300 concubines. Indeed, to showcase the Prophet as the greatest of them all, Muslim polemicists sought to embellish the virility of the Prophet.

The Holy Quran: Why Were The Verses On The People Of Lut Revealed?

The lives of the Companions and the following jurists were no different. Muslim scholar Kecia Ali quotes the 17th-century Ḥanafī jurist Ḥaṣkafī, who opined that if a man, who had four wives and a thousand concubines, was reproached for taking another concubine, it was as if the critic had committed disbelief by reproaching a permissible conduct. 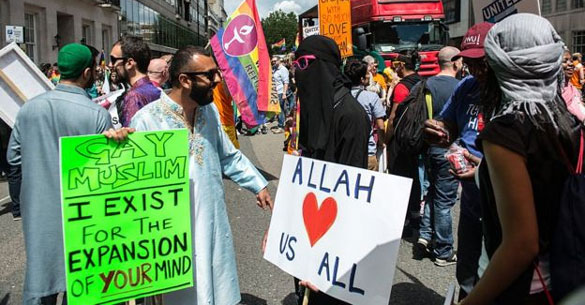 Then there is the Prophet David, who is accused of a grave sin in the Qur’anic passage 38:21-25. Khaleel Mohammed’s book “David in the Muslim Tradition – The Bathsheba Affair,” extensively documents how the Muslim position shifted from the Biblical account of David being accused of adultery to him being sinless, based on the later doctrine of inerrancy of Prophets.

Biblical tradition showcases how David was accused of placing Uriah the Hittite at the frontline of the battle that got him killed, which allowed David to make his advance towards his wife Bathsheba.

Generally, Muslims believe that the Bible has been corrupted. Yet, Abdullah Saeed showcases in his article “The Charge of Distortion of Jewish and Christian Scriptures” that many exegetes like Tabari, Razi, Qurtubi, amongst others believed that the distortion was not on the text but on the interpretations and that the scriptures today remain largely the same as those that existed at the time of the Prophet.

Keeping in mind that the doctrine of the inerrancy of Prophets was a later invention and that the corruption of the Jewish and Christian texts does not have the backing of the Qur’an or the major exegetes, allows us to radically question the ethical lessons Muslims derive from the story of the people of Lot.

Also Read:  ‘Gay Rights’ Versus The ‘Human Rights Of Gays’ – A Fresh Insight Into The Broader Message Of The Qur’an

Whereas Muslims and for that matter conservative Christians and orthodox Jews emphasize the sin of homosexual expression, the same story, when seen in its entirety including the Biblical passages, raises a lot more questions than it answers. This is especially so when the focus in the story is shifted from the people to the Prophet Lot himself.

The protagonist of the entire story is shown as having a rift with Abraham over land, yielding his daughters to a frenzied mob and having an incestuous affair with his daughters after the destruction of Sodom and Gomorrah.

Indeed, when one looks at the Biblical accounts of David and Lot, the multiples wives of Solomon and absence of any restrictions on the number of concubines taken up by the generation of Muslim elders deemed righteous, all of this necessitates the question on the undue hardship being imposed on gay Muslims through the cooked up narrative of a test.

The idea is not to resuscitate the debate on the inerrancy of Prophets but simply to showcase that any narrative on the basis of a story that raises far more questions than it answers should be created reasonably and responsibly, especially when it comes to inflicting harm on fellow human beings.

In a nutshell, we cannot expect gay Muslims to abide by an unreasonable standard, one that was not even imposed on Prophets to bear.