Ilm ul Kalam (rational and creative interpretation of Islamic precepts) has been practically outlawed by Wahhabi/Salafi Islam on the pain of death. But it was inspired by Ilm ul Kalam that one of India’s greatest rationalist, progressive Islamic thinkers Maulana Shibli Nomani pointed out that blind faith or unchecked servitude should never be the criterion to profess and practice Islamic postulates. One has to acquire an intellectual servitude though the agency of reason and rationality to put into practice the Aqaid (beliefs) and Akhlaq (moralities), the two most paramount aspects of Islamic belief that Ilm ul Kalam addresses. And that is precisely why the need for Ilm ul Kalam arose in the very first century of Islam. A great many philosophers of Islamic rationality popularly known as “Mutakallimeen” emerged during the second, third and fourth centuries. They developed progressive thought and cumulative rationality in their broader notions of the essential Islamic messages. They did face a certain period of Tashkeek (doubtfulness and uncertainty) delving deeply in their novel ideas, but in the process, they rediscovered Islam as a spiritual path to eternal salvation, rather than merely a political ideology, as it has been turned for a millennium. Thus, they were “Muslim” by their reason and discovery, not only by birth. However, it is an irony of Islamic history that many such free thinkers and independent researchers of Islam were tagged with as grave epithets such as Zindiq (misguided) and Murtad (apostate). 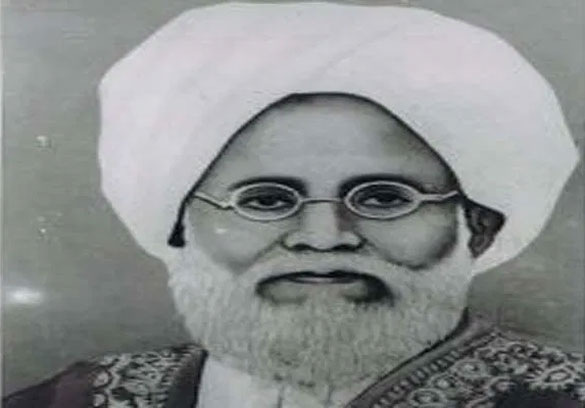 A glance through the early life of the classical Islamic scholar Maulana Shibli Nomani makes it clear that he was desperate for the pursuit of universal knowledge. Though he received primary education in a traditional temperament with religious fervour, he devoted large part of his academic life to critical appreciation of the modern sciences and religious philosophies. Having acquired the primary education in Azam Garh, he widely travelled across the country to augment the prevailing traditional and religious sciences. He learnt from the renowned teachers in Ghazipur, Rampur, Lahaur, Saharanpur etc. When aged 24, he went to Aligarh Muslim University as a professor in theology, but at the same time, he also became a brilliant student of modern sciences learning from the eminent western scholars and orientalists like Prof. Arnold, who served in the University for a period of time. He burnt his midnight oil in the rich library of Sir Syed Ahmad Khan delving deeply in the works of European and western scholars. It was only after he was exposed to the western literature, he developed an avid interest in producing his own literary works.

“Shibli Nomani was one of the greatest luminaries who glittered on the great firmaments of Urdu literature and the brilliance of whose achievements outshone those of his contemporaries as well as predecessors in diverse branches of knowledge. Few writers in the 19th century could achieve the versatility of the genius of Shibli”.

Ghamidi endorsed the point that Maulana Shibli was greatly influenced by the Western scientific temperament. He notes: “The impact of Western civilization brought about a reorientation in the outlook of Urdu writers which culminated in the creation of the same atmosphere for Urdu literature in India, as the Renaissance in the 16th century and the zeal for Romance in the 18th century had developed for English literature. Mohammad Husain Azad, Altaf Husain Hali and Shibli Nomani were the torch-bearers who heralded this revolution and paved the way for later writers.”

Shibli was an unparalleled classical Islamic scholar, philosopher, critic and a remarkable historiographer. He contributed extensive and objective writings on the biography of prominent Islamic figures such as Hazrat Umar Farooq (r.a), Mamun al-Rasheed, Imam Ghazali, Imam Abu Hanifa and other Islamic figures. It was because of his objective historiography that a critical approach to study the life and contributions of early Islamic personalities emerged in India, which was rarely seen in Urdu language before.

More notably, Shibli wrote the biography of the Prophet Muhammad (peace be upon him) entitled, “Seerat-un-Nabi”, which runs into several volumes. Though he could not complete this book due to his failing health and paucity of time, he exerted invaluable intellectual efforts in the collection of raw material for the accomplishment of this seminal work. Consequently, the Seerat-un-Nabi is still recalled as a masterpiece of Maulana Shibli with which his exalted position in Urdu and Islamic literature continues to be upheld. Jawed Ahmad Ghamidi succinctly puts it in his words, “at places the description of events is too graphic and one comes across good specimen of poetic prose, reminiscent of the passages of the celebrated "Aab-i-Hayat" of Azad; the chapter dealing with the philosophy of sacrifice and the story of Hazrat Ismail is vivid in description and superb in presentation”.

Maulana Shibli penned down his religious and philosophical ideas in his celebrated book in Urdu on the philosophy of Islam entitled, "al-Kalam". His scholarly reflections in a series of his writings "Maqaalat-i-Shibli" (the essays of Shibli) are replete with various religious and philosophical discourses reflecting a rational and scientific outlook in understanding religion and theology.

The science of Islamic reasoning or Ilm al-Kalam is one of the Islamic branches of knowledge based on reason, rationality and revelation. It discusses the essential Islamic philosophies and viewpoints from a rationalist and reason-based perspective. This has also been laid out in the primary source of Islam; the holy Qur’an. In so many words and verses, the Qur’an calls for critical reasoning and thoughtful reflections, not only on the mundane affairs of life but also on the faith and Imaan.

As a result of his keen interest in Ilm ul Kalam, Maulana Shibli was also faced with fierce criticism and vehement opposition including the Takfiri Fatwas from the traditionalist Islamic clergy, particularly from Darul Uloom Deoband. It is common knowledge that majority of Ulema and Islamic clergy in India were miffed with the intellectual Muslim architect Sir Syed Ahmad Khan, an educationist, modernist revolutionary and founder of Aligarh Muslim University, who was also an inspiration for Shibli’s intellectual and educational contributions. Even those who were fervent supporters of Sir Syed in his educational and intellectual movement were vehemently opposed to his religious outlook. The same holds true for Maulana Shibli, by and large. An Islamic historiographer in India, Shaikh Muhammad Ikram writes in his well-acclaimed work in Urdu “Mauj-e-Kausar”:

“In religious issues, the Ulema of Deoband were as displeased with Maulana Shibli as they were with Sir Syed Ahmad Khan.  Of late, a staff member of Darul Uloom Deoband compiled the history of this madrasa and listed the names of those scholars who benefited from the founders or other teachers of Darul Uloom Deoband. This list also includes “Professor Shibli” [not “Maulana Shibli”, sarcastically] but with a clarification that his later religious ideas were antithetical to the viewpoint of Darul Uloom Deoband.” (Mauj-e-Kausar-Tarikh-e-Hindustan; the modern age of religious and intellectual history of Muslims from the beginning of 19th century to the present, pp. 222-223, Adabi Dunya, Matia Mahal, Delhi).

Interestingly, the author of this book has enumerated a strange incident with Maulana Shibli that caused him to be hacked from Darul Uloom Nadwatul Ulema where he was serving as a rector (Nazim-e-A’ala). The reason why he had to quit his position at Darul Uloom Nadwa was that he dismissed a Mudarris [a madrasa teacher] from his teaching job because he wrote an article on “Islam and Jihad” with an extremist viewpoint and got it published in the mouthpiece of Nadwa. This caused uproar among all other teachers as well as administrators of the Nadwa. They got extremely angry with Shibli and asked him to quit his position. Shaikh Mohammad Ikram recalls that even Shibli himself clearly mentioned this religious polemic with the Ulema of Nadwa and Deoband in a letter that he wrote in 1912 referring to the organ of Darul Uloom Deoband al-Qasim. He wrote: “We are kafir (infidel), or at least Gumrah (misguided) in the view of al-Qasim.” (ibid.)

Interestingly, a number of Islamic scholars viewed that Maulana Shibli appeared to be a Mutazilite in his books on Ilm Al-Kalam (or philosophy of Islam). Maulana Syed Sulaiman Nadwi, for instance, notes in his book “Hayat-e-Shibli” (the life of Shibli):  “As it is appears from the study of his [Shibli’s) earlier writings on Ilm Al-Kalam, he took the matters of Hashr-O-Nashr (the Islamic belief in resurrection), heaven and hell and incidents after death in a spiritual and esoteric sense”.

Maulana Nadwi further writes that “Shibli was indeed a believer in the existence of the angels (Malaikah), but at the same time, he opined that the angelic attributes have also been applied to the prophetic and human traits”.

It is worth mentioning that Shibli could not remain untouched by the spiritual and mystical thoughts of authentic Sufis such as Maulana Jalaluddin Rumi, Hazrat Nizamuddin Aulia, Ameer Khusrou and many other prominent Sufis of Indian subcontinent and Central Asia. Remarkably, he wrote a complete biography of Maulana Jalaluddin Rumi and highlighted him as a great Sufi sage of Persia and the master of the worldwide Sufi order “Naqshbandiya” that originated in India. Besides this work entitled, "Sawaanih Maulana Rumi” (the biography of Maulana Rumi), his writings on Sufi saints also include "Hayat-e-Khusrou" (the life of Khusrou) that sheds light on this Sufi luminary of India and his everlasting spiritual legacy in a coherent and cogent intellectual manner.