In the Sharī‘ah, Hadd is a punishment prescribed for the violation of Huqūq-Allāh (rights of Allāh)

The crimes against which Hadd has been fixed are six:

(i)  theft  (ii)   dacoity  (iii)  fornication   (iv)  slandering chaste women  (v)  drinking of liquor and (vi) apostasy. Out of these six (i) to (iv) have been prescribed by the holy Qur’ān whereas Hadd against (v) and (vi) has been fixed by the Sunnah of the holy Prophet.

The Qur’ān prescribes cutting off of hands for theft (5:38); execution, or fructification, or cutting off of hands and feet from opposite sides, or exile from the land for dacoity (5:33); flogging (for unmarried male or female) and stoning to death (for married male or female) in case of adultery; and flogging with eighty stripes and rejecting the offender’s evidence ever after in case of slandering chaste women (and men). (24:4). Rasūlullāh ﷺ fixed forty Darbāt (strokes) for the drinker of wine. 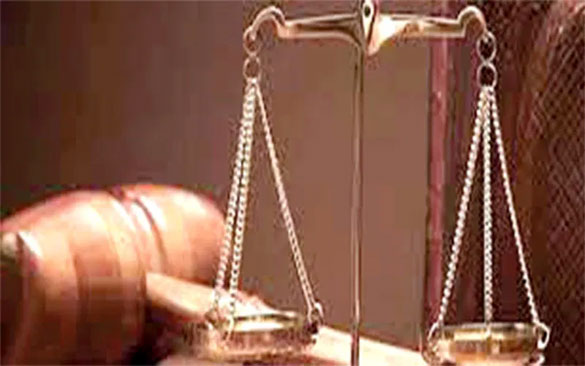 Those crimes for which Qisas is prescribed include murder and causing harm to human body. The holy Qur’ān commands further:

In case of those offences where no punishment has been fixed, (i.e., such cases are neither covered by the Hadd nor the Qisas) “or where, though the penalty is appointed but could not be imposed because of doubt, and non-imposition is likely to produce mischief, then the Qadi (judge) shall have to act according to his own conclusions reached after due thought and reflection. Circumstances or affairs are of infinite varieties, hence, action according to one’s own conclusions is definitely preferable in such cases.”

Legally speaking, Hadd expresses the correction appointed and specified by the Sharī‘ah on account of the right of God, and hence the extension of the term Hadd to Qisas (retaliation) is not approved, since the later is due as a right of man, and not  as a right of God; and in the same manner, the extension of Qisas to Ta’zir (or discriminatory chastisement) is not approved, as Ta‘zir is not specified or determined by any fixed rules of law, but committed to the discretion of the Qādī.

In Islam the concept of punishment is related to faith and conscience, in its interaction with the belief of punishment in the life hereafter, the heavenly reward for abstention from wrongdoing and because punitive measures include repentance.

Allāh “not only punishes but forgives”. Since His ‘Will or Plan’ ‘is the true standard of righteousness and justice, it is His Will ‘that can really define the bounds or forgiveness or punishment.’ Hence like punishment, forgiveness also plays its own role:

“But if the thief repent after his crime, and amend his conduct, Allāh turneth to him in forgiveness; for Allāh if Oft forgiving, Most Merciful.” (5:39)

That is because the original design in the institution of punishment is not to legitimize widespread killing and “barbarity” in the name of law but to stop people from committing offensive actions.

Faith and belief also plays its role in preventing and controlling crime in society when the Sharī‘ah, while on one hand takes every step to discourage crime and punish criminals, encourages doing of commendable deeds on the other, thereby helping to build up a just and peaceful order:

“The knowledge of the Law of retaliation restrains from intentional slaughter or culpable homicide and so is a source of life to two persons. Islām, the ideal-practical religion of humanity, does fully recognize the need of a law of retaliation, in sharp distinction from an unqualified justalionis which makes endless every affair when once it has been started, and which is at best suited only to the savage stages of society.”

Without a severe punishment a criminal will always roam freely fulfilling his nefarious designs without any fear of being punished in the same manner he committed the crime. Thus a mere imprisonment for some time for the crime of murder does not serve the purpose of law as the criminal, after suffering the imprisonment, comes out of jail. This may at times raise strong feelings of hatred and vengeance among the heirs of the murdered, giving, in turn, rise to an unending chain of murders and counter murders. However, qisās may have its own limitations. Therefore, though recognizing it in theory, the holy Qur’ān discourages this form of remedy in every possible way.

Hence the whole penalty can be remitted if the aggrieved party agrees, out of brotherly love. (2:178)

One import thing is that although the heirs of the murdered have every right to take qisās, ‘they can compound with the offender for money, or, if they choose, pardon him.’ But if they choose retaliation, then there is consensus that they cannot kill the murderer with their own hands, but the state may impose the punishment because it is not always easy to determine where qisās is actually applicable and also because there are high chances that heirs of the offended may transgress the prescribed limits of the law and may in turn become oppressors themselves.

“Nor take life—which Allāh has made sacred—except for just cause.” (17:33)

This Āyah says that although life is sacred and it is one of the most heinous crimes to take any life, but a person can be killed if the cause is just. That means if a person kills any other person or spreads Fasad in the land (5:32), he can be killed in retaliation and also because mischief itself becomes responsible for the loss of so many lives.

Now, since Islām stands for equality of mankind, that is why the law of qisās “only takes account of three conditions in civil society: free for free, slave for slave, woman for woman (2:178). Among freemen or woman, all are equal: you cannot ask that because a wealthy; or high-born, or influential man is killed, his life is equal to two or three lives among the poor or the lowly. Nor, in cases of murder, can you go into the value or abilities of a slave. A woman is mentioned separately because her position is different. She does not form a third class, but a division in the other two classes. One life having been lost, do not waste many lives in retaliation: at most, let the law take one life under strictly prescribed conditions.

Now, before trying to find out why such severe punishments as cutting off of hands, stoning to death etc. have been prescribed in Islam, it is adequate to mention the basic purpose of the Sharī’ah.

Briefly, the society Islāmic Sharī‘ah intends to establish is primarily based upon the principles of justice and peace.

For some crimes Allāh  has prescribed Hadd. Such crimes make very disastrous impact on society and cause Fasad on earth. Man’s self is inclined towards such vices and (if not checked) they become his second nature. Very often the offended person cannot keep away the harm from him…. In such crimes warning the criminals about the chastisement of the Day of Judgment is not sufficient but it needs to curse them and punish them sternly so such examples remain always before people and they may not dare commit such crimes.

That implies that the punishment itself must be so effective that the desired goal is successfully achieved. Hence effective punishments can be of two kinds:

An effective punishment can be that containing both the aspects at the same time.

Islām believes in freedom of thought. That is why it abhors coercion in matters of faith.

Since Islām stand for the “reconciliation of reason and revelation” (Cf. my previous articles on the subject), it therefore holds that the apostates should first be tried to convince rationally if they have got any doubt in their mind about the truthfulness of Islām. If they return back, and repent, they should be forgiven, and if they still reject, for no genuine reason, they should be killed. Why?

Freedom of thought in Islam has its own meaning in a specific perspective. But if this right is exploited for immorality and if any element other than the ‘purely ideational’ is permitted to influence the deciding process of the mind, as in case of the apostate who has no genuine grievance against Islam, (and if he has, he is necessarily to be convinced), this right becomes vitiated. Thus apostasy leads to subversion in a just and peaceful society where the non-Muslims as Dhimmīs enjoy the same rights as human beings as do the Muslims. Apostasy therefore, is considered as rebellion

One of the most important aspects of the Sharī‘ah of Islām is that whereas it prescribes severe punishments, it also takes extreme caution in their imposition. As for as possible people are saved from prescribed punishments. Allāh’s Messenger ﷺ  directed the judges in these words:

“Shut off prescribed penalties by doubts.”

“It is better for me to eliminate the prescribed punishments by doubts than to impose them in the face of doubts.”

Secondly, where the guilt of the accused is not proved beyond doubt, the ‘Uqūbāt will not be imposed. The evidence must be of a high probative value, definitely supporting the allegations against the accused, in the absence of such evidence, Ta‘Zirāt (statutory penalties) can be prescribed by law if there is evidence to support such a decision. Otherwise the accused will not be punished at all.

“Thirdly, the standard to which evidence and testimony should conform, to justify the imposition of prescribed penalties, is also very high and, impeachable proof is a condition precedent for the award thereof. Extreme caution is the rule for the evaluation of the probative value of evidence and testimony produced against an accused. Consequently, the sphere of prescribed penalties is reduced considerably.”