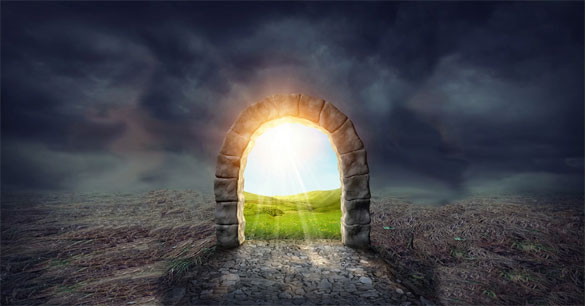 IS heaven like a modern nation state that has restricted entry on the basis of birth in particular region/religion? Who says God has no reward for other faith communities? None of the towering scholars holds historical Islam has monopoly on salvation. Islam that alone is acceptable to God according to the Holy Qur’an embraces, as metaphysic, all revealed traditions and can’t be identified with Sharia tagged historical Islam given Sharia has kept changing previously but salvific efficacy hasn’t from Adam/Noah to Muhammad. The logic of salvation couldn’t change on any arbitrary date and none has so far fixed that date either. Islam questions those who maintain Judaic or Christian monopoly on salvation and can’t contradict itself by asserting its own monopoly.

Salvation is primarily a function of metaphysical/esoteric core that stays/stayed unchanged across scriptures. Even if salvation of believers in other religions is theoretically not conceded, in practice when it comes to pronouncing judgement on the fate of others, many considerations come into play and somehow salvation is conceded for religious other and even non-religious other to various degrees by various influential contributors to the debate in Islamic tradition. The following points may be noted in understanding the complex issue of salvation of non-Muslims.

Our religion provides privileged (though not necessarily exclusive) access to salvation. We are not committed to denial of salvation of believers of other traditions in principle as we can’t determine, in a given concrete situation, whether a particular person or faith community is properly exposed to truth of our salvific scheme.

Salvation can be offered in its pristine sense on the terms specified in our tradition. If it could be shown that it is love/truth/grace that saves and these are actualized through alternative paths or real objectives of various dogmatic formulations – and we can’t foreclose debate on such possibilities – we must in principle remain open to claims that salvation can’t be restricted to one’s own tradition. We can’t be sure about God’s choice to extend His mercy to any particular person.

We don’t know faith or state of a person at the moment of death or even during life as faith has an existential aspect that is impenetrable to the gaze of the other/analyst and thus we must suspend judgment. One can count on fingers persons whose fate is sealed according to traditional canon and about the rest one can have a goodly opinion or reserve one’s opinion. Since justice has to be done as God is Justice, the accident of birth in particular religion can’t be central determining factor in winning salvation. God is sure to institute reward but can suspend or forgive punishment. There is asymmetry between duration of His Heaven, promise of reward and mercy and duration of hell and threat of punishment.

The following select questions one could ask any defender of monopoly of salvation: (i) Do you think it is absolutely certain that Islam restricts salvation to Muslims or non-Muslims can be saved due to the facts that they are not exposed to Islam in an attractive manner, divine mercy can’t be restricted and their various excuses/weaknesses could be entertained? (ii) Can you vouch for the possibility that so many sane persons will deny Islam when Islam is presented in a truly attractive manner? Isn’t it the case that Islam has yet to be presented in the attractive manner to major historians, philosophers, social scientists, writers and politicians of the world or they are just ignorant arrogant foolhardy complacent people? (iii) Isn’t salvation in principle open to all sincere seekers – anonymous Muslims? Does Islam save by confession to belong to a particular community identity or to Truth, Intelligence, Objective Order, surrendering the self to the One/non-self/Real? Is Islam here inclusive of previous revealed traditions and thus not identifiable with historical Islam’s distinctive identity?

(iv) Who can declare someone unworthy of salvation? Who can assert who has faith and who has none or who knows truth and then arrogantly denies it? Did God give exclusive rights to Muslims to determine eligibility of visa documents of particular cases to heaven?

(v) Do we need to speculate about future fate or note the present status of a particular person to have reasonable view of his fate here and hereafter? Does one go to hell or heaven or one is in hell or heaven really and one’s poverty or riches get only clearly manifested posthumously? Isn’t virtue its own reward? Aren’t this and otherworld coterminous? Aren’t all the goodly things here reflections from the other world? Isn’t God/Heaven in the present moment, in eternal now?

(vi) Given a Muhammedan is one who realizes the perfections of all the prophets – an ideal worthy of emulating for every man who can assert that he is truly a Muhammedan and give each created thing exactly what is due to it and who can be more inclusivist than a Muhammedan in this sense? Hesitancy to answer all these questions shows one concedes, in theory or practice, salvation to religious other. Indeed if God’s Mercy has the last word, we can be hopeful.

Indeed, as traditions indicate and some scholars argue, hell shall be emptied or cooled or turned into a place of bliss and none can escape God the Irresistible (resist His love) in the long run and God arranges return of all and sundry to Him and to rest in God is salvation. God alone exists or His Face alone remains as everything else is ephemeral. Saints and sages like Ibn Arabi inform, first hand, of heaven and hell and illuminate the question of monopoly on salvation so that one sees for oneself and needn’t just speculate with Ulema that are not Urafa/Hukama. Monopoly on salvation is across traditions including Islam by most mystics and traditional philosophers, artists/poets, most modern scholars of world religions and significant number of believers as part of their belief system.