Why is There No Exit Option from Islam?

It Can Only Mean That Islam Is Unsure Of Its Foundation

1.    Askar Ali was hounded by family and society for renouncing Islam.

3.    But those who want to leave Islam are branded apostates who can be legitimately killed.

4.    Taqlid or blind adherence has been the bane of Muslim society. 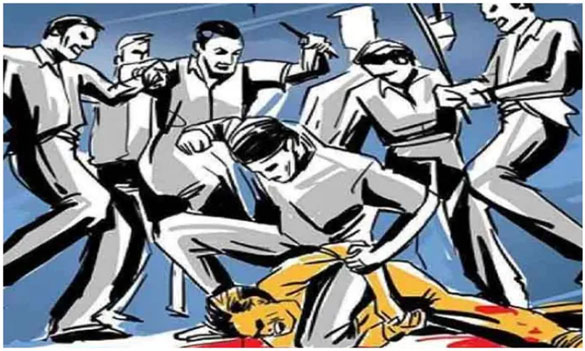 Askar Ali, a native of Mallapuram in Kerala was scheduled to speak in Kollam, at an event to “promote scientific temper, humanism and the spirit of inquiry and reform society”. He alleges that he was prevented from doing so by a group of Muslims who apparently kidnapped, misbehaved and threatened him. It must be mentioned here that Askar Ali is himself a student of Islamic theology and he wanted to speak on his experience of going through such a scholarship. Ali was finally able to deliver his speech in the presence of police but the whole incident has left him traumatized. Ali also says that his family members were the first to oppose him.

But what is the issue here? Why did the Muslim society oppose Ali to speak his mind? Well, that’s because Ali has renounced his faith in Islam and his journey towards “humanism” dictates his conscience to speak against all dogmas. Since he is most familiar with the tradition of Islam, he wanted to speak on how Islam needs to be reformed so that Muslims are able to inculcate rationality and scientific temper. But then, some followers of Islam seem to have decided that it will have a detrimental effect on the minds of Muslims, especially the young, and hence resorted to all sorts of illegal practices to stop Ali from speaking.

We haven’t heard the end of it. Kerala has a registered body of ex-Muslims (Muslims who have left Islam) and they are sure to take up Ali’s case. On the other hand, the state also has some very conservative religious factions who are bound to oppose him. A year ago, a video of a madrasa teacher in Kerala went viral as he was seen advocating killing those who leave Islam. It must be mentioned that amongst all those Indians who went to join ISIS, the majority came from Kerala. No wonder then, Muslims who become unhinged from Islamic teachings have a tough time articulating their views.

But this is not the case of a lone Muslim in one state; rather this is a problem which all Muslim societies are facing for a long time. Many Muslims who no longer believe in the doctrine lead double- lives, pretending to have Iman (faith) in front of family and friends while opening up only within a select group. It is also true that Muslim society is tolerant towards such Muslims who despite leaving Islam do not publicly proclaim it. The minute he or she decides to air their views, hell breaks loose on them. First, they are ostracized from the family and society and at times they are even attacked for their non-conformist views. While the Ulama in Egypt understand atheism as a mental illness, the Indian Muslim society brings inordinate amount of pressure to bring the person back within the fold of Islam or even threaten to kill him.

An individual is not a citizen till the time he or she has the freedom to speak freely. In not allowing non-believing Muslims to speak their minds, the Muslim society is infringing on their basic freedom of thought and expression. Even saner Muslims argue that non-believing Muslims spread chaos in society through their unconventional views and that in the process they hurt the feeling of others (Muslims). But the same Muslims never have an issue when all kinds of nonsense are spoken by believers. One can hear the Ulama rubbishing other faiths, especially the “idol worshipping Hinduism” in trying to proclaim the finality of Islam. Saner Muslims never challenge even the idiocy of those Ulama who try to prove scientific facts in the Quran and end up making a fool of themselves each time they do it. Why then the same courtesy is not extended to those Muslims who think Islam needs to be critiqued and reformed.

The problem is much deeper. Taqlid (blind adherence) has become the defining principle of all law schools, especially amongst the Hanafis in South Asia. It simply means that Muslims have to follow whatever has been ordained for them by the Ulama in their writings. Such authoritative writings can only be extended by arguing for it but never against it. Theological knowledge in Islam can only have additions to approved principles. That’s even the likes of traditionalists like Ali Dashti and Fazlur Rahman, who tried a fresh interpretation (ijtihad), have been thrown out or relegated to the margins of Muslim religious imaginary. And we know that blind adherence of anything is not conducive to intellectual growth. This also runs inverse to the Quranic teaching which tells the believers to wonder and be curious about the world around them.

Anyone who thinks out of the box is branded an apostate. This label puts the life of the accused in danger but also inhibits any kind of religious inquiry within Muslims. Someone who renounces Islam should be asked to repent failing which he or she is liable to be killed. This principle is upheld by all law schools, various hadith literature and even from the Quran itself. The only difference amongst scholars is by whom such a punishment should be given: the people, the Islamic state or God himself. Under the impact of such a theology, it is not entirely surprising that Muslims want to kill anyone who is even slightly suspected of being an apostate. In, India the situation might not to be as dire as it is in Pakistan, but given the general direction of religious orthodoxy, one cannot say that such things will not start happening in India.

The case of Askar Ali is therefore not an exception. Muslim society brings its full might on anyone who opposes this tradition of blind adherence to theological consensus. This happens to even those who want to remain within the orbit of Islam but are perturbed by its theology and have some genuine questions about slavery, gender equality, etc. Rather than satisfying the intellectual curiosity of such people, Muslim society starts doubting the intention of such persons. The result is that he or she is forced to seek an exit from Islam. But even that is not acceptable to Muslims. Because the minute you go outside the fold, you are liable to be killed. While Islam claims that it spread through persuasion rather than the sword, its failure to give an exit option to Muslims belies its own principles.