Optimism and Precaution: Islamic Way of Fighting Every Curse on Humanity

Allah And His Apostle, Prophet Muhammad Pbuh Have Always Commanded Human Beings To Take Precaution And Be Optimistic About The Favourable Outcome

1. Being optimistic and having trust in Allah is the essence of Islamic belief.

2. Allah, God or Bhagwan, with whatever name He is called, has always been on the back of His creation to help them come out of the direst of the situations.

3. The Hadees, “Tie your camel first, and then put your trust in Allah”, points towards optimism with precaution.

4. Prophet Muhammad Pbuh and His Optimism was behind the success of his mission of Dawah. 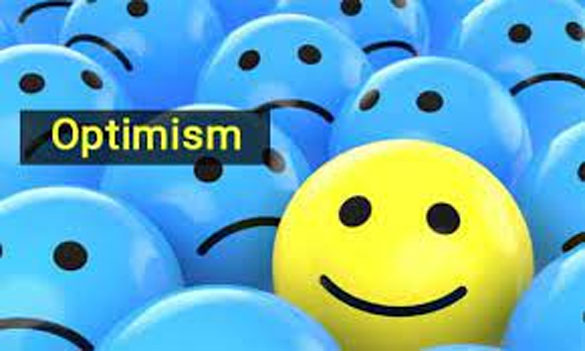 Being optimistic and having trust in Allah is the essence of Islamic belief. Human beings have many times fallen into the trap of mysterious diseases and natural calamities. But they have, by the grace of God, come out of it because deep in their hearts they believed that their creator will help them come out of the direst of the situations.

We, the human being call and pray our Creator with many names, like Allah, the Most Merciful, God or Bhagwan, according to our belief, for relief from tragedies and get the same reward, the cure. People come out from the jaws of death and believe God has saved them as they had lost all worldly hopes except the hope they had in God.

Taking for example the ongoing curse of the epidemic, Covid-19, people all over the world should take all possible precautions and ultimately pray to God for the safety of the human race. Many unscientific myths have been created and many unhygienic treatments have come forward as a treatment to the disease for centuries and centuries but ultimately faith in Allah and precautions taken have come to the rescue.

Optimism and Precaution: Islamic Way of Fighting Every Curse on Humanity

Allah, the Most High and His Apostle, Prophet Muhammad Pbuh have always commanded and asked human being to take precaution and be optimistic about the favourable outcome, no matter how bad a situation may be.  “Tie your camel first, and then put your trust in Allah”, is one of the many famous Ahadees that points in the same direction.

‘Hopefulness And Confidence About The Future Or The Success Of Something’ is how Oxford Dictionary defines the word ‘Optimism’ and this is what Islam calls for:

The above mentioned Ayat is a pointer of being hopeful about the future or success of something, as Oxford defines ‘optimism’,  through the supplication believing that Allah is the Most Kind. An optimistic attitude of a human being turns into ‘a goodness’ for him as he does not let pessimism enter into his thoughts and actions. Prophet Muhammad ﷺ describes this phenomenon in the following words:

We can not ignore the stories coming out of this horrific situation, created by Covid-19, that inform the world that many people have defeated the curse of pandemic and have come victorious because of their positive thoughts and the supplications of their family and friends. They were successful in defeating the most worrisome situation as they never lost hope and kept faith in the Creator of the world.

Optimistic and pessimistic thoughts are the doors to success and devastation, as the case may be because they create impression on human minds that takes them on the path their minds selects for. We will have to be hopeful of Allah’s mercies in whatever the situation may be. There are stories of the prophets, Dawud (David) and Sulayman (Solomon), Ayyub (Job) and Talut (Saul), an Israelite king mentioned in the Holy Quran that is dedicated to optimism, with the hope of relief from Allah, the Most Gracious.

A human being must not lose patience and should be confident of Allah’s mercies knowing that Allah, the Most Gracious never overburdens a man with the difficulties that he can not overcome. The Holy Quran says:

“And We charge no soul except [what is within] its capacity, and with Us is a record which speaks with truth, and they will not be wronged.” (Qur’an 23:62)

We must then not lose hope and be optimistic of our good in all the difficult times and circumstances of whatever nature it may be.

Prophet Muhammad Pbuh and His Optimism

Prophet Muhammad Pbuh was put in such difficult times that a common man can not even imagine to have patience in and bear it but the Apostle of Allah was in knew that Allah’s help will come and he will successfully overcome the precarious situation people have created for him. Fulfilment of prophetic mission was possible because of the trait of optimism Prophet ﷺ had ingrained in his personality. He unsuccessfully kept people inviting to Islam for many years but never lost hope of his mission being successful. This optimism of his came true because of his faith in Allah, the All-Knowing and his unquestioned sincerity and he became the most respected and influential leader of all time to come.

Some of the Ahadees that sermon the greatness of ‘hope’ with belief in Allah, the Most Merciful are as under:

“Hoping for good is also an act of worship of Allah” (Tirmidhi and Hakim).

The Prophet Muhammad (s) said: “There is no infection and there are no bad omens, although I am pleased by a good omen – a good word.”

“Supplicate Allah Almighty and be certain that He will answer your prayer” (Tirmidhi).

Be Positive & Productive till Your Last Breath

“If the Day of Resurrection were established upon one of you, while he has in his hand a sapling (small plant), then let him plant it.” (Ahmad).

Abu Hurairah (I) narrated that the Prophet (ﷺ) said:

“Allah, the Mighty and Majestic, said: ‘I am to my slave as he thinks of Me. If he has good thoughts of Me, then that is good for him, and if He has bad thoughts then that is bad for him.” Imaam Ahmad reports in the Musnad (9076 – Saheeh) 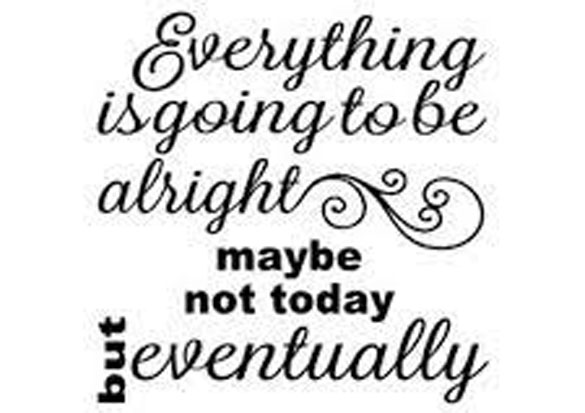 The human being is in the midst of a very precarious situation that demands from all of us to be positive and keep our fellow beings in a positive state of mind as it is a must for all of us that the medical treatment shows the much better effect if the patient is in a positive frame of mind and hopes against the hope that everything will be fine and he will be among his family and friends, sooner than later. People are to be advised to take all kinds of precautions and hope for the best. Consider the following Hadees: