1.    Children are the most innocent of all beings.

2.    It looks as if time has changed to such a bad phase of world’s existence that few are caring for children nowadays.

3.    Child Care Home is now a business that is not being run honestly and compassionately but in the most gruesome and inhuman manner.

4.    Religious symbols carried on our persons are just a way of cheating the people and God alike. 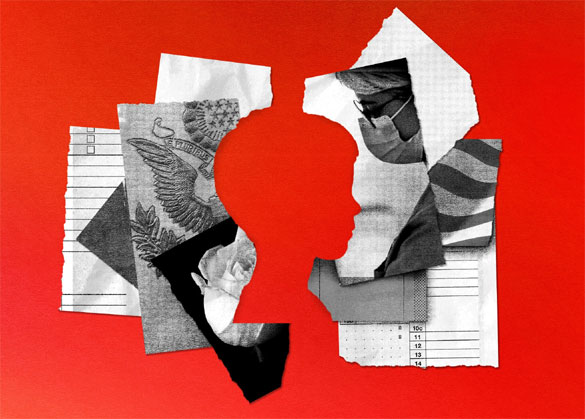 Children are angels. Children are the most innocent of all beings. Their smile is the most realistic and soothing experience of life. Angels are there to safeguard the children from every kind of mishap. We have been witness to innumerable such happenings and have acknowledged that Allah the Most Gracious saved the kid. When children smile in their sleep, we say they are playing with the angels. And certainly, they do because angels only can play with angels. Rudest of people have been seen smiling when confronted with kids.

It looks as if time has changed to so bad a phase of world’s existence that no one is caring for children nowadays. There are innumerable Children Homes run either by the government agencies or on the donations of the government agencies by private players. Running a Children Home has taken a form of a business. A business that is not being run honestly and compassionately but in the most gruesome and inhuman manner. Daily newspapers sometimes, when their inner soul awakes report the atrocious way and pathetic conditions of the Children Homes. This is one thing that could have been taken care of by society and the innocent souls been taken care of like our children. But, no. That is not to be.

Taking the children as a no threat to the exploiters of their rights, they are treated on the whims and fancies of the people who run such caretaker homes. These Children Homes are located in residential colonies or are run from small towns on the outskirts of big towns that have people living around them, even then the children are subjected to various kinds of torturous, heinous crimes without any knowledge to the people residing around them. This is because our insensible mind does not ever think of visiting children homes even on festivals or on other social occasions. Neighbours visiting the children occasionally would have kept the perpetrators of crime against them on alert mode and many such crimes would not have occurred.

We all boast of being religious and God-fearing people. We do carry religious symbols on our persons but all these seem to be just a way of cheating the people and the God alike. Allah knows all that is there in our hearts. Allah says in the Holy Quran:

Say: "Whether you conceal what is in your hearts or bring it into the open, God knows it. -(Surah Ali 'Imran - 29)

Therefore, we should act to earn God's mercies and blessings not exhibit our religiousness and piety. Take care of the children irrespective of their religion and caste because to God every child is an angel with all the angelic traits. Allah is the creator of the universe and everything is in it, therefore, taking care of children is taking care of the innocent souls created by God.

The Holy Quran has various verses that are Allah’s commands for the believers regarding our duties towards the children. There are innumerable Prophetic traditions that exhibit Prophet Muhammad Pbuh’s love and care for children irrespective of their parent’s religion. Consider the Ayaat from the Holy Quran and the Prophetic traditions that may be an eye-opener for us the humankind and we are guided on to the righteous path.

Quranic Commands Regarding our Duties towards the Children

“...kill not your children because of poverty - We provide sustenance for you and for them”. (Quran 6:151)

O you who believe! Save yourselves and your families from a Fire whose fuel is people and stones, over which are [designated] angels, [dreadfully] stern and severe...... (Al-Ta ḥrîm: 6) Sahih International

And [mention] when your Lord took from the children of Adam - from their loins - their descendants and made them testify of themselves, [saying to them], "Am I not your Lord?" They said, "Yes, we have testified." [This] - lest you should say on the Day of Resurrection, "Indeed, we were of this unaware." - (Al-Aʿrâf:172)

Now, their (deceased) father was a righteous man; so your Lord intended for both [his sons] to reach full maturity and then to bring forth their treasure [that he had hid for them] for themselves, as a mercy from your Lord. (Al-Kahf: 82)

And they [the Servants of the All-Merciful] are the ones who say: Our Lord! Grant us in our spouses and our children the joy of our eyes. Moreover, make us an exemplar [of goodness] for the God-fearing (Sûrat Al-Furqân: 74).

Prophetic Traditions on Muhammad Pbuh's Love and Care for the Children

Messenger Pbuh said: He who does not show mercy (towards his children), no mercy would be shown to him.”- (Muslim)

When someone expressed astonishment at the Prophet when the Prophet kissed his grandchild, he responded, "What can I do if God has deprived your heart of all human feeling?"

Once, Muhammad was sitting with a child in his lap, and the child urinated over Muhammad. Embarrassed, the father scolded the child. Muhammad restrained the father and advised him: "This is not a big issue. My clothes can be washed. But be careful with how you treat the child. What can restore his self-esteem after you have dealt with him in public like this?"

The Prophet (SAW) said, “Indeed among the believers with the most complete faith is the one who is the best in conduct and the most kind to his family.” (At-Tirmizi)

Narrated by Anas r.a himself: “I served the Prophet (SAW) for ten years, and he never said to me, ‘Uff’ (a minor harsh word denoting impatience) and never blamed me by saying, "Why did you do so or why didn't you do so?” - (Al-Bukhari)

Aishah, the mother of the believers r.a said, "I have not seen anyone who resembled the Prophet Pbuh in terms of words, speech and manners, more than Fatimah" Aishah continued, "When the Prophet saw her coming, he would greet her and then he would stand up for her, kissed her, took her hand and brought her to sit in his place. When the Prophet (SAW) visited her, she would greet him, stood up for him, and kissed him.” - (Al-Bukhari)

An-Nu'man bin Bashir said, “My father took me to the Prophet (SAW) to ask him to bear witness to something that he had given to me. He said: “Do you have any other children?” He replied: “Yes” He gestured with his handheld horizontally like this, (saying): 'Why don't you treat them all equally?” - (An-Nasa’i)

Prophet ﷺ said: “Teach your children swimming, archery and horseback riding.” So teach them sports too. Sports have many benefits including teamwork, leadership, sportsmanship and physical fitness.

If one has three daughters and bears troubles caused by them patiently, Allah will elevate him to the highest level of Paradise. A man heard this and asked him: “O Messenger of Allah! Will he still go to Heaven if he has two daughters [and does the like]?” “Even two,” he answered. - Prophet ﷺ

Prophet ﷺ said: Most assuredly, you spend not wealth [i.e. provision for your family] sincerely for the sake of Allah save that you are given a reward for it—even the morsel you put into the mouth of your wife. 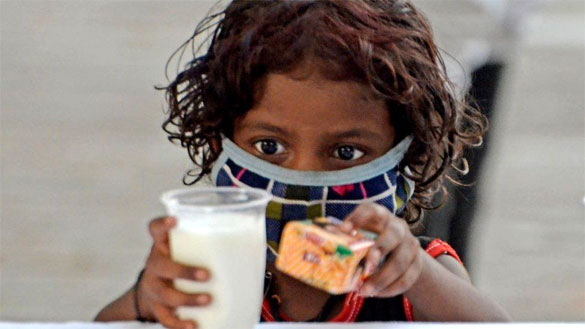 Children have been severely affected by India's second wave of coronavirus

Some news and opinions from the world describing the pathetic conditions of children in the aftermath of Covid-19:

Thousands Of Children Have Lost Parents To COVID-19. We Urgently Need A System To Care For Them

Losing Parents To Covid, Many Children Stare At Uncertain Future

Global Minimum Estimates Of Children Affected By COVID-19-Associated Orphanhood And Deaths Of Caregivers: A Modelling Study

Children Orphaned During Covid-19 Should Be Covered Under Welfare Schemes: SC

Poverty-stricken children, children of the war zones and the orphans were not enough that the horrible epidemic Covid-19 made hundreds and thousands of children orphans. These little souls have been left alone to take care of themselves, nobody in sight. Daily newspapers carry news of children being the weakest target of the epidemic that has brought them to the streets on the mercies of society. This is the time for humanity to woke up and adopt as many children as they could for their suitable bringing up.