The Ping-Pong face-off between the pro-Malala-for-Nobel and anti-Malala-for-Nobel camps is still simmering even though the prize belongs to the Organization for the Prohibition of Chemical Weapons, or OPCW. 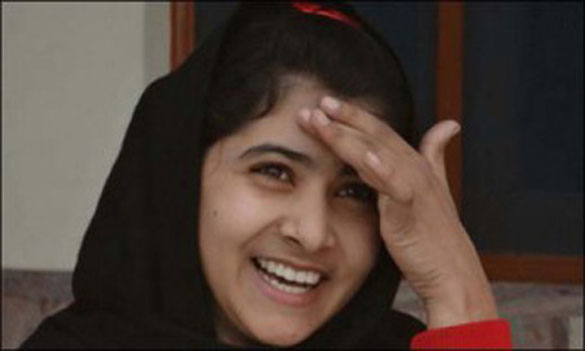 I'm not sure how Malala has taken the news but I don't think she ought to be too upset. After all, she did get the European Union's Sakharov prize for freedom of thought for being an icon of hope for the youth of today and tomorrow.

Edward Snowden, another contender for what is said to be Europe's top human rights prize — it comes with a $50,000 award —was not considered good role model material in the end. No surprises there.

The pro-Malala camp should take heart from this. The teen spoke before an audience of high-level diplomats at the United Nations general assembly.

In October she was awarded the Sakharov prize; other winners include Nelson Mandela, who spent 27 years in captivity, and Aung San Syu Kyi, who until recently, has been the symbol of Myanmar's resistance through a 15-year-long house arrest. That should be inspiration enough to keep her going on her mission, which, as she says is to ensure education for girls everywhere. Campaigning for her to get the Nobel Prize almost ridicules the value of what she has won already. Second, and more importantly, what is the objective of the worlds' most sought-after peace prize?

On paper its mission is to award an individual or organization that has done "the most or the best work for fraternity between nations, for the abolition or reduction of standing armies and for the holding and promotion of peace congresses," a minor irony considering Alfred Nobel's contribution to armament. This implies that the awardees’ should have spent a significant number of years trying to achieve peace. After all, OPCW has a three-and-a half decade record of fighting the use of chemical weapons. The award is not meant to be political, and yet, there are numerous controversies surrounding prior choices for this global award of excellence. For instance, I'm still in the dark as to why Barack Obama deserved the post of laureate, another irony as he screamed for war and retaliation in Syria. But I think the point remains that a body of work demonstrating commitment to a cause should be the minimum pre-requisite.

The anti-Malala camp should not take heart from this. Malala deserves whatever laurels have been given her, even if others are using her to advocate their cause. Discussions and debates on her father's credibility, hinting that he is Pakistani version of a Jon Benet Ramsey parent, are rubbish.

Malala's father is no different from Andrew Murray's mother —of the brand of parenthood that has extreme hopes and dreams for their children, and whose children prove up to the task.

Anyone who watched Malala's UN speech— her choice of donning Benazir Bhutto's scarf, the exemplary courage and confidence she exuded— can see that she is, self-desired , a politician in the making, not simply a pawn in some larger great game.

If you ask me, Malala's not winning the peace prize is not bad. She has been threatened, shot at, and hated by some and loved, adored and put on a pedestal by another. These are tough extremes for a 16-year-old to handle. We would want her to achieve her dream of inspiring and leading the young girls of a segregated Pakistan towards a better, brighter and more balanced future.

She has her work cut out for her; silver cups and gold medals can wait.

Sonya Fatah is a Pakistani journalist based in New Delhi.