ON AN average day a woman walking down a street in Cairo can expect catcalls. On a bad day she may get persistent unwanted telephone calls, be flashed at or groped. Sexual harassment is so rife that almost every woman in Egypt has experienced it, according to a UN report released earlier this year. And it is getting worse. In a ten-day period this summer, Operation Anti-Sexual Harassment, a local organisation, recorded 186 cases. And rape, judging by an array of reports, has become more frequent. 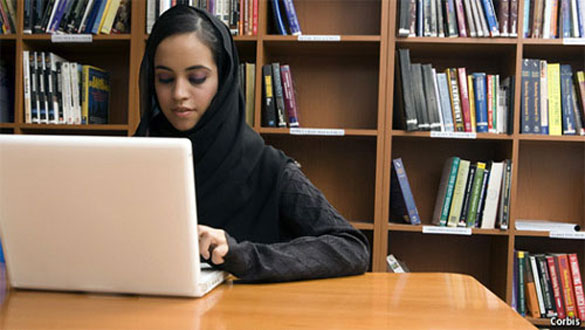 In the 1950s and 1960s women began to make slow but steady strides in parts of the Arab world, such as Syria and Egypt. Even parts of the conservative Gulf began more recently to follow suit. In several Gulf countries female students now outnumber males at university. Across the region, more women are working. Saudi Arabia, where they must cover themselves in public, cannot drive cars and must remain under male “guardianship”, looks more like the exception than the norm.

But the turbulence of the Arab spring appears to have slowed or even reversed progress. Safer world, a London-based research group, notes that women in such places as Egypt, Libya and Yemen have found it hard to have their rights upheld. Threats against politically active women have increased. Female representation amid the turmoil has not noticeably risen. In Egypt it has plunged. In a survey of 22 Arab countries recently conducted by the Thomson Reuters Foundation, Egypt came bottom, rather controversially two rungs below even Saudi Arabia.

The rise of Islamist influence is partly to blame. Religious laws, allowing men to have four wives and to inherit twice as much as a woman, have in the past been curtailed as governments embrace more secular norms. But devout preachers have sought to reinstate restrictions. Syrians fear a resurgence of conservative laws if rebels linked to al-Qaeda, who are growing in strength, take over. “They tell my wife not to wear trousers and to cover entirely,” says Muhammad, a fighter from Latakia province on Syria’s coast. “But that is not our culture.”

Even in places where governments are relatively progressive on social issues, old-fashioned attitudes die hard. A recent survey of 850 people in Jordan’s capital, Amman, found that nearly half of teenage boys and 20% of girls of the same age thought “honour killings” of women deemed to have flouted sexual norms could be justified. Many people uphold Islamic traditions to define themselves against the West, says Sarah Leah Whitson of Human Rights Watch, a lobby group based in New York.

Governments often do little to protect women. Women often speak of harassment by soldiers and police. A constitutional amendment to set a minimum age for marriage in Yemen, where child brides are standard, is still being argued over. The authorities in Egypt rarely act even when painstaking documentation of violence against women is presented, says Mariam Kirollos, a human-rights activist. In brighter spots such as Lebanon, personal freedoms in Beirut, the capital, such as a woman’s right to work and to wear and drink what she likes, are jealously guarded. Yet even there, legal protection for women—against domestic violence, for instance—is often absent. As in many other Arab countries, a woman married to a foreigner cannot pass her Lebanese nationality on to her children.

In the past, dictators tended to take ownership of the women’s rights issue to impress the West. When they fell, grassroots groups had to start from scratch. Over time this may lead to punchier and more genuine movements. In Egypt a group has launched an initiative called Harass map that uses crowd sourcing to track assaults and encourage women to report them. In Saudi Arabia women are posting films of themselves behind the wheel on YouTube. Lebanese women are calling for a law against domestic violence. And women’s groups across the region are linking up on the internet. “There are so many movements on the ground”, says Ms Kirollos, “that things will change.”