It’s easy to be cynical. Being cynical means not having to do anything, and the lack of action creates its own self-fulfilling prophecy. The cynical person sees a protest march and thinks, “That won’t accomplish anything”. And, if it doesn’t, then their cynicism is rewarded. 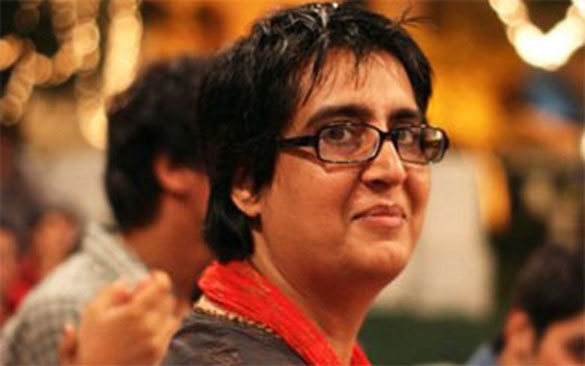 But, maybe, all the march needed was that one extra person to truly work.

Sabeen created things. She created movements and she created avenues of protest. She had no time for cynicism, because Sabeen was fuelled by hope. And, it was that hope that killed her.

It’s easy in these things to say, “We killed her with our apathy,” or, “Her idealism killed her”. But none of those things killed her. Hosting and promoting a talk on Balochistan didn’t even kill her. Giving Mama Qadeer space to speak didn’t kill her either, nor was she killed by her refusal to be cowed by censorship.

In the end, we know what killed her.

Five bullets, fired by a gunman, authorised by decision makers who have had so many others killed.

That’s what killed her.

She wasn’t the first to be killed by them, and she won’t be the last.

So don’t blame yourself, and don’t blame hope or idealism or courage or society or any of those other philosophical concepts. We need them.

The only ones to blame are her killers.

So what did they kill?

They killed Sabeen Mahmud. Sabeen who gave me my first job, back when she ran a web design company on Kh-e-Ittehad. Sabeen Mahmud who told me about her idea for a cafe that would be a safe space for creativity and expression, and I cynically told her it would never work.

Sabeen Mahmud who used to make me bring my daughter to comedy gigs so that she could play with her.

Sabeen Mahmud who used to idolise Steve Jobs and I used to goad her into arguments by mocking him, just because I knew we both liked arguing.

Sabeen Mahmud who said ‘no’ to tired and lazy cynicism, and set about creating avenues of hope.

Sabeen Mahmud who created a place where art hung on the walls and poets and writers and activists spoke the truth.

Sabeen Mahmud who knew this would eventually happen to her, but didn’t let that stop her, or even slow her down.

It’s customary also, to say, “Rest in peace.” But that’s not Sabeen.

Sabeen wouldn’t rest in peace. She had too much still to do, create, fight for.

Peace is what Sabeen was striving towards, and was killed for doing so. Sabeen Mahmud was too restless to “rest in peace”.