Their numbers are huge and potential unlimited. Spread across countries with diverse cultures but united in faith, Muslim women have the potential to fight disease, hunger, poverty, and violence that plague several Muslim-majority countries. 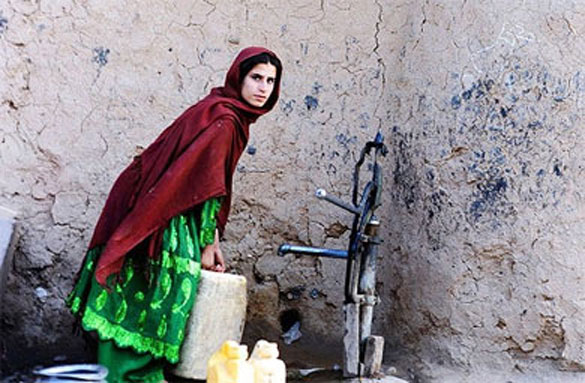 The global population of Muslim women is estimated at 800 million, which is more than the population of any single country, with the exception of China and India.

Still, adult women in most Muslim-majority countries do not work, are under-employed, or they don't receive market wages for their labour.

Structural barriers and misogyny are the primary reasons preventing women from being equal partners in the development of their respective economies and societies.

For economic development and prosperity to ever visit Muslim-majority countries, women's participation in the labour force is a prerequisite.

Saadia Zahidi is a senior director at the World Economic Forum. In a recent research brief, Ms. Zahidi notes that "a widespread education movement has elevated the prospects of millions of Muslim women."

The investment in education is taking place even in the oil-producing Arab countries. The ultimate consequence of increasing literacy among the Muslim women will be an increase in women's participation in the labour force.

Other studies have reached similar conclusions and have associated the lower participation of women in the workforce with Islam. Additional influences, such as culture, have not been explored independent of the religion.

A recent research paper explores the reasons behind the relatively lower participation rates for women in Muslim-majority countries.

The authors argue that the anomalously low level of women participation in the labour force is influenced more by the Arab culture than by Islam.

The authors developed mathematical models to separate the impact of ethnic and religious factors. Their results suggested that the Arab factor was a relatively stronger predictor of lower female labour force participation than religion.

In a related paper in 2008, Michael Ross argues that the Islamic injunctions may not be the reason behind lower women participation in the workforce. Ross is of the view that oil-based economies create fewer opportunities for women to work in the extractive sector.

The author compares the female representation in the labour force and socio-political spheres between Algeria’s oil-based economy and “oil-poor Morocco and Tunisia.”

Pakistan continues to lag behind the developed world in educating women and creating pathways for socio-economic independence.

To date, many feel strongly against working women.

Most men gleefully repeat the adage: ‘a woman’s place is in her home.” A 2010 survey of Pakistanis revealed that no fewer than 85 per cent favoured a law that would require men and women to be segregated.”

In comparison, in Egypt, an Arab-majority country, a mere 54 per cent would support a segregation law. At the same time, the majority of Muslims in Lebanon, Turkey, and Indonesia rejected the call for a segregated workplace.

The right kind of education that empowers women is needed to enhance Pakistan’s comparative advantage. Even basic literacy that helps mothers understand the importance of vaccination for their children will do wonders in the long run.

Empowering women with higher or basic health education will change the future labour markets in Pakistan.

The rise of the services sector in Pakistan suggests that women are likely to find meaningful employment provided they have the right education and skills.