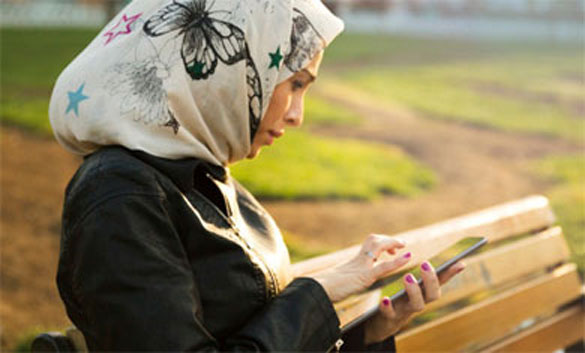 I am a Muslim woman and an American citizen. I wear the Hijab as an expression of my free religious choice and yet I encounter much resistance. From having neighbourhood boys motioning that I exit my vehicle, to road users scowling at me, to my mother telling me stories of getting the infamous middle finger from other drivers, to being asked by a variety of employers to remove my Hijab — these events have contributed to my experience of being a black Muslim woman living in America.

This narrative parallels the experiences of other Muslim women living in the United States. Recently, Ibtihaj Mohammed, who will be the first woman wearing a Hijab to represent the United States at the 2016 Olympic Games, was asked by a volunteer to remove her Hijab for an I.D. photo at SXSW registration.

The belief that Muslim women do not choose to wear the hijab is dangerous and problematic.

Similarly, in September 2015, a security guard instructed me to remove my Hijab for an I.D. photograph. I believe this request was not a result of ignorance of the attire of Muslim women, but because of Islamophobia and the popular dogmatic belief in the West that the Hijab is a symbol of oppression and not a dignified choice made by Muslim women. The belief that Muslim women do not choose to wear the Hijab is dangerous and problematic.

The idea that Muslim women who wear Hijabs are oppressed can influence the idea that there is nothing wrong with disregarding Muslim women’s constitutional right to practice freedom of religion by wearing the Hijab. For someone with this view, they may wonder: what’s wrong with asking someone to take off their Hijab if they are forced to wear it?

Certainly, there are women around the world who are forced to wear Hijabs, which should not be ignored. However, there are also many women who choose to wear the Hijab. These women should not be violated, or harassed for their choice that does not harm anyone. The demand for a woman to remove her Hijab perpetuates Islamophobia. It is problematic because it disrespects the fundamental beliefs of Muslim women who choose to wear the Hijab and it disregards their constitutional rights.

Muslim American women should not be humiliated and marginalized based on their religious identity.

There should be more educational conferences, workshops and training sessions for employees and people who hold positions of authority in society to educate and promote tolerance and understanding towards Muslim women who wear Hijabs. This may cause a decrease in the intolerance and harassment that Muslim Americans have been facing in the United States.

Muslim American women should not be humiliated and marginalized based on their religious identity. The practice of religious freedom and anti-discrimination is what makes America great in making a statement to revolutionize the world. I am not the first Muslim-American woman who was asked to remove my Hijab, but I pray that I am the last.