In Saudi Arabia, Where Women’s Suffrage Is a New Idea 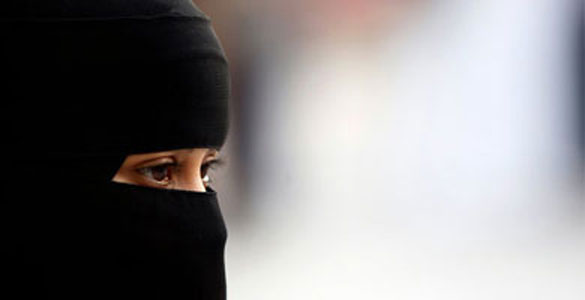 In December, women in Saudi Arabia will run for public office and vote for the first time. In theory, that should count as an advance for female empowerment in this ultraconservative country, but the reality is more ambiguous.

Nassima al-Sadah, a prominent human rights advocate and a leader of the movement to allow women to drive, has declared her candidacy for a municipal council seat (the only positions women may run for), set up a campaign committee and held workshops to encourage other women to get involved. “Men have to know that women must sit beside them in every decision-making and that their voices should be heard,” she said when I visited her home recently in Qatif in the Eastern Province.

“It’s a token, a step toward women’s full citizenship,” admitted Dr. Hatoon Alfassi, a university professor and leading women’s rights campaigner from Riyadh. Still, she is encouraged because “a good number of women are willing to break lots of taboos in order to reach out” and to withstand threats against them on social media by Saudis who believe women have no place in politics.

Yet many women I met in Saudi Arabia, most of them well educated and under 50, said they did not plan to vote.

One businesswoman said she was working in Paris and couldn’t get back to her assigned polling location by the registration deadline. A group of sophisticated 20-somethings I met in Riyadh confessed to being more interested in developing video games than in electoral politics. Even a well-known media personality and activist, Muna AbuSulayman, won’t be casting a ballot. She was overseas during the registration period and couldn’t get the paperwork together to register from afar.

There are many barriers to women’s participation. For one thing, the municipal councils, which approve budgets and oversee urban development projects, don’t have much real power, activists said, which makes voting seem less urgent and meaningful.

The government did a poor job informing women about registration procedures and opened too few registration stations. It set up absurd rules for campaigning — female candidates in this gender-segregated society are barred from attending campaign events where men are present and from contacting them on social media. “If I want to win, I have to target men and women. I can’t win if I don’t talk to men,” said Ms. Sadah.

The ban on women driving is a big impediment to political participation, as is the need to get permission from a male guardian to travel, work and enroll in school.

The slight opening in electoral politics was initiated by King Abdullah. But King Salman, who succeeded Abdullah in January, is preoccupied with economic and security issues, and appears to be backsliding on political reforms. And there is likely to be less pressure to expand political rights for women if they don’t exercise the limited ones they now have.

Despite all the barriers and rules, there are impressive examples of personal empowerment. Tasneem Salim and her 20-something friends are passionate and creative about developing and playing computer games. Excluded from an all-male gamers convention in Riyadh because of religious laws segregating men and women, they organized their own convention in 2012, which has been drawing 3,000 female gamers annually.

Naifa al-Fayez, an artist, established the Naila Art Gallery in Riyadh to promote contemporary art, which is not part of the Saudi tradition. Now, she is working on an expanded arts center that will include space for lectures and workshops, as well as exhibitions.

Maria Mahdaly, 27, based in Jidda, founded a media company with her mother that publishes a general interest monthly magazine called Destination.

They are exceptions in a society where women’s suffrage is still a brand new idea. It’s hard to see how a system that bars women from fully participating economically and politically can be sustained. For many younger women, especially those educated in the West, the dream is to make a life somewhere else. As one 30-year-old professional woman said, “Everyone I know has a plan B to leave” the country.