How should we look at Zaira Wasim’s exit from Bollywood? Wasim’s a very talented actress hailing from the valley. For many she was an inspiration not just in Kashmir but throughout the South Asian Muslim world. Her sudden decision to quit the film industry has left many bewildered and searching for answers. Many have said that it might be a publicity stunt before the release of another of her film. If that is the case, then she cannot be faulted as most major artistes in Mumbai have done it. However, the reiteration of her decision the very next day does indicate that she is serious about quitting the industry.

It is quite possible that this might be the rambling of a young adult not knowing how to negotiate with a new world. But we must remember that she has been negotiating such structures since the age of thirteen and therefore the thesis that her Facebook post might be a sudden burst of immaturity should also be put to rest. One can only come to the conclusion that what she wrote was well thought out and that she must have taken some time to come to the decision which she eventually took. 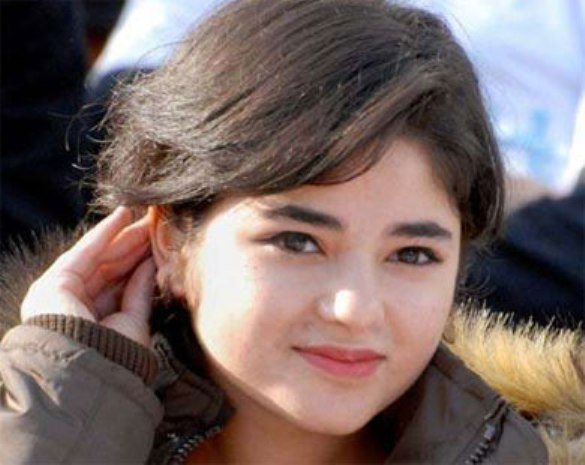 Probably the best way to understand the motive behind her decision is to look more carefully at what she has written in her long Facebook post. Zaira did find lot of ‘love and support’ from her fellow travellers but then she states that she was ‘ignorant’ during this phase of her life. It must be underlined that the word ‘ignorance’ has special meaning in Islam which tells us that true happiness and enlightenment is only possible by treading on the path decreed by Allah. She highlights that there are two types of ‘diseases’ which afflict the heart: doubt and desire. It almost seems that she had started doubting the path of Allah and that various doubts crept up during this phase of her life. Rather than understanding doubt as a creative force, she decides to snub it altogether by announcing that there is ‘nothing greater than faith’ and that we should ‘not forget what we were created for’. Of course, her Islam told her that we were created for the express purpose of worshipping Allah and that everything else was secondary to this fundamental act of subservience which every Muslim must pursue. No wonder then that she realised that being in the industry that she was, her relationship with her Islam was threatened.

Many have argued that this is her personal choice and that it should be respected. Really? Since when has religion become a matter of personal choice? All religions make demands from their followers; they make claims about the world and its creations and they fundamentally re-order the world around us. Religion, including Islam, is deeply political. And yet, there are people celebrating Zaira conversion as a personal choice. One does not have to be a feminist to understand the age old slogan that personal is political. It is rather disturbing that the same set of feminists is no longer using their feminist lens to analyse this problem.

Zaira’s decision must also be debated particularly within the Muslim circles because ultimately she has called Islam into question. Is this the kind of Islam we want? Is Islam intrinsically anti-women? After all, there have been many Muslim men working in the film industry but they never thought that their ‘line of work’ interfered with their faith. Why is it that this special sense of confusion, anxiety and resignation only reserved for women? Zaira’s post has only confirmed what many have started believing to be the essence of Islam: a religion which is orthodox, regressive and patently anti-women. The congratulatory comments in their hundreds which have been posted on Zaira’s wall only testify to the fact that hundreds of Muslim men and women are extremely happy with her decision. They simultaneously prove that these Muslim men do not want Muslim women to have any agency of their own; rather all their masculinity is spent thinking about ways in which they could domesticate them. And of course, it seems very clear that Islam gives them all the help that they require.

It is quite possible that Zaira was pressured into thinking that Islam forbids women to work in certain industries. Worse still, there are interpretations which suggest that Muslim women should not move out of their homes at all. This then is a telling commentary on the state of affairs within Muslim society. The collective conscience of Muslim society exerts pressure on individuals and some of them cannot resist it. This is then the problem of so called Islamic morality by which Muslim society lives today. There is very little space for individual dissent and those who chart out a somewhat different path have to bear the burden of near ostracism from society. Zaira’s choice therefore cannot be understood as just a personal choice made out of her free will. Rather we have to take a complex view as to how this choice came to be executed and understand how a new Islamist religious self is interwoven in this so called choice.

The Urdu press has made matters worse by arguing that many Hindu actors have also quit for ‘religious’ reasons. In this kind of a skewed understanding, Zaira’s case is being blown out of proportion with the express intention of giving a bad name to Islam. Those opposing Zaira Wasim are all necessarily right wing Islamophobes. This kind of framing of the problem does not help the Muslim community. This is not the time to compare her decision with that of Vinod Khanna or some other Hindu women actor. We live in times where there can be no comparison between Hindus and Muslims. One Hindu actor deciding to quit does not affect the prospects of that community. Hindus are a developed community as compared to Muslims. The ideas of social and religious reform run deep into this community. Muslims entered the modern age by opposing modern education while Hindus embraced it. Muslims are not at par with Hindus in any of the developmental parameters. And that’s why one Muslim Zaira quitting a promising career calls for a deeper introspection from within the community.