Reading the Subtleties of Islamic Fashion

THERE ARE SO MANY fashion weeks these days, from the Big Four (London, New York, Paris and Milan) to Tokyo, Rio, Miami and Abu Dhabi, among others, that I often think I could pass the year going from one to another, the way John Cheever’s Swimmer stroked his way across the pools of the suburbs. 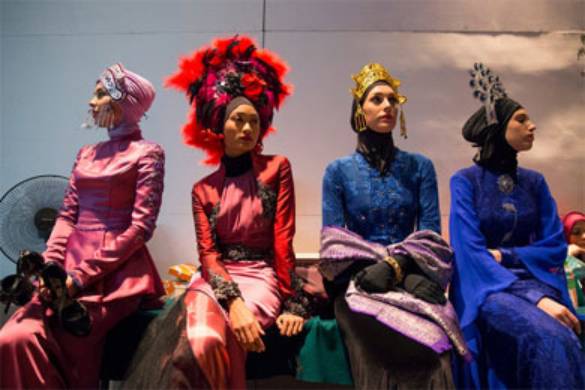 But even to a jaded observer, a fashion event took place last week that seemed — well, not like the other ones: the Islamic Fashion Festival in Kuala Lumpur, Malaysia. I was not the only one who found it confusing.

But that, it turned out, was precisely the point.

Founded nine years ago by Dato’ Raja Rezza Shah partly to combat received stereotypes about Islam, the festival is part of a wider movement within a slice of the Muslim world — most often Muslims living in minority contexts, or non-Arab Muslim majority countries — that has seized on fashion as a means to reshape the cultural narrative. Or at least how it is seen.

As Reina Lewis, a professor of cultural studies at the London College of Fashion and the author of “Muslim Fashion: Contemporary Style Cultures,” to be published in 2015, said in a phone call: “Every time there is a moral panic in the West about Muslims as a civilisational Other, whether it is about the Jihadisation of young men or whatever, it is illustrated with a picture of women wearing the Hijab or abaya, shrouded in black.”

To combat or replace a fashion image — even one that seems effectively an anti-fashion image — what better tool than fashion itself? Clothing is, after all, essentially a common language, and hence a potential shortcut to global recognition.

Simply consider the words of the designer and blogger Dian Pelagi, whomThe Jakarta Post called “the unofficial poster girl for the introduction of Indonesian Islamic fashion to the world” and who specializes in rainbow-tinted tie-dyed chiffons and silks combined with African detailing that also just happen to cover the head and body. “I think that if Islamic fashion can gain traction in America, it will change people’s perceptions of Islam and Islamic fashion,” she told that newspaper.

Similarly, the festival, which began in 2006 and has grown into a thrice-yearly event (most recently a four-day showcase for 26 designers from not only Malaysia but also Singapore, Indonesia and Pakistan), has as its official goal: “To build an updated visual and cultural reference from which Islam can be related to the modern world through the creative arena of fashion divorced from political, economic and social strife.” 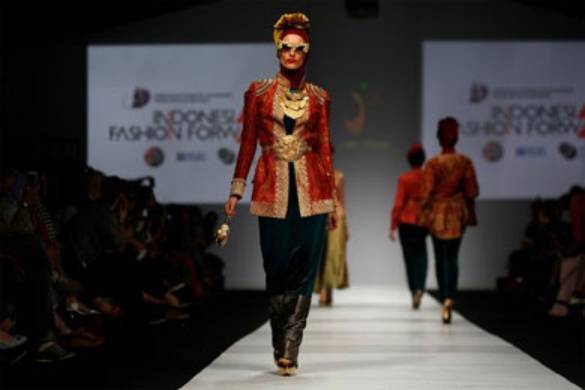 This is not entirely altruistic. The Muslim clothing and footwear market was estimated by Thomson Reuters at $224 billion globally in 2012 — 10.6 percent of total global expenditure in the sector, and the second biggest market in the world after the United States ($494 billion in 2012) — and the news agency projects it to grow to $322 billion by 2018.

Clearly, the ability to capture a chunk of that market is a meaningful lure, and Malaysia is competing with Dubai and Indonesia for the position of “capital of Islamic fashion,” Dr. Lewis said. (“Islamic fashion” being a broad umbrella term also known as “Muslim fashion” or “Muslim modest fashion” or sometimes simply “modest fashion,” depending on whom you talk to and what country you are in.) Adding a positive spin to the commercial imperative clearly adds to its allure.

The marketing opportunity, religious and national, and the chance to position Malaysia as a leader in the field has probably not been lost on the government. Datin Paduka Seri Rosmah Mansor, the wife of Prime Minister Dato’ Sri Najib Tun Razak, is the patron of the event. Still, the commercial and promotional drivers should not negate the effort to emphasize the shadings of gray (and pink and yellow and blue) involved.

“There is this crisis where Islam has probably been given a bad name by extremists, and I want to show modest dress does not have to mean sombre, or boring or so complicated,” said the designer Calvin Thoo, one of the names who showed last week during the festival and who has been participating in the event since the beginning. Mr. Thoo’s collection featured not just long sleeves and skirts and high necks, but also peplums, chiffon halters, beading on shoulders and arms and lace cutaways, all in jewel tones.

Likewise, his fellow festival participant, Nor Aini Shariff, the designer of a line called Jarumas, focuses on what might be termed “haute batik.” And over all, most of the clothes on display during the festival were marked by their saturated colours, from jade to rose, sapphire, crimson and white, as well as elaborate draping and headpieces. They were modest in coverage, but not aesthetic ambition.

But where the festival may differ most from traditional fashion collections, as well as the competing fashion weeks of Dubai (founded in 2005) and Jakarta (founded in 2008), is that it was conceived not just as a commercial venture, but also as an unofficial outreach program, and has travelled to London, New York, Monaco and Singapore, among other cities. In addition, each catwalk show is treated as a charitable fund-raiser. (Each day benefits a different non-profit organization, like the breast cancer charity Pink Unity.)

The festival is not alone, however, in seeing fashion as potentially more than simply a way to make a statement about a silhouette. There is a growing awareness in a diverse array of cultures and countries that it may be a useful communications tool. Consider Colombia’s Inex Moda, which has been part of an effort to change the national story from one of drug-running to one of design, or Zambia’s fashion week, conceived to move the conversation from poverty to creativity and pride.

Whether such sartorial strategy will work is another question. In the case of Islamic fashion, the festival organizers are, not surprisingly, positive. (“I believe I.F.F. has managed to bring the message that Islam does not equal to terrorism; an easy example is we are still invited around the world,” Dato’ Rezza wrote via email.) Dr. Lewis is more measured.

I shop; therefore I am (like you). In its seeming innocuousness, it may be a more potent message than it sounds.