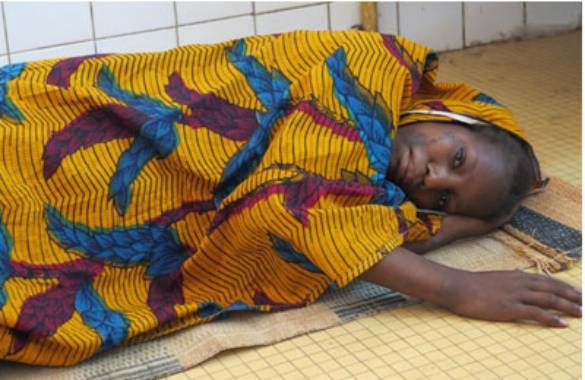 Maradi, Niger — Balki Souley lost her son during childbirth the other day. Her body was so frail, so weakened by a lack of food that she, too, nearly died. “When I return to my village, I will try to have another child,” she said shyly as she lay on the floor of a crowded maternity ward.

Niger has the world’s highest rate of child marriage, with roughly one out of two girls marrying before age 15, some as young as 7. As a hunger crisis affects millions here and across the Sahel region of West Africa, aid workers are concerned that struggling parents might marry off their daughters even earlier for the dowries they fetch, including animals and cash, to help the families survive.

“The fear is, if the food crisis continues, that more parents will use marriage as a survival strategy and that we’ll see more girls married before the age of 15,” said Djanabou Mahonde, the head of child protection at UNICEF.

In a landlocked nation that has one of the world’s fastest-growing populations; the hunger crisis is the latest twist in Niger’s efforts to combat early marriages, a battle pitting modern values against centuries-old traditions. Niger’s government has enacted legislation outlawing unions before age 15; in some cases, parents have been arrested and imprisoned. Government social workers and international aid agencies have initiated efforts in remote villages to encourage girls to remain in school.

Yet early marriages remain widely accepted by families across large swaths of the country, fuelled largely by high rates of poverty and illiteracy, ancient tribal codes and conservative religious views that wield more influence than government decrees in rural communities. The average woman here has more than seven children, the highest fertility rate in the world. Half the population, which is expected to grow from more than 17 million today to about 59 million in 2050, is younger than 15. As in many parts of the continent, Niger — which has shrinking arable land, scarce rainfall and low levels of education — will be in perpetual crisis if rapid population growth is not slowed down, many experts predict.

At the regional hospital in Maradi where Balki was recuperating, the director said the number of underweight babies and undernourished mothers is rising. Usually, 5 percent of newborn babies weigh less than 5 pounds. This year, 8 percent do.

“This is related to the food crisis,” said Achirou Oumarou, the director. “People are eating leaves to survive.”

Many babies live only a few weeks, he said, adding that the hospital lacks incubators and other equipment.

Child marriage is a global phenomenon, but it is more prevalent in Africa and southern Asia. In many poor communities, girls are viewed as commodities, used as currency or to settle debts. To protect them in dire economic times, girls are sometimes married into more affluent families. Notions of morality and family honor also drive early marriages — girls are often married off to ensure their virginity. In some cases, men “reserve” especially young girls to marry them later as a way to unite families and communities.