“Ask For ‘Permission’ Before Taking A Second Wife? That Is Out Of The Question!”

Suddenly the head of the Council of Islamic Ideology (CII) has claimed that it’s against the tenets of Islam for a man to seek permission from his wife before taking another one. The question that arises is why now, after more than 53 years? 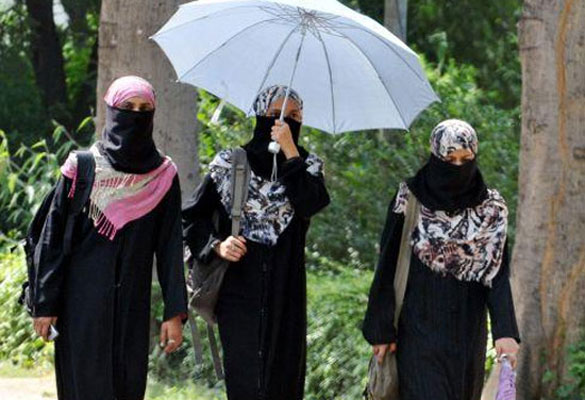 The head of the Council of Islamic Ideology (CII) has claimed that it’s against the tenets of Islam for a man to seek permission from his wife before taking another one. PHOTO: AFP

When the law was enacted, Islamic scholars like Maududi, Noorani and Mufti Mahmud were active politicians. None of them objected. Therefore, it was assumed that the Muslim Family Laws Ordinance, 1961 was in accordance with the teachings of Islam. So, what made the current head honcho of CII claim that there is no need to ask your wife if you want to take another one?

One can’t help but think that he has done this to divert the attention of people from the activities of those who think it’s perfectly legitimate to cut off the heads of soldiers to play football with or those who want to spend their lives bombing girls’ schools.

I know that ever since Ayub Khan made the law making it necessary for a man to take permission from his wife before taking another one, fundamentalists have been bitter.

“It’s against a he-man’s nature to take permission from his wife for doing anything, let alone marrying another woman,” says one.

“I rarely talk to my wife, unless it’s absolutely necessary,” says another.

“Same here. The only time I say anything to my wife is when dinner is served late,” adds another.

I asked a man who took a second wife why he felt the need to do so. He replied,

“After seven daughters my wife stopped producing and I desperately wanted a son, so I married again.”

I asked him if he had sought his wife’s permission to which he replied,

“That’s out of the question! I just told her I was taking another wife.”

Concerned, I persisted and asked him if she would have permitted him to marry a second time if he had asked her, to which he firmly replied,

“If she had objected, I’d have immediately divorced her and she knew it.”

This man took a third wife when his second wife became infertile after giving birth to five girls. Ten years have passed and the third wife is the mother of four but still no son for him.

Apart from the one who has three wives, I’ve known very few polygamous men. One was a relative who took a second wife because his first one was barren. Another one told his sons about a secret wife when doctors told him he didn’t have long to live. And then, there was one who sent his wife and children for a month-long holiday to Murree and married a film actress. His brother also had a secret wife who emerged after his death.

When you get down to it, although Islam permits polygamy there are strict conditions attached. A man has to treat all his wives equally – something physically impossible to do. What this means is, if the first wife gives him a sound thrashing, he has to go to his other wives and get beaten by them one by one!

Jokes apart, only a fool would want to have more than one wife nowadays with the cost of living so high that most people barely earn enough to keep body and soul together. Another thing to consider: there are 106 males for every 100 females in Pakistan and hence, many Pakistani males will remain single unless of course, they get wives from one of our neighbouring countries.

If an increasing number of Pakistani males decide to take second or third wives, there will be a major crisis in the country… as if there weren’t enough issues as it is!

But one thing is for sure – if a man wants to take a second wife for whatever reason (including the fact that his wife now weighs so much she reminds him of an elephant in the zoo), he will do so and knowing how contemptuously the Muslim Family Law is treated, nothing will happen to him unless his first wife’s brothers throw him into the sea. Which is what he deserves, to say the least?

And if all this wasn’t enough, these chaps in the CII have also decreed that it is ‘un-Islamic’ to fix the minimum age for marriage at 18 (for boys) and 16 (for girls). It looks like they want us to go back to the Stone Ages. Think about it. If we are asked to arrange marriages of our five-year-old children, what difference would there be between us and those who lived in pre-Islamic days?

Don’t they know that the consent of both parties – which includes the boy and girl and not just their parents – to a marriage is essential in Islam? How can young children decide whom they want to marry and whom they don’t?

It seems like the time has come for us to start praying that they don’t ask us to strangle female babies at birth.

After all, you can expect anything from these guys.

Do you think a man should seek permission from his wife before taking a second wife?

Shakir Lakhani is an Engineer, teacher, industrialist, associated with petroleum/chemical industries for many years. Loves writing, and (in the opinion of most of those who know him), mentally unbalanced.