The Channel 4 presenter Cathy Newman went to the South London Islamic Centre mosque in Streatham at the weekend, as part of the Muslim Council of Britain’s Visit My Mosque day.

But she was ushered out. She tweeted her surprise, and later reported how she received a warm welcome at the Hyderi Islamic centre nearby. 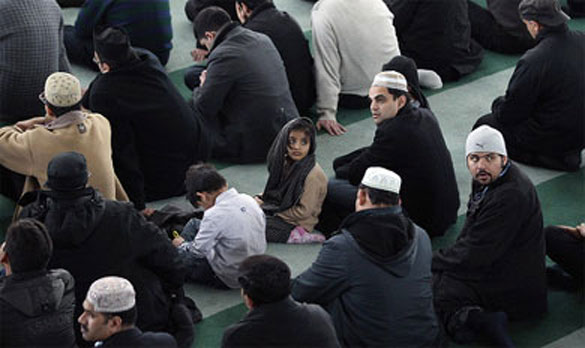 Muslim women can pray in hospitals, parks and even churches with no problem, yet they are still blocked from mosque

Allegations of sexism were made across social media, and countered by those claiming it to be a misunderstanding. According to the Hyderi Islamic Centre, it was just a mix up. Newman was always scheduled to go to Hyderi; the South London Islamic Centre wasn't expecting any guests that day.

However, regardless of whether it was a mix up or not, the incident sparked debate in the Muslim community, especially among women who have experienced very real, unambiguous discrimination. I have heard countless stories from Muslim women of the sadness and humiliation they have felt for simply wishing to offer prayers to God in a mosque.

Take Masuma Rahim, who wrote about her treatment at the West End Mosque and Islamic Centre in Soho, where she was “accosted” and told she was not allowed to pray there. The reason given was that there were no facilities for her, despite the fact that the mosque had four floors and was practically empty at the time.

The mosque's management had decided - just like that - that women would no longer be able to pray there, and that they should go elsewhere. Having prayed in hospitals, parks and even churches with no problem, it was a mosque that was barring Masuma from praying. Not only was this sexist, but also a violation of her human rights: the ability and freedom to practice her faith.

It's is a story I have head over and over again. Doors being slammed in faces, women forced to pray outside in the rain, women literally being shouted at for even daring to pray in the mosque. It has been going on for decades, and so little has been done to change it.

It's an issue that goes far beyond simple access to mosques. As well as having completely inadequate spaces and facilities offered to them, there is a chronic lack of women on mosque committees. They are also completely sidelined in committee elections. Perhaps this is the intended consequence; if women are out of sight, they are out of mind. If this continues, their needs never be catered for.

Not all mosques act like men only clubs, however. The Hyderi Centre which Cathy visited has women sitting on the committee and women praying in the main hall; Leeds mosque also has women serving on the committee. East London Mosque has a full centre providing a wide range of services, but as Muslim women activists will tell you, these mosques are the exception, not the norm.

Mosques are there to serve the local community, which of course includes both men and women. It is remarkable that in the 21st century, where equality legislation permeates throughout all aspects of British life, many of our mosques continue to exclude women, and with no accountability.

Having become normalised, there's a strong feeling that little will change. Yet it is inevitable that both men and women will challenge the status quo, and challenge those who uphold such discriminatory and unjust policies.

This is already happening, and many Muslim women have started to speak out. With initiatives like Visit My Mosque day encouraging non-Muslims to visit, and opening up mosques to public scrutiny, many Muslim women find it remarkable that such projects take place while gender equality is ignored.

We too would like to “visit our mosque”, to be welcomed and to be treated with dignity. It really doesn’t require that much effort to treat others how you would wish to be treated yourself.