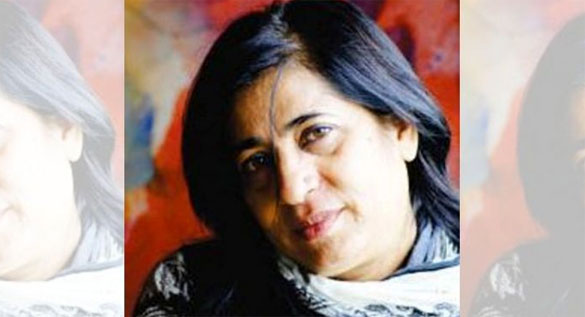 Oborodh Bashini (The Secluded Women), published in 1931, is a feisty critique of extreme forms of Purdah imposed upon women. It consists of 47 brief accounts of women's lives, two of which we publish here, along with an introduction by Begum Rokeya.

FOR a long time, we have been accustomed to seclusion, so there is not much that we -- especially I myself -- can say against it. If a fisherwoman is asked: “Is the smell of rotten fish good or bad?” what can her answer be?

I am here presenting a few personal accounts of our lives for my sisters -- I hope they will like them.

It must be mentioned here that in all of India the seclusion of women is [observed] not only from men, but also from women. Unmarried girls are not allowed to be seen by any woman except her close female relatives and maid.

Even married women observe Purdah in front of women who are gypsies, magicians, entertainers etc. The more a woman can observe Purdah and hide in a corner like an owl, the more virtuous she is.

Urban Bibis, too, run away and hide when they see missionary mems. A woman locks herself into her room even if she sees a Saree-clad Christian or Bengali woman, let alone a mem.

A fire broke out in a house. Thinking on her feet, the mistress, after putting all her jewellery in a box, rushed out of her room. But at the door, she saw a crowd of men attempting to put out the fire. Rather than face them, she went back into the room and hid under the bed, clutching her jewellery box. She burnt to death but did not appear in front of the men. Hail! The seclusion of noble women!

Listen to today's incident (28th June, 1929). The father of a schoolgirl wrote a long-winded letter that, since the motor bus does not enter his lane, his daughter has to wear a Burqah and return home with the mama (housemaid) on foot. Yesterday, a man, who was carrying a pot of tea in the lane, collided with Hira (the letter writer's daughter), spilling tea on her dress and ruining it. I gave the letter to one of our lady teachers and asked her to investigate the matter. After her return, what she said in Urdu can be translated as:

“Upon investigation, I learnt that Hira's Burqah doesn't have eyes (Hira ka Burqah Mein Aakh Nahi Hai). The other girls said that from the bus they used to see that the maid all but carried Hira in her lap. As the Burqah had no eyehole, Hira could not walk properly -- the other day, she stepped on a cat, and sometimes she trips. Yesterday it was Hira who bumped into the man carrying the tea and spilled it.”*

Can you believe that Hira is only 9-years-old -- that this young girl has to wear a “blind Burqah” to walk on the streets! If this is not done, apparently the sanctimony of seclusion is violated!

*Just now I happened to see a line in an article by Srimati Amina Khatun in the Ashar issue of “Mashik Mohammadi” (Monthly Mohammadi) -- “For some time if one goes about with one's nose, face and eyes closed (one is likely to stumble on a strange men) --  that is Islam's external purdah.”

Translated by Sushmita S. Preetha, a journalist of The Daily Star