IN the French town of Suresnes, located across the Seine River from Paris, is a street named after Noor Inayat Khan. The street also features a small elementary school named after the same woman. Few people in the town know who the woman was, although the schoolchildren are given some perfunctory bits of information about her. 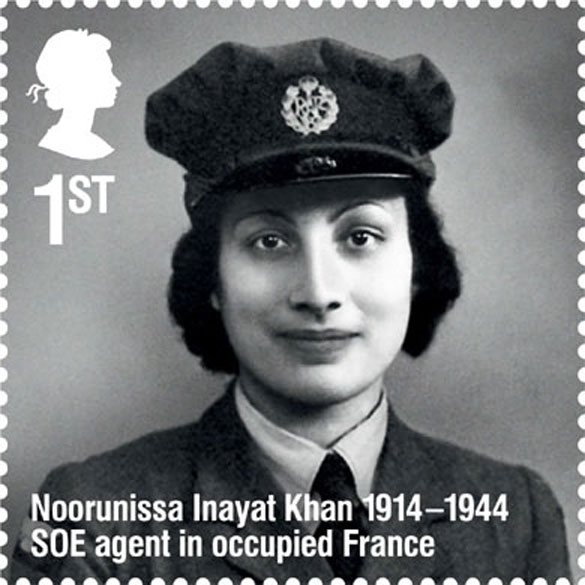 The French should know who Noor Inayat Khan was, and so should Pakistanis and the rest of the world. As Arthur J. Magida writes in his book Code Name Madeleine: A Sufi Spy in Nazi-Occupied Paris, this daughter of Sufi Hazrat Inayat Khan was brave enough to work as a spy for the British. Working as a radio operator, Noor sent messages back to London from the various cells of resistance fighters located in France. Her work allowed the British to coordinate with the cells so they could better target their attacks against the German Nazis.

Noor Inayat Khan had not been raised to undertake this sort of mission. The first-born daughter of Hazrat Inayat Khan, she was raised in an atmosphere that elevated harmony, peace and oneness of humanity. She had studied all the religious texts and also had taught classes on Sufism before the war began. She had been a student at the Sorbonne, travelling to Paris everyday from her home in Suresnes. Home was a stately brick house located halfway up a mountain that towers over the town. In Fazal Manzil, she lived with her mother Ora, an American who had married Hazrat Inayat Khan, her sister Claire and her brothers Vilayat and Hidayat.

Inayat Khan held classes for his Sufi students at Fazal Manzil. In the summers, an entire building was rented to provide a place to live for all the people who poured into the little town. Noor spent time discussing philosophical and mystical topics with her father and brothers, even performing housekeeping functions for the large household because her mother Ora spent most of her time alone and in bed.

And then it all fell apart. First, Hazrat Inayat Ali Khan left for a trip to India, which he had not visited for decades since he had first left for the West. Then, a few years later, war broke out. When Hitler first began his march of domination across Europe, few in France believed that he would ever get to France. Of course, this was not correct. War had broken out in 1939, and many began to fear that the Germans would likely occupy the country. In 1940, Noor, with her brothers and mother and as many valuables that she could muster, left Suresnes bound ultimately for the United Kingdom.

Noor and her family did not have much choice but to do that. She did, however, have the opportunity to consider and discuss the extent to which she and her brothers should support the British in their fight against the Nazis. The siblings avidly discussed what was the right and the moral thing to do in the situation. They had had an upbringing that centred on peace and love and inner fortitude, and now they were confronted with a war. After many hours of discussion with her brother Vilayat, which went on right up until the family’s departure for London, Noor and her brother decided that they would take an active role in the resistance against Hitler and the Nazis. Theirs had been a Sufi upbringing that focused on character and fortitude in the face of life’s hardships and on engaging in life rather than fleeing from its complications.

It was this fateful decision that would ultimately land Noor Inayat Khan a job with Britain’s Special Operations Executive, which operated various spy missions in occupied Paris. Carrying her radio equipment in a big suitcase that weighed 13 kilograms, she would find places where she could set up and relay messages.

Noor Inayat Khan’s story is not just a tale of bravery, it is also a demonstration of how the complications of history demand difficult decisions. Undoubtedly, Noor Inayat Khan saw the irony of her fight against the Nazis (for the British) at a time when everyone in the subcontinent was fighting against the British. While this was undoubtedly important to her, her immediate circumstances required her to take a moral position against German Nazis who were systematically exterminating the entire population of European Jews.

Her story is also important because it is yet another example of heroic Muslim women who have been largely erased from history. Western historians, undoubtedly influenced by stereotypes that want to paint all Muslims as anti-Semitic, have not given Noor her due. Western feminists have ignored her story because it does not fit into the usual submissive Muslim woman stereotype.

This must be changed. In Noor Inayat Khan, young Muslim women can see a woman who worked to balance her faith, her duties to her family and her duties to the greater good of humanity. Her story reveals how a Muslim woman played a role in fighting the Nazis in World War II.

In the end, she was captured by the Germans, imprisoned for a year and ultimately executed at Dachau, a German concentration camp. Until the end, she maintained her dignity and her commitment to humanity. Noor Inayat Khan lived a life worth emulating. She did not shy away from history’s complications, or the demands of country and family, and made her own decisions based on careful consideration. The new book on her is the first to present her story through historical records and it deserves to be published in Pakistan, where Noor Inayat Khan will have many admirers.