IT is the princesses and queens that get top billing. We know about the intelligence of the inimitable Nur Jehan, who assisted her husband in the management of a vast empire. We also know about Mumtaz Mahal, whose tomb is the wonder of the world. Of all the things they did and were known for, the greatest interest lies in their jewellery and their clothes. 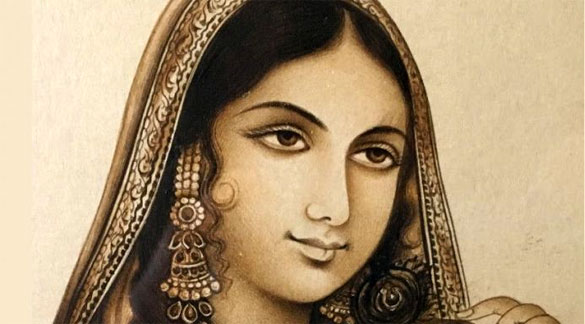 Bollywood has done its part, memorialising women like Jodha Bai, wife of Emperor Akbar, in the image of Aishwarya Rai. Fashion designers have not been far behind; the top wedding couturiers in Pakistan (and in India) try every year to recreate the glamour and resplendence of the Mughal court. Lavish weddings — which are now put together by planners and concept designers — rely heavily on these images as their inspiration. Many would-be brides, it appears, want the ‘Mughal rani for a night’ experience at whatever cost it is available.

The Mughal world, however, was not just jewels and princesses; reducing it to just that is as much an indictment of the hollow history Pakistanis consume as anything else. The ordinary Mughal woman was not a princess but more likely a working woman, who either worked as a domestic servant or as a potter or tailor who assisted her husband in these professions. 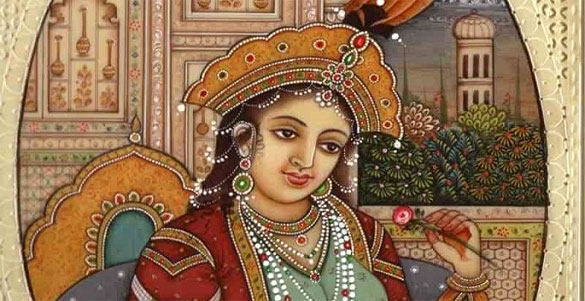 According to historian Shireen Moosvi, paintings of Mughal women from the era show them performing hard labour along with their husbands. The potter’s wife, for instance, would be saddled with the heavier and harder labour. Similarly, a painting of a construction site from the era shows women doing the arduous work of breaking down limestone rocks for construction purposes. Unlike the popular impression drawn from the undue emphasis on princesses and wealthy women alone, these women were strong and actively involved in the workforce of the time.

Wealthier women tried to protect their own interests in their own way. Evidence from court records reveals that women were represented in courts by lawyers, often to settle property disputes. The amounts of Mehr set during the Nikah ceremonies were (unlike the current situation in Pakistan) taken seriously, to be paid either at the time of the marriage or upon demand at any time after the marriage. Given that plural marriage was commonplace among the aristocracy and upper-middle classes, women often went to court to safeguard their inheritance rights. Women who owned property or other items often wrote tamlik namas, or certificates of bestowal, that would allow their property to be transferred in whole or in part to a particular son or daughter, instead of being lost to inheritance disputes following their passing. Then, as now, women who owned and inherited property tended to have more important positions in society than those who did not.

Jodhabai was described by a contemporary as 'a great adventurer', she towered over phenomenal business enterprises even while sequestered in the Mughal harem

The sociological and historical research into the everyday lives of Mughal women is continuing. Unsurprisingly, it has taken the emergence of women historians studying the Mughal era to draw attention to particular research on its women. The erasure — or rather, the lack of attention — given to Mughal women in prior decades is a symbol of the colonial and post-colonial patriarchal mores rather than the status of women themselves in that era.

The Mughals themselves did not erase women from the visual or written record. The miniature paintings from the era reveal that women were everywhere and doing all sorts of things. Mughal art depicts women dancing, playing musical instruments, working on construction sites, reciting poetry and all sorts of other activities. Based on this alone, it can be concluded that women of the era were very much present, very much visible, able to strategise and instigate war, able to help construct a building. Unlike orientalist and misogynistic reinterpretations of the time that have followed, they were neither all subjugated nor oppressed nor invisible in society.

Some would argue that calling women of the past ‘feminists’ is reading the present into the past. This sort of position is heavily influenced by the British colonial mindset that deliberately and actively worked to depict and present the women of the subcontinent as lacking in terms of strength, volitions and respect and regard for their own liberty.

The moral argument for colonialism presented to the British public — and designed to get their support — was that the women of the subcontinent were in an abject situation and required immediate intervention. It is no surprise that the first ‘law’ passed by the East India Company was the prohibition on sati or widow immolation. The clever propaganda accompanying this ignored the fact that this practice was not a common one, nor was it pervasive all over India and neither was it associated with Vedic prescriptions. In sum, it was essential for the British to present all the women of the subcontinent as being on the verge of being made to commit sati to justify the occupation of India.

It is a colonial myth that feminism or women’s empowerment struggles were initiated, theorised and maintained by white women in the West. Studying Mughal history is one example that unravels this myth. The ways in which Mughal women asserted themselves, protected and advocated for themselves, participated in society and its institutions, is all evidence of this fact.

The values of resilience, of inner strength, of persistence and so much more, are all modelled in the record. The charge for the women of the subcontinent today is to examine these records and reveal that women’s efforts to empower themselves have hardly been the sole prerogative of upper middle-class white and Western women who grew tired of domesticity and servitude.