Why Women’s Equality Remains a Distant Dream in Arab Countries 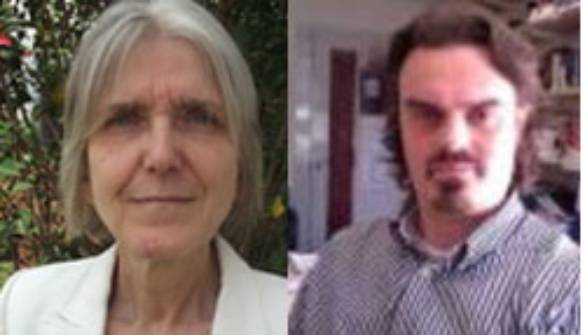 By Pamela Abbott and Andrea Teti

The active role played by women in the Arab Spring of 2010-2011 was seen inside and outside the region as an example showing that a different kind of gender politics was possible, ushering in greater empowerment for women. However, as the Uprisings were increasingly met with resistance from regime remnants (“felool”) and conservative forces generally, the public sphere was “de-democratised” and women were excluded from it.

Public opinion surveys, including the World Values Survey, the Arab Barometer and the Arab Transformations Survey, suggest that the majority of citizens are still resistant to gender equality. While there are considerable differences between Arab countries, when it comes to gender issues, conservative values are deeply entrenched, perhaps even more so since the uprisings.

Islam itself is often identified as the cause of this resistance. Some even identify a “clash of civilisations” between the West and the Islamic world, with the way women and girls are treated as proof of “backwardness” and “barbarism”.

But the lack of progress on equality between men and women is the product of external as well as internal factors, including the lack of political alternatives to Islamism and the way in which women’s equality agendas are disregarded by autocratic regimes

In some cases, this exclusion of women has been spearheaded by Islamist movements, a fact sometimes attributed to the increase in the influence of religious groups across the region – the so-called Islamist winter. In other cases, this patriarchal restoration is driven by self-proclaimed secular and democratic forces. Either way, the contract whereby men and women have separate and complementary – rather than equal – roles has seldom been successfully challenged.

While most societies across the globe are becoming more liberal when it comes to gender, not only are Arab countries the most conservative, there is also little evidence of change. Our research, which looks at how political and social attitudes changed after the Arab uprisings in Egypt, Iraq, Jordan, Libya, Morocco and Tunisia, suggests that although women tend to be more progressive, both women and men share conservative attitudes and have, if anything, become more conservative since 2011.

In 2014, while women were generally less conservative than men, differences were relatively small. A clear majority of men and women believed that gender equality and the empowerment of women should be enshrined in the constitution, but there seemed to be little support for actually implementing it. On the Arab Transformations Gender Index, only 17% scored as definitely in favour. The proportion of women (25.1%) was noticeably higher than men (8.9%), and while the figures for men showed little difference across the six countries, varying from 6% in Egypt to 12% in Iraq and Morocco, women’s attitudes showed much greater variation, ranging from 10% in Egypt and Libya to over a third in Jordan, Iraq and Morocco. But they were still a relatively small minority.

There appeared to be fairly strong support for gender equality in education and for married women working outside the home, though relatively less for women being involved in politics. Strong support, however, remained for Islamic family law, which in most current interpretations treats women as second-class citizens when it comes to marriage, divorce, children and inheritance.

Men and women across the six countries wanted their constitution to enshrine sharia as the main source of law, although there is no single understanding of what this entails. While most Arab countries ratified the Convention on the Elimination of all Forms of Discrimination Against Women, most entered reservations to clauses relating to family law. Differences between the sexes were slight here, and in Jordan and Libya women appeared even more conservative than men.

So why do a clear majority of women support a second-class status for themselves? In the West, the resilience of such attitudes is often attributed to a patriarchal “essence” of Islam. Indeed, influential Islamist actors across the region – including governments – often make the very same claim. However, historians and others have shown that the conception of gender rights has not been constant across the Arab world.

It is clear that progress was made in the 19th and 20th centuries, but reversed in the late 20th century with an increase in conservatism perhaps since the neoliberal “open door’ (infitah) reforms of the 1980s and a superficial commitment to democracy. In addition, the idea that Islam is a barrier to gender equality is contradicted by the progress being made in other Muslim-majority countries such as Indonesia, Bangladesh and Senegal.

Women’s advocacy in the region is caught in a bind. On the one hand, male-dominated conservative Islamist leaderships are perfectly happy to accept a status quo that discriminates. On the other, a tokenistic gender equality is promoted by some regimes seeking to appease Western governments’ demands. Plus, the gradual retreat of Arab states from the provision of essential social services created the conditions for a de facto cooperation between state and religious groups: regimes accepted growing Islamist influence in return for welfare services they were no longer willing to supply.

Patriarchal attitudes persist not because Islam is incompatible with gender equality, but because in most Arab countries since the 1970s, progressive forces have been undermined by supposedly "secular” regimes. Surveys show that conservative gender attitudes are entrenched, but also that people remain profoundly dissatisfied with their ruling elites for precisely the same reasons for which they protested in 2010-2011.

During the Arab Spring, what protesters demanded was not just the removal of corrupt leaders, but an end to a system based on increasing economic injustice and political marginalisation, and held together by repression. Gender equality is an essential part of achieving that goal.