By Omar Hashmi and Mariam Tokhi 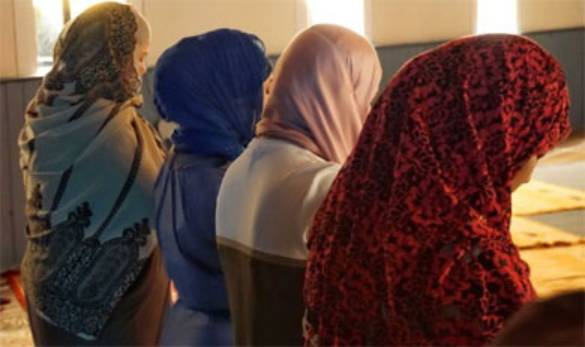 PHOTO: Women pray as a Perth church opens its arms for the local Muslim community at Ramadan. Islamic scriptures clearly afford both men and women the right to divorce. (ABC News: Briana Shepherd)

Most Australian Muslims would be disgusted by the findings of the recent ABC investigation into religious divorce in Muslim communities.

Islamic scriptures clearly afford both men and women the right to divorce. But according to the reports, some imams have been refusing to grant Muslim women experiencing domestic violence Islamic divorces, stringing them along sometimes for years in abusive marriages.

While we are disappointed that imams are obstructing women's right to divorce, we are not shocked.

Like many Australian Muslims, we have long felt our mosque leadership has lost connection with contemporary Australian society.

We say it is time to recognise that this problem is a symptom of a deep, structural malaise in many of our "mainstream" religious institutions: a tendency towards old-school, patriarchal cultural conservatism, which results in trampling the spirit of progressive, faith-based, loving social justice that the Prophet Mohammed championed.

What Islam Says About Marriage

In the prophet's time, a marriage was contracted between the bride and groom in the presence of witnesses.

Terminating that contract through divorce was even easier — one party, man or woman, could do it themselves. Imams were not involved, nor was there any requirement to specify one side as being "at fault". A no-fault divorce between the prophet's cousin Zainab and adopted son Zayd is explicitly mentioned in the Quran.

If you asked an imam why they conduct Islamic marriages, they would probably tell you that it's a cultural custom to ensure the marriage is done properly and legally. That seems reasonable — after all; celebrants do the same thing in Australian law. (And most imams are registered celebrants under the Australian Marriage Act 1961.)

However, issues can arise when the same celebrant acts as relationship counsellor and spiritual guide.

The ABC's reports suggest some imams are prioritising reconciliation over the physical and psychological safety of those suffering in unhappy relationships.

Of course, mediation is encouraged under both Islamic law and Australian law.

However, by acting as poor judges and irresponsible counsellors, many imams are ignoring — or worse, concealing — what an Islamic marriage is.

We would like to remind all Australian Muslims (including our imams) that official divorce laws already satisfy all the requirements of an Islamic divorce (and, in fact, are even more stringent).

And yet it seems that trusting vulnerable men and women are unnecessarily being dragged before authoritative male leadership panels of imams, who lack understanding and awareness of the challenges faced by those in unhappy and even abusive relationships.

Crucially, many of these imams — though well-meaning — also lack training in counselling and issues facing modern Australian couples such as domestic abuse.

In the wake of revelations of these failings, it is time for Australian Muslim leaders to review their procedures for facilitating marriage and divorce — particularly the conflicting roles of imams as judge, jury and relationship counsellor.

Why Many Muslims Are 'UnMosqued'

But it is also time for us to reinvigorate the religious structures that are failing Australian Muslims, leading many to join the "UnMosqued" movement.

For the past few years, a diverse group of us from around Australia called Muslim Collective has been working with Muslim and civil society organisations to improve inclusiveness in our faith spaces.

Our organisation — which has been running community outreach activities in major cities since 2015 — has been witness to a growing number of Muslims who feel marginalised, or uncomfortable, in traditional Muslim organisations.

These are contemporary, thinking Muslims who want to maintain their spiritual and cultural connections to community, but who feel there is no welcoming or safe space for their voices and questions. And when they do reach out, many report receiving archaic (though well-intentioned) advice from authority figures as they grapple with everyday struggles, including in their intimate relationships.

Islam may be growing in Australia, but there is also a quiet exodus of Muslims who want more from traditional structures than is currently being provided.

Mosques must become welcoming faith spaces that are open to everyone. They must include women in leadership, provide desegregated spaces for both men and women, embrace those with disabilities, give time to those who may be questioning their faith, respect minorities (including sexual minorities) and uplift the oppressed — including abused women.

Only after addressing these structural imbalances and failures of leadership will mosques become relevant to the majority of their congregations, and the Australian Muslim community at large.