Let the Malala Effect Resonate Loudly In the Arab World

For many in the Arab world, the phenomenon of Malala Yousafzai is not a high point worthy of discussion or analysis. Why should they concern themselves with a teenager who defied the odds and stood up to her aggressors, the Taliban no less, in a conservative Muslim nation plagued by Islamic fanaticism?

That she is the youngest person to win the Nobel Peace Prize seems unimpressive. Arabs have a history of shrugging at such feats, especially when the laureate is female. They save their excitement for fame, glamour, suicide bombings and plastic surgery. The birthplace of Islam and the custodians of its traditions were unfazed. Those who refer to the Quran as filled with heroic female figures or the bastion of women freedom and equality missed the opportunity to highlight a real life role model and spread a positive image. 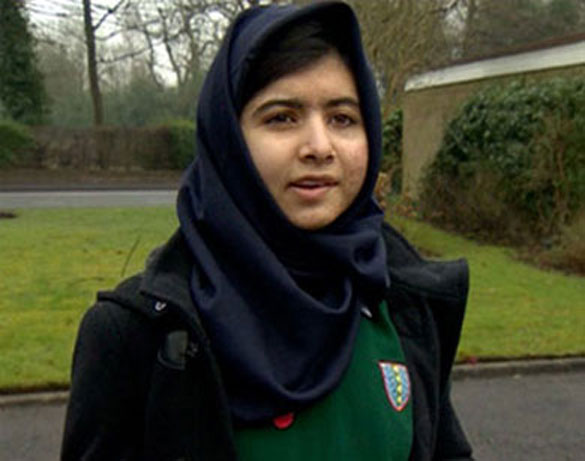 Since they failed miserably to do that, I decided to do it for them. Malala teaches us the following:

• Girls are strong, smart and eloquent.

• Girls are meant to be out in the world. They are made to be outspoken, visible and effective.

• Girls have the ability to question the status quo and go against the current.

• They can bring change that their male counterparts readily accept and espouse from generation to the next.

• Girls can fight the scariest monsters. They can defeat the darkest demons, and eradicate the most evil ideologies, without carrying a weapon or resorting to violence.

• Girls know how to spread the message of peace without using tactics of fear and intimidation.

• Girls are respectful of tradition and inclusive much more than their male counterparts.

Moreover, girls do not take no for an answer. They do not get defeated with a simple or complex “NO.” They keep fighting for what they believe in. Girls know how to win and they know how to preserve the win.

If we raise our girls and empower them, they grow up to be the women version of their girl selves. If we do not allow society to reshape them into cowering beings, they remain true to their nature and they raise healthy societies where everyone fights the dark, evil groups with the same determination.

Empowered women cannot be fooled. They know what makes up real “resistance” because they live it every day of their life!

Multi-award-winning journalist Octavia Nasr served as CNN’s senior editor of Middle Eastern affairs, and is regarded as one of the pioneers of the use of social media in traditional media. She moved to CNN in 1990, but was dismissed in 2010 after tweeting her sorrow at the death of Hezbollah’s Mohammed Fadlallah. Nasr now runs her own firm, Bridges Media Consulting, whose main aim is to help companies better leverage the use of social networks.