Pakista, Saudi Arabia and Qatar are the most conservative countries in terms of women participation

2.       Some Muslim countries have increased women participation without proper preparation. 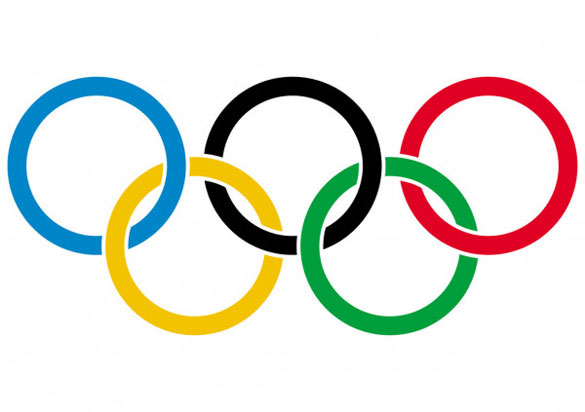 Olympic games in Tokyo are going on. 10, 500 athletes and sportspersons are competing across hundreds of disciplines. China, UK, Japan and US have topped the medal chart as usual because of a very developed sports culture in those countries. Other European countries like France, Germany, Italy and Korea have also fared well. But when we look at the performance of Islamic or Muslim majority countries in the Olympics, we are disappointed. The performance of 57 OIC countries has been dismal in not only Tokyo Olympics but in all the previous Olympics as well. Till now, barring a few small Muslim majority countries like Morocco, Uzbekistan and Qatar which have won a couple of bronze, no major Islamic country has been able to win gold or silver. In the last Olympics, only 8 OIC countries-- Iran, Tunisia, Turkey, Kazakhstan, Azerbaijan, Uzbekistan, Uganda and Algeria had won only 19 gold medals. The low participation of women from the Islamic countries is also one of the main causes behind the dismal medal tally of these countries. Chinese or American teams comprise a large number of women athletes and gymnasts. Sometimes the women comprise as high as 50% of the participants. For example, in the 2016 Olympics, the US fielded 550 participants out of which 229 were women. Some Muslim countries do not send women in Olympics because of the influence of extremist religious section over the government. In the Beijing Omympics 2008, Saudi Arabia, Qatar and Brunei did not send any woman sportsperson because of the pressure of the conservative clergy. This invited large scale criticism from within and wothout. Therefore, these countries relented and allowed their female sportspersons to participate in Olympics. Still tge number of female participation has been very low because of sports culture and state patronage of sports in these countries.

In the past, women sportspersons from Islamic countries like Turkey and Indonesia have won medals in Olympics but that was posdible because of the individual and personal ambitions of such women.

This year, a female judako ( judo player) of Saudi Arabia, Tahani al Qahtani participated in the Olympics. Though thanks to the opening up of the Saudi society under Prince Mohammad bin Salman's Vision 2030, intellectuals, journalists and politicians of the Kingdom supported her participation, a section of hardline clerics condemned her participation. For example Qatari sociologist Abdal Aziz al Khazraj criticised Saudi sports officials for allowing her to compete against the Israeli judoka Raz Hershko. He demanded Tahani should withdraw from the match against Israel as a mark of protest. Algerian athlete Fethi Nourine even withdrew from the men's judo competition against Israel. But Saudi officials and intellectuals advised Tahani al Qahtani not to drag politics into sports and compete against her Israeli counterpart. The Board member of the King Abdal Aziz Centre for National Dialogue said withdrawing was a fake victory and tgat she should fight irrespective of the result. She will be the hero of the nation for her endeavour.

However, women like Tahani rise to prominence in sports arena in Islamic countries thanks to their sheer will and personal efforts. The state does not have sports infrastructure or games and sports are not lart of schooling activity. The conservative Islamic society does not allow women in to participate in local sports activities. Even for men, there is not much emphasis on sports in school level. Though the Quran and Hadiths do not forbid sports activities. On the contrary, some hadiths put emphasis on maintaining good health and jogging.

Women participation in sports is occasionally discouraged by fatwas from clerics with half-baked knowledge of Islam. Some years ago a fatwa against cycling by women was issued in India though Arab Muslim women rode horses and camels as these were the main means of transportation and travel in the Arab countries in the olden days.

Mahfoud Amara, Lecturer in Sport and Leisure Policy and Management

“The Muslim world is torn between its fascination with Western modernity --- represented by the nation state system, industrial advance, and information technology --- and its struggle against Western colonial  and neocolonial  dominance.  The world of sport has this same conflict. The Muslim world has, on the one hand,  accepted modern sport  as  a symbol of modernization in Muslim societies and as a privileged tool for nation-state building. But on the other hand, many Muslims particularly representatives of Islamist movements --- are wary of modern sport as a symbol of secularism   and a deviation from authentic societal concerns of the ummah.”

In recent years, the Islamic countries have shed the inhibition and have allowed more and more women to participate in the Olympic games but still their number is low as compared with the Western countries or even some Asian countries with non-Muslim majority. Given below is the statistics of women participation of some Islamic countries.

In comparison, the statistics of participation of non-Muslim countries

From the statistics of some Muslim countries, It becomes clear that sports activities are of little or no importance for them. See for example, Pakistan, a country of 22 crore Muslims sends only 10  participants to the Olympics – 7 men and 3 women. Saudi Arabi sends 33 participants out of whom only 2 women. Turkey, Uzbekistan and Egypt have increased women participation but because of lack of sport culture and lack of world level infrastructure, the increased participation does not translate into medals. Until, a sports culture is promoted right from the primary school level and a clear sports policy is adopted by the Islamic countries, only increased participation will have no real effect. Apart from that, the misinterpretations and irrational fatwas by the extremist and conservative clerics have to be prohibited and refuted.