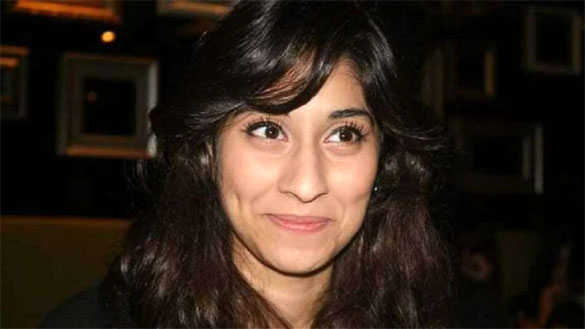 Noor Mukadam, 27 was tortured and killed by an acquaintance named Zaheer  Jaffer on July 20, 2021. Her murder is another grim reminder of the fact that women in Pakistan are vulnerable no matter what their social status is. Although her killer has been arrested, the lackadaisical attitude of the leaders and the laws that tilt in favour of the men in Pakistan are a big obstacle in her getting justice.

Noor Mukadam belonged to the upper echelons of the society. Her father Shaukat Mukadam is a Pakistani diplomat and former ambassador to South Korea and Ireland. She was a vivacious and fun loving girl and wanted to do something for the society. She had gone to Lahore with her friend Zaheer Jaffer on July 19 but on July 20 she was found murdered by Zaheer Jaffer. Her murder has stirred the collective conscience of the Pakistanis, particularly women who have been running a JusticeforNoor and GoFundMe campaign on twitter to raise money for the legal battle that touched $50000. 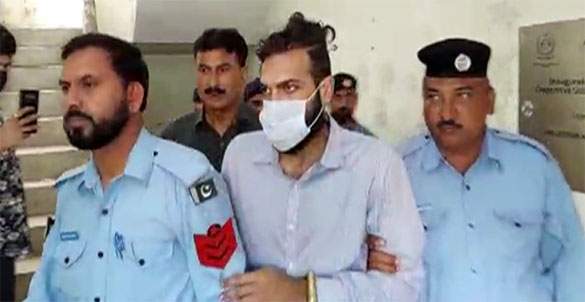 Zahir Jaffer, the alleged killer of former diplomat’s daughter Noor Mukadam, is brought to a court in Islamabad. — DawnNewsTV

This year Pakistan’s National Assembly passed a bill against deomestic violence called Pakistan Domestic Violence (Prevention and Protection) Bill in June and was sent to the President for final approval. But in July, the advisor to the Prime Minister on Parliamentary Affairs Babar Awan  sought a review of the bill by the Islamic Council. He mentioned the Islamic Shariah that gives power to men to discipline women. 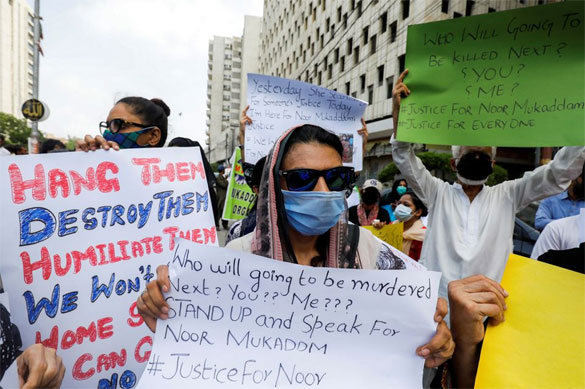 People carry signs against the killing of Noor Mukadam, 27, daughter of former Pakistani diplomat, and to condemn the violence against women and girls during a protest in Karachi, Pakistan July 25, 2021. REUTERS/Akhtar Soomro

The insensitivity of Pakistan’s male dominated political leadership became evident from the fact that the Prime Minister Imran Khan issued a statement condemning the murder after 12 days. He assured the country that the culprit will be punished.

Feminists and human rights activists feel that if the country does not enact harsher laws to curb domestic violence against women, more Noors will be tortured and killed.