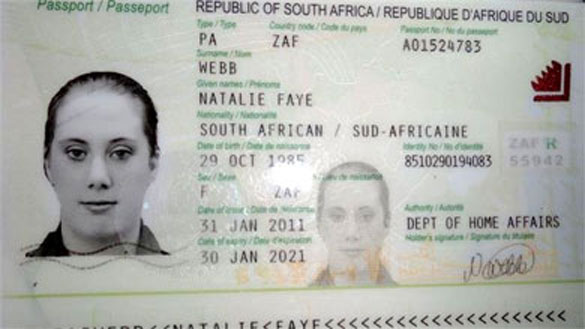 Lewthwaite, a 35-year-old mother of four, is the widow of Germaine Lindsay

Intelligence sources have revealed that Britain’s most wanted female terrorist is plotting a major attack in the capital London.

Security sources told the Daily Mirror newspaper that Samantha Lewthwaite, better known as the White Widow, is now plotting an attack in London from her base in the war-torn Yemen.

Lewthwaite, a 35-year-old mother of four, is the widow of Germaine Lindsay, the British-Jamaican terrorist who carried out one of the deadly bomb attacks in London on July 7, 2005.

British intelligence services believe Lewthwaite, who fled Britain to join terrorists in the Horn of Africa region, has had plastic surgery and has put on weight to dodge and international police hunt.

Sources have revealed that she was recently in Dubai to prepare a string of new attacks, including one in London.

One of the sources, who is operating for Britain’s MI6 intelligence service in Nairobi, Kenya, is believed to be very close to Lewthwaite while authorities have described the information received from the person as “credible”.

The source has also said that the White Widow is enjoying a vast network of contacts in Yemen, especially in south of the country where various terrorist groups are operating.

The Daily Mirror said British authorities were closing in on Lewthwaite as they had made a crucial breakthrough in the search for UK’s most wanted woman.

Britain has been faced with increasing threat from home-grown terrorists who have returned from fighting in the Middle East where they once joined terrorist groups like Daesh.

Experts believe government’s loose security controls over the past years should be blamed for the migration hundreds of British nationals to Iraq and Syria to join terrorist organizations.

Scores of women have staged a rally in Syria’s northeastern province of Hasaka to voice their support for the Syrian government forces and censure Turkey’s threats of a military campaign against Kurdish militants from the US-backed People's Protection Units (YPG).

The participants waved Syrian national flags and carried banners in support of the Syrian Army, stressing that government soldiers are the only guarantor of Syrians’ unity and that they are the only national force capable of fighting against terrorism and foreign plots.

They highlighted that Syria, thanks to the steadfastness of people from all strata of society and their full support for the army and President Bashar al-Assad, has managed to thwart all fiendish conspiracies.

The demonstrators then called on all Syrians to join forces and confront attempts aimed at undermining Syria’s territorial integrity besides Turkey’s threats against Syria’s unity.

Turkey considers the YPG a terrorist organization and an extension of the outlawed Kurdistan Workers’ Party (PKK), which has been fighting for an autonomous region inside Turkey since 1984.

Over the past few days, the Turkish military has been sending reinforcements to frontline areas with YPG militants in northern Syria.

The Turkish military, with support from allied militants of the so-called Free Syrian Army, has launched two cross-border operations in northern Syria, dubbed “Euphrates Shield” and “Olive Branch”, against the YPG and Daesh Takfiri terrorists.

Syria’s military announced on Friday that it had taken control of the northern town of Manbij, which lies in mainly Arab territory west of the Euphrates.

Kurdish forces, who were left exposed by US President Donald Trump's pledge to pull out American soldiers from Syria, have asked Syrian government forces for help amid indications that Turkey is considering a military campaign against them.

Former Jammu and Kashmir Chief Minister Mehbooba Mufti said on Monday that the Triple Talaq Bill will create more problems for Muslim women as it will disturb the family structure among Muslims.

Addressing a press conference here, Mehbooba Mufti said that since she personally faced the problems of a broken marriage, she thought it important that she should speak up on the issue.

“Being a Muslim woman who has gone through a broken marriage, I thought I should speak up on the Triple Talaq Bill.

“After separation from her husband, the biggest problem for the woman is to raise her children.

“By bringing in the Triple Talaq Bill, the BJP is entering our homes. This will disturb our family life and there will be more problems for women and men economically.

“I have gone through a broken marriage and I feel that women face the biggest challenge economically after her marriage fails.” Mehbooba Mufti accused the BJP of dividing India on religious and sectarian lines.

“The Bill is the second assault on Muslims after the financial onslaught against them through bans on mutton and leather industries.

“When we talk about reservations for Muslims, the BJP rejects it on religious lines. But when it comes to this kind of law, they run to Parliament,” she said.

She called for a consensus on the issue adding that Muslims always abide by the law.

An award distribution ceremony with the title of 2nd Women Role Model Award on Monday was held in recognition of those women who rendered tremendous services in different walks of life.

The brave teachers and educators of Isfahan, with remarkable participation of female teachers, gathered in large numbers outside the Department of Education and held a protest on Thursday, December 27, 2018.

State Security forces and intelligence agents had been stationed in the area since early morning. Police officers, including plainclothes agents, had been sent from all over Isfahan Province to identify the protesting teachers.

However, these brave women put up an impressive resistance by continuing their chants despite being pepper sprayed.

SSF women attacked some of the female teachers who were wearing chadors, trying to take off their veil to identify and arrest them. One of their tactics was to snatch the purses of female teachers and run towards the police vans. In this way, they made the purses’ owners run towards the van, pushing them into the van and forcefully arresting them.

The regime had also hired a number of thugs to snatch the purses of female teachers to identify them in this manner.

A number of teachers fainted during the attacks due to old age or physical weakness and a number of them had nausea and fell to the ground.

Isfahan Province in central Iran has been the scene of major anti-government protests since last year when the Iranian people’s uprising began.