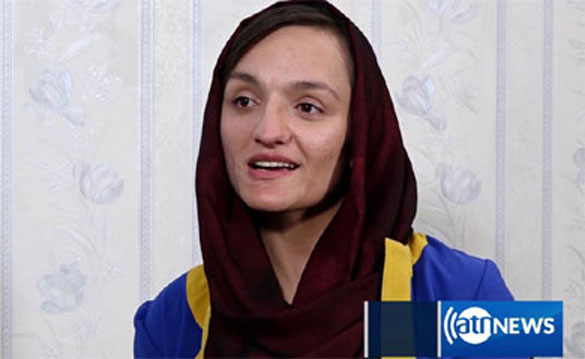 •  45-Year-Old Woman Dies from Coronavirus in West of Afghanistan

•  March Is Women’s History Month: Young Women Are Leaders of The Future

Kolkata: On a day when the police removed anti-CAA protesters from Shaheen Bagh in Delhi, agitators at the Bengal version of the Shaheen Bagh in Kolkata's Park Circus on Tuesday agreed to the state government's request and decided that only a batch of seven will contiue the stir till the coronavirus crisis ends.

About 50 women protesters have been holding a protest at Park Circus which will now come down to seven on a rotational basis in conformity with the state governmen's lockdown notification on coronavirus that not more than seven persons shall assemble together as part of the social distancing drill against COVID-19.

The demonstration on the lines of Shaheen Bagh in Delhi began at Park Circus Maidan on January 7 with 60 women protesting against the Citizenship (Amendment) Act.

"We were requested by the government to stop the gathering of protesters and carry demonstration in smaller numbers on a rotational basis. This has been allowed by the government," said Asmat Jamil, one of the organisers of the dharna.

BJP national secretary Rahul Sinha welcomed the move, but said the protest should be called off now as the country is facing an "emergency medical situation and this not a time for politics".

45-year-old woman dies from coronavirus in West of Afghanistan

The Ministry of Public (MoPH) on Wednesday confirmed that a 45-year-old woman died from coronavirus in western Herat province, increasing the number of deaths to two.

This comes as the Ministry of Public announced late on Tuesday that the number of positive cases of coronavirus has increased to 78 in Afghanistan.

According to the ministry, the public health officials recorded 32 new cases across Afghanistan between Monday and Tuesday.

The Minister of Public Health Ferozuddin Feroz had earlier warned that the coronavirus (COVID-19) could killed 110,000 people amid growing positive cases across the country.

Speaking to reporters in Kabul city, Feroz said the estimates also show that the disease could spread among 80 percent of the population of Afghanistan.

The United States has urged the Afghan authorities to fully investigate the attack on female mayor Zarifa Ghafari.

“We strongly condemn the recent attack on Zarifa Ghafari, the mayor of Maidan Shar, Wardak province. We are relieved that she and her fellow passengers survived this cowardly attack unharmed,” the State Department said in a statement.

The statement further added “We urge Afghan authorities to fully investigate and prosecute those who opened fire on her vehicle. The future of Afghanistan lies with those who seek peace and political solutions, not those who use violence and intimidation to threaten Afghan women.”

Four unknown gunmen attacked the vehicle of Ghafari in the 5th district of Kabul as she was travelling home from Maidan Shahr city of Wardak province two days ago.

The director of information and culture of Miadan Bashir Mohammadi was also travelling with her when the attack took place. Both the officials survived the attack unharmed.

TOn March 4, Mayor Ghafari was recognized as a 2020 recipient of the International Women of Courage award by Secretary of State Michael R. Pompeo and First Lady Melania Trump, alongside 11 other recipients from around the world.

The State Department said she was selected for this award due to her bravery and leadership, qualities she continues to demonstrate daily as she faces down those who seek to keep women from fully participating in Afghan life.

The UK government published then deleted changes to abortion law that would have allowed women to access medical terminations without travelling to a clinic, leaving women’s health charities “staggered”.

In the guidance, which was published for at least five hours on Monday, the Department of Health and Social Care (DHSC) said: “The secretary of state for health and social care has approved two temporary measures in England to limit the transmission of coronavirus (Covid-19) and ensure continued access to early medical abortion services.”

The changes were to ensure that women could take both pills required for an early medical abortion in their own homes – without the need to attend a hospital or clinic first, and to allow doctors to prescribe the pills from their own homes. The technical details that accompanied the news showed that the goals were to be achieved by defining both the doctor’s and pregnant woman’s homes as “approved places” for carrying out abortions.

But at 8pm on Monday night, the changes were suddenly deleted from Gov.UK, with the only accompanying explanation stating: “This was published in error. There will be no changes to abortion regulations.” A DHSC spokesperson repeated the statement, and declined to offer an explanation as to how the error occurred or whether the government no longer felt the changes were necessary to limit the transmission of coronavirus.

A British Pregnancy Advisory Service spokesperson said the organisation was “staggered by the reversal”, which came 30 minutes before the televised address in which Boris Johnson announced strict new measures to ensure physical distancing across the UK.

“We can only assume it is a bureaucratic blunder which will soon be rectified,” they said. “It simply makes no sense at all that as the prime minister was ordering people to stay in their homes last night, the Department of Health was overturning a decision that would have enabled tens of thousands of women to access early abortion care lawfully at home, protecting their own health, that of their families, and that of the doctors, nurses and midwives who care for them.

“Women with heath conditions, those self-isolating or caring for poorly family members simply cannot leave their homes at the moment – we are being contacted by women in desperate circumstances, incredibly anxious about what they should do. We urge the government to reinstate this safe and sensible policy as well as amend the law to enable one healthcare professional to authorise an abortion.”

Under current law, women in England must take the first of the two pills required for a medical abortion in an abortion clinic, but may take the second pill at home, where they should take it 48-72 hours later. In Scotland and Wales, women may collect both pills to take home.

Grainne Teggart, Amnesty International’s Northern Ireland campaigns manager, said the organisation was seeking clarification from the government. “The need for this, particularly during the current Covid-19 pandemic, is evident,” she said. “We reiterate our calls to the Northern Ireland Office to deliver this service urgently.”

A sexual blackmail ring that operated on the app Telegram and targeted dozens of women, including underage girls, has rocked South Korea and triggered demands for authorities to crack down on the rising number of sexual offences online.

Police on Wednesday took the unusual step of naming the man who allegedly ran an online network that lured at least 58 women and 16 girls into what authorities called “virtual enslavement” by blackmailing them into sending degrading and, in come cases, violent sexual images of themselves.

Cho Ju-bin faces charges of violating the child protection act, the privacy act and the sexual abuse act, as well as abuse, threats, and coercion, after he was identified as the blackmail ring’s leader.

The 25-year-old, who allegedly used the nickname “baksa,” or “doctor” in Korean, is accused of distributing and streaming the videos in a group chatroom on the messaging service Telegram.

Police, who have referred the case to prosecutors, made Cho’s name public after a record five million South Koreans signed multiple petitions on the presidential office website demanding that authorities reveal his identity.

“I apologise to those who were hurt by me,” Cho said as he was led out of a police station in Seoul on Wednesday, but he did not respond when asked by reporters if he had admitted to the charges. “Thank you for ending the life of a demon that I couldn’t stop.”

The decision to release Cho’s name came after the South Korean president, Moon Jae-in, denounced the crimes as “cruel”, adding that public anger was “justifiable”.

Police will also investigate users who paid up to 1.5m won (US$1,200) in cryptocurrency payments to view the abusive images allegedly uploaded by Cho.

Cho allegedly approached women seeking part-time work and offered them payment in return for nude photographs, Yonhap said. He then allegedly threatened to reveal the women’s identities unless they sent clips of themselves performing sexual acts, including those involving violence.

Some were forced to carve the word “slave” on their bodies and pose in a way that would prove to chatroom users that they “belonged” to Cho, according to reports.

South Korea is already grappling with an epidemic of of secretly filmed images of a sexual nature, known as molka, which are then shared online.

“Through strict investigation, the police will entirely transform the social apathy to digital sex crime and strongly root out such crime from our society,” Min Gap-ryong, the commissioner general of the Korean National Police Agency, said.

The agency said 124 suspects had been arrested and 18 operators – including Cho – of chat rooms on Telegram and other social media had been detained since last September.

The Korea Herald said the Cho case proved the need to strengthen penalties for sexual crimes. Currently, those found in possession of abusive images of children receive a year in prison or a fine of 20m won – a penalty the newspaper described as a “slap on the wrist”

Traditionally, March is Women’s History Month but, as we all know, events and celebrations have been disrupted by COVID-19. We’re taking a break from the news updates to hear some inspiring stories on how these three women have been thriving their historically male-dominated fields. Join us by watching BostonTalks: Women Making History (recorded live on March 21).

Jen Myronuk is a filmmaker exploring the intersection of living history theater and immersive media. She tells the untold stories of women in science, including Marie Curie.

Mehreen Butt, Esq., became the first American Muslim woman to be elected to a municipality in Massachusetts when she won a seat on the Wakefield Board of Selectmen in April 2017. A year later, she helped change the board’s name to the gender-neutral Wakefield Town Council.

Trenni Kusnierek is an Emmy-winning Sports Anchor and a passionate advocate for women’s equality, especially in sports. While she has had her share of challenges, she has not let them prevent her from thriving as a sports anchor.

Edgar digs a little deeper into topics in the news, explores the off-beat and searches for answers to questions in the world around us. His radio features can be heard on 89.7 WGBH’s Morning Edition and All Things Considered, and his television features can be seen on WGBH’s Greater Boston.

BostonTalks is throwing the formal panel discussion out the window. Each event combines short speaking programs, drinks, and a chance for you to join the conversation. Even at home, you can connect with us on Twitter @WGBH. Maybe, even enjoy a cold beverage as you watch!

The Forum Network is a public media service of WGBH that offers hundreds of video and audio lectures from the world's foremost scholars, authors, artists, scientists, policymakers, and community leaders, made available to the public for free. Brows more talks on their full site here.