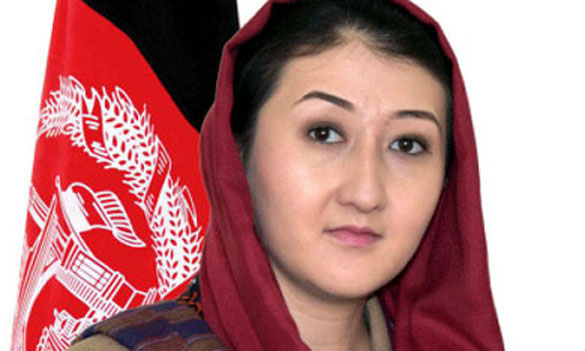 •  Girls Can Retain Religion As Pak Law Does Not Approve Marriage of Minors: Lawyer

The Islamabad High Court (IHC) on Tuesday, while hearing a petition filed by two Ghotki sisters who were allegedly forcibly converted from Hindusim and married to Muslim men, ordered the state to take over custody of the girls and ensure their safety.

The petition filed by the girls and their spouses Safdar Ali and Barkat Ali sought protection from adverse action. It said that the girls left their home on March 20. On March 22, after announcing that they had willingly converted, the girls sought legal help.

According to the petition, the two girls were born in a Hindu family and converted because they were impressed by Islamic teachings. It claimed that they did not inform their family because of threats to their lives.

They claimed that MNA Ramesh Kumar Vankwani and Hari Lal from the Hindu Council had concocted a false and fabricated story about their forceful conversion.

The petitioners subsequently left their native town of Ghotki in Sindh and travelled to Khanpur in Rahim Yar Khan, Punjab. They travelled to Islamabad after learning that the inspector general of Sindh and Punjab were planning an operation in Khanpur against them and, the petition claimed, feared that the police may kill them if they are apprehended to show "progress" to the governing party.

They asked the court to restrain the respondent authorities ─ the state minister for interior, Sindh chief minister, inspectors general of Sindh, Punjab and Islamabad police, MNA Vankwani and the Pakistan Electronic Media Regulatory Authority (Pemra) ─ from "harassing" and "threatening" them, as well as requesting that Pemra be asked to refrain from "promoting propaganda" against the petitioners.

IHC Chief Justice Athar Minallah heard the petition in Courtroom 1, where both girls and their alleged spouses were also present. The judge ordered the state to take over custody of the girls, and they were subsequently handed over to the deputy commissioner (DC) Islamabad.

"DC sahab, until the final report is submitted, they will remain your guests," Justice Minallah said.

Justice Minallah also ordered the determination of the girls' age and instructed the provision of security to them to ensure their safety.

"Even if the girls are placed in a shelter home, the federal government must ensure their protection," the judge asserted. "A district and sessions judge will be appointed a guardian in this case."

The hearing was adjourned until April 2.

A young Afghan woman has been appointed as deputy minister of commerce and industry of Afghanistan as efforts are underway to further increase the presence of women in key leadership posts in governmental institutions.

Muqaddesa Yourish has been recently been appointed as deputy commerce and industry minister for trade.

She was previously serving as a commissioner in the Independent Administrative Refform and Civil Service Commission of Afghanistan.

Before joinging the Independent Administrative Reform and Civil Service Comission, Yourish was serving as the director of Human Resources of Kabul Municipality. She has also served as deputy head of the Association of Fulbrighters of Afghanistan.

Pakistan's controversial singer Rabi Pirzada has cooked up another storm after her tweet regarding women in New Zealand donning headscarves to express solidarity with Muslims baffled netizens.

Attacking   Pakistani women's freedom of choice surrounding 'dupatta', Rabi's highly contentious tweet compares them with the women of New Zealand wearing hijab to exhibit compassion towards the victims of the horrific Chirstchurch mosque attacks launched by a white supremacist Brenton Tarrant on March 15.

The 30-year-old singer - who remains in the headlines for one controversy or another - recently took to Twitter to post that after seeing white women in New Zealand entering mosques wearing headscarves, all women of Pakistan  headlining anti-dupatta campaigns should die.

Following her tweet, Twitterati is in a deep state of rage and has expressed displeasure over Rabi's condemnable tweet.

Earlier, the singer had triggered a massive controversy when she said she has been harassed by women in the media and that in reality harassment does not actually exist, instead, majority of the cases are consensual.

Girls Can Retain Religion As Pak Law Does Not Approve Marriage of Minors: Lawyer

The two Hindu minor girls who were allegedly abducted and forcibly converted to Islam and married to Muslim men can retain their religion as Pakistan’s Hindu Marriage Act does not approve the marriage of Hindu girls below 18 years.

Senior advocate Hira Singh on Monday told TOI over phone from Karachi that in 2016 the Sindh assembly had passed the bill which stated that the approved age for marriage could not be less than 18 years. It, however, has not yet been signed by the governor of Sindh. He said the husbands of the girls, Reena (15) and Raveena (13), have already filed an application in the civil court, claiming that they (girls) had voluntarily accepted Islam and got married without any force.

“Now, the legal position is that the statement of girls in the court will be the deciding factor even if the police arrest the socalled accused,” said the senior advocate. Meanwhile, Pakistan’s Hindu leadership has demanded passing of the Sindh Criminal Law (Protection of Minorities) Bill 2015 to safeguard rights of the minority Hindu community and ensure their protection.

UNITED NATIONS: The UN body exclusively dedicated to promoting gender equality and women’s empowerment wrapped up its annual session at the weekend with agreement on ways to safeguard and improve women’s and girls’ access to social protection systems, public services and sustainable infrastructure.

The 63rd session of the Commission on the Status of Women (CSW), which traditionally brings women’s rights advocates from across the world to United Nations Headquarters in New York for two weeks of intense dialogue, expert panels and partnership events, concluded with a strong commitment by UN member states to ensure that services, infrastructure and social protection systems are designed and delivered in ways to prevent discrimination and create a “level playing field” for women and girls.

The Executive Director of UN Women, which serves as the CSW Secretariat, Phumzile Mlambo-Ngcuka, said: “This annual gathering has never been bigger nor more significant for the women and girls of the world.”

Pakistan’s one person delegation to the Commission was led by Khawar Mumtaz, Chairperson of the National Commission of Women.

The annual meeting of the Commission, which dates back to 1947, brought to the UN more than 9,000 representatives from civil society organizations.

This year Pakistan organized a record four side-events dedicated to the promotion of gender equality and the empowerment of women that, Pakistan’s UN Ambassador Maleeha Lodhi said, were part of “our diplomatic activism.”

The Commission’s meeting opened on March 11 with statements from a wheelchair-bound Pakistani mother Muniba Mazari, who yearned to visit a park without worrying about ramp access, and a young South Sudanese woman Mary Fatiya, who dreamed of having affordable health care.

Those and other moving testimonies heard over the two-week session spotlighted some stark truths: universal access to an old-age pension, quality health-care services and safe and affordable public transport can enhance women’s income security and independence, shape whether a small entrepreneur will get her products to market on time, and at what cost; or whether an adolescent girl can get safely to her school and has access to a toilet.

This can determine whether girls go to school at all, what markets a woman farmer can access, and how much time she has left in a day to pursue other paid work or leisure.

The outcome of the session, known as the Agreed Conclusions, speaks directly to these concerns by setting out concrete measures to bolster the voice, agency and leadership of women and girls as beneficiaries and users of social protection systems, public services and sustainable infrastructure.

Mlambo-Ngcuka said the Commission’s recommendations “pave the way for governments to engage and invest differently; involving women in policy dialogue, and targeting initiatives that go to the heart of the largest barriers to the empowerment and voice of women and girls.”

Social protection systems, public services and sustainable infrastructure are integral to achieving the implementation of the landmark 1995 Beijing Declaration and Platform for Action and the 2030 Agenda for Sustainable Development adopted by world leaders in 2015.

LG Electronics takes pride in its extensive range of smart appliances that empower women and make their lives not only more convenient and productive, but also more enjoyable.

LG makes the perfect study tool for women university students in the LG gram series of laptops, widely known as the lightest laptops on the market today. LG gram 17 offers over 19 hours of life, and its unprecedented 17-inch screen suits students who write essays and study online material for countless hours.

For working women, LG’s Styler is the ideal addition to a successful career. LG’s TrueSteam technology eliminates over 99.9 percent of the germs, leaving clothes fresh and clean for crisp, sharp looking smart wear without the use of water.

For dishwashers, the LG SteamClean dishwasher cleans more effectively and delivers a host of unique performance-enhancing technologies to give customers a whole new way to wash dishes.

LG high tech appliances make cooking fun. Working women especially love quick, easy meals, and the EasyClean feature in LG’s combination wall oven is a timesaving feature that removes any food residue that might have splattered on the interior. LG’s smart kitchens ensure a superior culinary experience and create an environment that is welcoming and stress-free.

In the world of family entertainment, the LG’s AI TVs, with the Google Assistant built in, offer a streamlined experience that allows users to expertly manage daily tasks, find answers to important questions and control compatible smart home devices

Prominent Iranian human rights lawyer Nasrin Sotoudeh has been sentenced to 38 years in prison and 148 lashes, according to her family.

Sotoudeh is well known for representing human rights defenders, dissidents and women who protested against the compulsory wearing of a headscarf in Iran.

According to IRNA, Iran’s state-owned news service, the human rights lawyer was convicted of “gathering and colluding to commit crimes against national security” and for “insulting the Supreme Leader”.

A Facebook post by her husband Reza Khandan said the ruling sentenced her to 33 years and 148 lashes. He added that the punishment brings her prison time to 38 years. In 2016, she was sentenced in absentia to five years, according to Khandan.

But state media said that Sotoudeh was sentenced to seven years in prison, citing the judge in the case, Mohammad Moghiseh. The reasons for the discrepancy in the reports was not immediately clear.

“Nasrin Sotoudeh has dedicated her life to defending women’s rights and speaking out against the death penalty — it is utterly outrageous that Iran’s authorities are punishing her for her human rights work,” said Philip Luther, Amnesty International’s Middle East and North Africa research and advocacy director, in a statement on Monday.

Last June, Sotoudeh was arrested at her home in Tehran and taken to Evin prison, a notorious jail just outside the capital.

According to Amnesty International, Iran conducted its “worst” crackdown in a decade in 2018, arresting over 7,000 dissidents.

Sotoudeh, a winner of the European Parliament’s Sakharov Prize for Freedom of Thought, is serving a jail sentence for a second time. In 2010, she was sentenced to 11 years in prison on charges related to her work defending detained Iranian demonstrators during the 2009 Green Movement, a protest movement sparked by widespread accusations of electoral fraud.

She was granted an early release in 2013.

Responding to news of Sotoudeh’s sentencing, campaigners against the compulsory hijab were defiant. “By creating fear and putting people in prison or forcing them to leave the country and live in exile, or threatening them, they cannot stop the compulsory hijab protest in Iran,” New York-based Iranian activist Masih Alinejad, who has previously been represented by Sotoudeh, told CNN.

In January, Sotoudeh’s husband, who is also a human rights lawyer, was convicted of security-related charges and sentenced to six years in jail. He has appealed while waiting to serve his prison sentence.