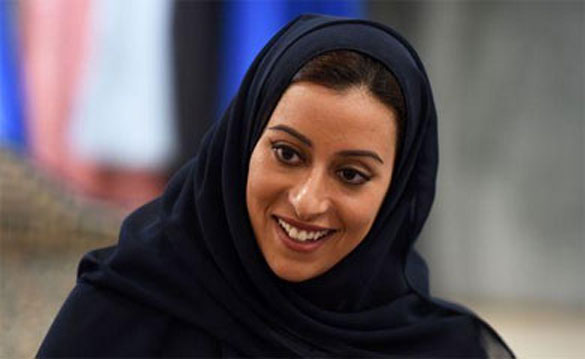 Female Muslim students at the Kenya Medical Training College in Mwingi town were denied entry Friday for wearing the hijab.

The students said the issue over their dress code started around two months ago after a new deputy principal was transferred to the college who vowed to ban Muslim students from wearing the hijab, saying it was not part of the school uniform.

"Our female students have not been able to attend school for the last three days as the management has directed the gatekeeper not to allow them [to enter] in their hijabs," Abdullahi Hassan, a male student, told the Nation newspaper in Kenya.

Yusuf Abdullahi, an official from the Supreme Council of Kenya Muslims (SUPKEM), told Anadolu Agency: "We are aware of what has happened today. We want the issue to be sorted out by the Ministry of Education to avoid the discrimination that we are seeing. We as Muslim leaders will not remain silent."

This is not the first time that such a case is being reported in Kenya. St. Paul Kiwanjani High School in Isiolo County filed a petition at the High Court earlier this year to ban Muslim girls from wearing the hijab at school. Other high schools and colleges have also banned the hijab, forcing Muslim students to transfer elsewhere.

Kenya's High Court previously ruled that students should not be allowed to wear different attire at school, saying it encouraged religious and status divisions. But the Court of Appeal later overturned the High Court’s verdict and ruled in favor of allowing Muslim girls to wear the hijab, saying school rules could not be allowed to suppress one’s belief or right of worship.

The decision by the appeals court is not final and can be appealed again at the High Court by any aggrieved party.

“The Central Criminal Court sentenced five criminals, two of them with Azeri citizenship and three others from Kyrgyzstan, to death with hanging for belonging to the Daesh terror group,” said Judge Abdulsatar Bayrakdar, according to a statement on Thursday from the Supreme Judicial Council, using an Arabic acronym for ISIS.

Bayrakdar said the women were members of ISIS and had participated in “criminal acts” against Iraqi forces.

Iraqi courts have previously sentenced tens of women, mostly Turkish, to death for links with ISIS.

The participants, in a statement at conclusion of the April 26-27 conference, also called for empowering women and adopting principle of efficiency for selection for jobs and promotions.

They called for reaching out to decision-makers, politicians and economists to enable women occupy senior positions.

They called for encouraging Arab women to be involved in decision-making to address current and future challenges.

Arab women should also be involved in planning for sustainable development strategies, they said.

Many leading women were honored during the conference. (end) mtt.bs

Influenced by her time in Tokyo, she brings fresh ideas

A young Saudi Arabian princess inspired by her time living in Tokyo is the new face of fashion in an ultraconservative kingdom, where dramatic reforms have sparked equal parts optimism and scepticism.

With a shayla headscarf draped over her hair, the princess is warm, welcoming and eloquent, the exact image that fans have hailed as the future of Saudi Arabia and critics have dismissed as little more than window dressing in one of the most restrictive countries in the world.

“Absolutely I understand people’s perspective,” said Princess Noura, in an interview in Riyadh. “Saudi Arabia has strong ties with its culture. As a Saudi woman, I respect my culture, I respect my religion.

“Wearing the abaya or being, if you would like to call it, conservative in the way we dress is something that is part of who we are. It’s part of our culture ... this is how our life is, even while travelling,” she said.

Saudi Arabia has witnessed rapid policy change since the June appointment of Crown Prince Mohammed bin Salman, son of the king and heir to his throne.

From this summer, women will be allowed to drive in the kingdom. The Crown Prince has also hinted that the abaya, the neck-to-toe robe worn by women, may no longer be compulsory.

The first Saudi Arabian edition of Arab Fashion Week opened on April 11, two weeks behind schedule, under the eye of Princess Noura.

Organised by the Arab Fashion Council, the event drew international attention both as a watershed in Saudi Arabia and for its controversial configuration, which saw the shows restricted to women — and banned to cameras. The line-up included Saudi Arabia’s own Arwa Banawi, whose ‘The Suitable Woman’ range is adored by fashionistas across the region, and Mashael Alrajhi, the eponymous gender-inclusive label of a rarely seen Saudi sheikha.

Princess Noura said the limited access was “part of the restrictions that we have to follow as part of the culture. It was a women-only event and some women are coming to the event — most of them, I would say — feeling safe.

“I’m coming to see fashion without having to worry about anyone taking my picture. I want to enjoy it.”

Pictures of the event were taken by the fashion council’s photographers and released after the approval of Saudi Arabia’s General Entertainment Authority.

The princess graduated from Tokyo’s Rikkyo University with a Masters degree in International Business with a Japanese Perspective.

She cites her time in Japan as a major influence on her approach to fashion, business and people at home.

The cultural influence of Asia is visible in Riyadh, where the crossover between the kimono and abaya is growing in popularity among fashion-loving youth.

Ready-couture, the halfway point between haute-couture and ready-to-wear, has also sky-rocketed in the region with the rise of social media and influencers, and Saudi Arabia has an eye on that market — as a future manufacturing hub.

The princess also has her eye on introducing textile manufacturing to Saudi Arabia, which is seeking to reduce the economy’s dependence on oil.

“Even if it’s just 10% of the production line, or the manufacturing line, we can have the finishing... the last stages of assembly in Saudi Arabia,” she said. “I believe that we can do something great.”

A previous WWE event held in the ultraconservative kingdom in 2014 was for men only. But Friday night's event in Jiddah included both women and children in attendance to watch the likes of WWE star John Cena and others.

It's all part of a series of social changes pushed by the kingdom's assertive 32-year-old Crown Prince Mohammed bin Salman.

WWE is wildly popular across the Middle East. The organization has an Arabic website and has held events in other Gulf Arab nations.

20,700 Women ‘Out Of Electoral Rolls’ In South District, Pakistan

KARACHI - More than 20,700 women in provincial capital’s South District are out of voters lists, mainly because they have not been issued computerised national identity cards (CNICs), says a survey report prepared by a non-government organisation.

The Pakistan Press Foundation (PPF), a member of Free and Fair Election Network (FAFEN), has urged the National Database and Registration Authority (NADRA) and the Election Commission of Pakistan (ECP) to take urgent steps so that these women can exercise their right to vote in the coming general elections.

As per details, PPF in collaboration with FAFEN, held a press briefing at the Karachi Press Club (KPC) here Friday on “Improving women’s participation in electoral process”.

PPF, during a special drive under the ECP for registration of voters, also went house-to-house in 125 statistical blocks in South District to pinpoint the women who were not issued CNICs. With assistance of EPC and NADRA officials many of these women were facilitated to get CNICs and register as voters, either at their doorstep or at the nearest registration centres. A mobile van of NADRA was arranged for fulltime and another for part time to expedite this process. Officials of NADRA Centre at Chakiwara, Lyari extended valuable cooperation in this regard.

PPF also facilitated six vision-impaired male and female members of a family in getting their CNICs. Moreover, 240 non-Muslim women were also assisted to get their CNICs.

Union Council Chairmen Tajuddin, Amjad Aba and Haji Hassan; councillors Safiya, Ameen Baloch and Orangzeb; District Election Commission South Samiullah, Deputy Director (Operations) Maqsood Ahmed and other officials of NADRA fully facilitated PFF. Shaikh said that without their cooperation it would be impossible to facilitate so many women in getting their CNICs and votes registered.

However, PPF appealed to the National Database and Registration Authority (NADRA) and the Election Commission of Pakistan (ECP) to do the needful so that these out-of-electoral rolls women could also exercise their right to vote in the coming general elections.

The US-based Global Summit of Women conferred the award on her for her leadership in women’s education and entrepreneurship in Bangladesh.

She received the award from summit President Irene Natividad at a gala dinner, in the presence of around 1,500 women leaders from across the world.

“We have to forge a new alliance to support women and uphold their rights,” Hasina said as she received the award to a standing ovation.

“Together, we must act on our shared culture, tradition and values to benefit millions of women in need.”

During her 10-year rule, Hasina has created opportunities for Bangladeshi women in the civil service, corporate, development and entrepreneurship sectors.

But despite social development, violence against women and gender inequality remain key issues to be addressed.

“We need to ensure prompt justice against domestic violence and rape,” said Prof. Ishrat Shamim, president of the Center for Women and Children Studies in Dhaka. “It will make people aware and deter them from resorting to violence against women.”

Child marriage is also a huge concern among women’s rights activists in Bangladesh. Shamim said a minimum age for girls to get married should be set at 18.

Currently, child marriage for girls is legal in many parts of the country under special circumstances.

“On the one hand, women are contributing to the development of society with much confidence, while on the other they’re facing violence both inside and outside the home.”

Hasina expressed her resolve to work with world leaders to overcome traditional gender stereotypes and reach out to marginalized and vulnerable women.

She stressed the need to address health hazards specific to women to enhance their productivity, and the need for equal opportunities for women in every walk of life.