A Veiled Muslim Woman Abused, called ‘Smelly,’ And Told ‘This Is Not Your Home’ On London Tube

Muslim Woman Abused, Called ‘Smelly,’ And Told ‘This Is Not Your Home’ On London Tube 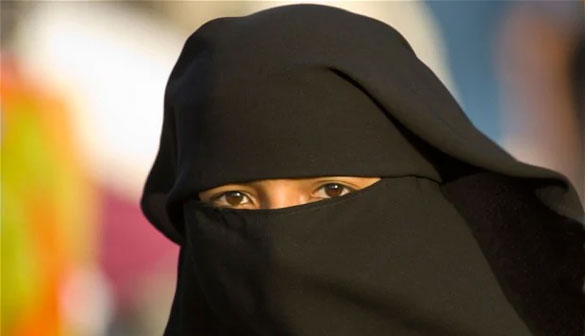 A Muslim woman who wears the niqab faced a torrent of anti-Muslim and Islamophobic abuse from a female passenger who told her, “this is not your home,” adding that she was “smelly” on a busy Central Line train when travelling with her husband and children.

The incident occurred on August 15.

Speaking to Tell MAMA, a witness, who wishes to remain anonymous, described how the perpetrator also said: “you, Muslim, why are sitting next to me? Why are you wearing that?”

The witness also described how the abuse left the Muslim woman tearful, and that she was comforted by a white female passenger, who challenged the perpetrator who then left the train one stop later.

She described the perpetrator as being a black female in her mid-to-late sixties. 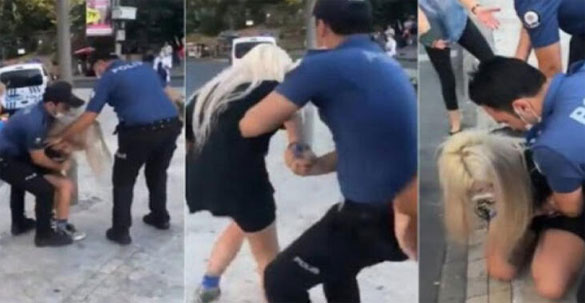 Two police officers who used excessive force on a woman who was not wearing her face mask properly have been suspended from duty,

Two police officers who used excessive force on a woman who was not wearing her face mask properly have been suspended from duty, the Istanbul Governor’s Office said in a written statement on Aug. 20.

The statement came just after a video showing the incident on Aug. 19 caused an outcry on social media.

“We are saddened by the images that we never would accept to happen,” the statement said.

The footage shows the two police officers getting a woman on the ground and trying to handcuff her in the Kadıköy district of the megapolis.

The woman is seen crying and shouting with fear.

The governor’s office stressed the investigation is ongoing despite the decision to suspend the officers.

A group has been supporting vulnerable people during the coronavirus pandemic by ensuring they are not going hungry.

The Muslim Women's Council usually serve curry to people in need every Thursday in Bradford from the Carlisle Business Centre in Manningham.

But during the pandemic they've had to adapt and provide takeaway meals to service users.

Bana Gora, CEO of the Muslim Women's Council, said: "I just think it's a duty upon each and every one of us to help those in need in our communities and that's what we're trying to do."

marriage if the husband renounces Islam or converts to another faith, but not if the wife does so.

The petition filed by Delhi residents Tuba Kamil and Hari Mudgil have challenged Section 4 of the Act contending that the wife cannot claim a decree of divorce on the ground of her conversion or renouncing of faith, rather she has to first establish any of the nine grounds given under Section 2 of Act.

The plea came up for hearing on Wednesday before a bench of Chief Justice D N Patel and Justice Prateek Jalan which said prior to going into the merits of the matter it would like to verify the bonafides of the second petitioner, Hari Mudgil, as in another petition by him before the same bench his name was Hari Kishan.

The second petitioner, during the hearing of the other petition, had also told the court that he was an armed forces personnel.

In the instant petition, the bench posed a number of queries regarding his two names, his army identity card and whether he was on leave presently.

During the hearing itself, the man showed the bench his army identity card and said he was on leave from July 27 to August 26.

He also said that his oicial name was Hari Kishan and the mention of Hari Mudgil was a "clerical error".

The bench, however, did not accept the oral submissions and asked him to place everything, including a copy of his identity card, on record by way of an aidavit and listed the matter on September 15.

The court said it will hear the matter only aer his bonafides are verified.

While contending that the law on dissolution of marriage for Muslims was discriminatory, the petition said the wife first has to establish any of the nine grounds given under Section 2 of Act.

This leads to discrimination between women who were born into the religion of Islam and those who converted to it, the petition has contended.

The petitioners have sought quashing of section 4 of the Act claiming that it is "unconstitutional".

Cairo: Municipal authorities in the Saudi holy city of Mecca have shut down a women’s gym for failing to comply with preventive protocols against the coronavirus, according to media reports.

The licence of the facility, located in Al Shawqia, will not be renewed as a form of punishment that also includes fines, the head of the Women’s Monitoring Directorate Al Anud Bin Mansi said.

“Inspection tours of all female institutions will be intensified to ensure their commitment to apply all rules,” she said.

“Inspection teams will not be lax in doing their duties well in cooperation with municipalities in monitoring and detecting violating stores,” the official added.

In July, Saudi Arabia allowed all businesses to resume their activities amid strict measures against COVID-19 under a plan for a gradual return to normal life in the kingdom.

While relaxing several virus-induced curbs in recent weeks, Saudi Arabia has repeatedly warned against violating measures adopted to contain the highly contagious disease including observance of social distancing, mandatory wearing of protective face masks and a ban on large gatherings.