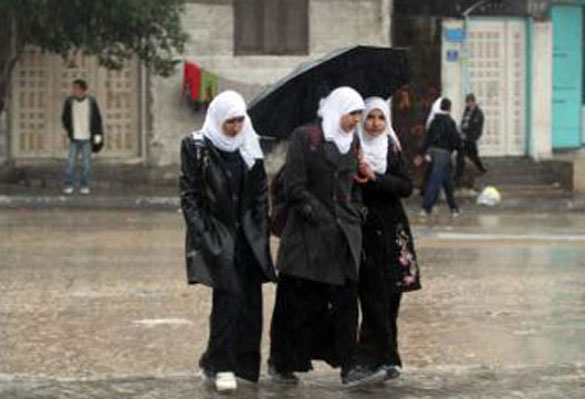 •  35 Women in Aceh Netted for Straddling Motorcycles by Shariah Police

•  One Up On Einstein: UK-based Neha Ramu in League of Stephen Hawking, Bill Gates

AHMEDABAD: "Assalam o Alaikum. My sister is a fair, slim, post-graduate, non-working, Allah fearing girl (prays five times & recites Quran) from a very educated Sunni Muslim family. We are looking for a religious, Muslim groom, should be well educated and earning (Halal). Please don't ask to chat. If interested, kindly contact me with your photograph and other details."

Indian Muslims are increasingly using the internet to seek matrimonial alliances, but they are also making critical adjustments while presenting themselves, says a study - Self presentation in online environments: A study of Indian Muslim matrimonial profiles. The study has been done by Smeeta Mishra from Jamia Millia Islamia University (Delhi), Mathukutty Monippally of the Indian Institute of Management Ahmedabad and Krishna P Jayakar of Pennsylvania State University.

The study found that the profiles also conformed to the gender stereotypes prevalent in Indian society. For instance, 75% of the female profiles claimed to have been posted by someone other than the candidate, showing the importance given to the involvement of family members in spouse selection. Besides, it is 'unconventional' for Indian women 'to initiate their matrimony', unless the candidate is considerably older or divorced.

"Throwing oneself open to premarital online interaction in a community which often does not provide space for unmarried men and women to meet without supervision sends out a dual message: we are modern, yet we are traditional," says the study.

Among other findings, education occupied a critical place while income was not equally important for both. Sixty-eight per cent female profiles did not even mention their income. Some 42% women claimed to be either students or not working.

"Few Indian Muslim profiles in our study highlighted external manifestations of religiosity, such as praying five times a day, wearing a hijab or burqa, and observing Ramadan. Relatively more Muslims (35%) in our sample portrayed themselves as internally religious, that is, they referred to general declarations of Islamic faith," says the study.

Overall, women claimed to be more religious than men. Nearly one-fourth (23%) of all profiles included an Islamic greeting, with more women's ads (29%) than men's (18%) featuring them. Evidently, a woman advertising for herself in a still-traditional community might be afraid of being seen as too progressive or 'forward' and compensates through more explicit markers of religious values.

Shaheen Afzal, 22, who lives with her parents in Ahmedabad, has been getting alliances for her profile on one such site. "My parents decided the content after a lot of consideration. Our main criterion is to get a well-educated and tall groom, who also takes care of his family duties as per the laws of Islam. It is true that most Muslim families are traditional when it comes to seeking matrimony. Dating or chatting is strictly not allowed," said Shaheen.

Eighty-four percent of the profiles belonged to the Sunni sect, which is the largest sect in Islam globally and within India. Most Muslims across the world repudiate identification on the basis of caste distinctions. However, 27% of the matrimonial profiles of Indian Muslim men and women referred to the candidate's caste. Furthermore, more men and women from Northern India included a reference to caste in their profiles than those from any other region in the country. Among those who mentioned their castes, 83% belonged to the high-ranked castes such as Syeds, Shaikhs, Pathans, and Mughals while only 17% belonged to the low-ranked caste group.

The study concludes that 'complementarily' between traditional matchmaking and spouse searching on the internet may be a principal driver of the ready acceptance of online matrimonial ads in general population as well the traditional Muslim community. However, the Internet also presents critical differences and challenges for matrimonial advertising.

"The internet, through association with pornography, online gambling, political extremism, and such assorted vices, is also a profane medium, and those advertising themselves on it might place their traditional and conservative identities under question. To counter this negative stereotype of the Internet, advertisers might have been tempted to display their traditional religious values in their profiles and that also explains why women felt more compelled to use -Islamic greetings than their male counterparts, especially when advertising for themselves."