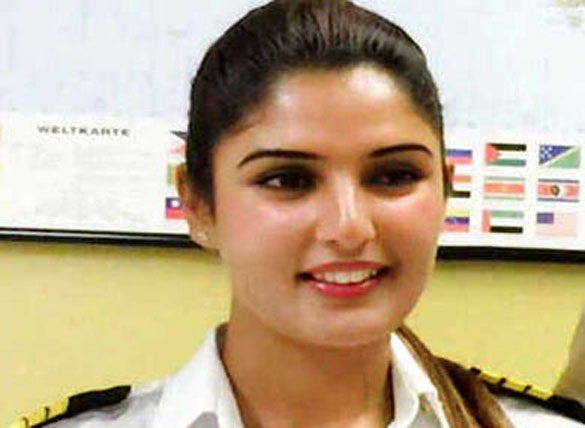 SRINAGAR: Thirty-year-old Iram Habib has become the first Kashmiri Muslim woman to become a pilot. Habib will join a private airline next month.

Her father is a supplier of surgical equipment to government hospitals. In her pursuit, Iram even gave up her dream of achieving a doctorate in forestry to give wings to her childhood ambition.

Iram, who is presently taking classes in Delhi to get a commercial pilot license, told TOI that she completed her training from Miami in the US in 2016. “Everyone was surprised to find that I am a Kashmiri Muslim doing flying but I went ahead to achieve my goal,” she said.

Manal Awad Mikhail was appointed governor of Damietta province Thursday. She was previously a deputy for the Giza governor.

The reshuffle included new governors for Cairo, Giza, Luxor, Aswan and North Sinai. Egypt had appointed the first-ever female governor to the province of Beheira in a reshuffle last year. The Beheira governor was changed in Thursday’s reshuffle.

Christians, who constitute about 10 percent of Egypt’s Muslim-majority population of 100 million, have long complained of discrimination and their under-representation in top government positions.

JEDDAH: The Saudi Industrial Property Authority (MODON) signed a memorandum of understanding (MoU) with the Women and Children Social Commission to boost cooperation, increase efficiency, promote women’s participation in the labor market, and empower them to find suitable job opportunities in industrial cities.

The MoU also aims to contribute to non-profit societal development, support women entrepreneurs and empower their initiatives in the industrial sector.

The MoU is part of MODON’s efforts to boost development of the industrial sector, said Al-Salem.

Amnesty International has called for solidarity with female Saudi activists detained by the authorities for over three months without charges or trial.

The organisation asked activists around the world to appeal to the Saudi authorities via Twitter for the immediate and unconditional release of the activists, to reveal where they are being detained, ensure that they are allowed to contact their families and lawyers without delay and to protect them against torture and other forms of ill-treatment.

The organisation also recommended to appeals be sent to the Saudi king and justice minister regarding the matter.

Amnesty said the Saudi authorities continue to detain activists who had defended the women’s right to drive: Loujain Al-Hathloul, Eman Al-Nafjan and Aziza Al-Yousef, for more than 100 days without trial or charges.

Local media has accused Al-Hathloul, Al-Nafjan and Al-Yousef of forming a “cell” which posed a threat to state security because of their “contact with foreign entities with the aim of undermining the country’s stability and social fabric”.

“Amnesty International is concerned that if they are charged, they may face up to 20 years in prison, so now is the time to act and defend these courageous activists, who are considered to be the most prominent advocates of the human rights movement in Saudi Arabia.”

“Although the world has praised the Saudi government for recent reforms; including lifting the ban on women driving; we must be aware of the risk of imprisoning women activists who have worked tirelessly for years for women’s rights in Saudi Arabia,” it added.

A46-year-old man who attacked a Muslim woman on SkyTrain has received a suspended sentence and two years probation, after pleading guilty to assault and threatening, according to the B.C. Prosecution Service.

In December, Transit police arrested Pierre Belzan in connection with the attack on an 18-year-old Muslim woman that, she says, was preceded by a racist rant.

Noor Fadel, who was wearing a hijab, said she was approached by a man who began yelling at her in a mix of Arabic and another language she says she did not recognize.

The man, Fadel said, told her to go back to her country and that he would kill her and all Muslims. He then attacked her, she said.

Police said Belzan did not have a criminal record.