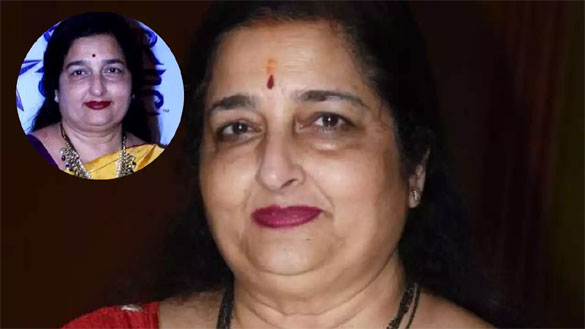 Singer Anuradha Paudwal has waded into the raging controversy over Azaan on loudspeakers. Paudwal has sought a ban on loudspeakers for Azaan claiming that Muslim countries have already banned it. Speaking in a interview Paudwal said, “I have visited many places in the world. I have not seen anything like this happening except in India. I am not against any religion, but it is being forcibly encouraged here. They play Azaan on loudspeakers from Mosque. Other communities question if they can use loudspeakers why cannot others do the same." Watch this video for more details. 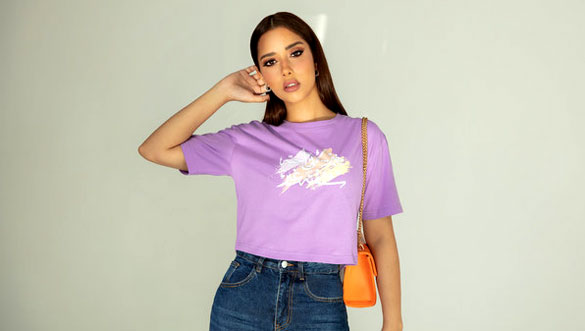 The collection is based on a set of five quotes from the singer’s most popular songs. Supplied

The collection is based on a set of five quotes from the singer’s most popular songs, and includes narrative T-shirts designed with modern calligraphy and embellishments.

A portion of proceeds from the capsule collection will go to those in need in recognition of Ramadan’s virtues of sharing and gratitude.

Profits from a Shein livestream on April 9 will be directed to organizations such as the Emirates Red Crescent and Sanad Children’s Cancer Support Association.

Fathi took to Instagram to promote the launch. She shared with her 13 million followers sneak previews in recent weeks and a full collection video this week.

“A new collection with Shein inspired by the lyrics of my songs, now available on Shein website,” she wrote to her fans.

The singer, who rose to fame in 2013, was born in the UAE to Yemeni-Emirati parents, and credits her father Ahmad, who is also a musician, with teaching her about the industry.

Fathi’s personality and popularity have helped her become a regional influencer, as well as a role model.

During her career the “Hala Jdeeda” singer has worked with many charities and been a consistent advocate of women’s rights.

As part of her philanthropic work, the singer previously visited Yemeni refugee camps in Djibouti and launched the #DontCoverItUp campaign, which aims to raise awareness on domestic abuse.

She was named a UN Champion for Women’s Rights in the Middle East in 2016.

She has also collaborated with major fashion houses, and was the first Middle Eastern celebrity to partner with jewelry and luxury watch brand Piaget.

In 2020, Fathi launched her own beauty brand, Bex — a nickname used by close friends and family.

The label focuses on the Arab ideal of beauty, with products such as foundation colors with different undertones, a humidity-proof eyeliner and a variety of nude shade long-lasting lipsticks.

KOLKATA: In a first, the state government has decided to set up an all-women armed battalion and its units will be posted in all the districts and in the police commissionerates as well, an official said. This decision was taken by the Bengal cabinet on Wednesday. The finance department has already given the approval for the new expenses of the women’s battalion.

The aim of the force is to bring about gender parity and a sense of security among women.

This special battalion will be used in fighting crimes against women and also ensure that women are safe on the roads.

There has been a women Rapid Action Forces (RAF) battalion in the state, but not armed police battalions.

Women personnel are also there in the commando units and the special units, including the Special Forces. An all women’s force, Winners, is regularly deployed across Kolkata for law and order duties.

In each unit there will be 30 police women who would be trained in various skills of combat. These units would be posted in all districts, and as and when necessary would be shifted to different places.

The top brass of Kolkata Police is also planning to establish the first all-women Rapid Action Force battalion. This will be an expansion from the single-company women’s RAF team that is presently stationed at Lalbazar.

Source: The Times Of India

On Monday, March 28, the University hosted Olympic bronze medalist and World Champion Ibtihaj Muhammad for a Spotlight on Leadership Lecture. Muhammad is an entrepreneur, activist, speaker and author. In 2016, she became the first American woman to compete in the Olympics in a hijab.

The lecture was mediated by Crystal Lucky, English professor and CLAS Associate Dean of Baccalaureate Studies. Muhammad grew up in northern New Jersey and began fencing through a program at her high school. She emphasized the attitude her first coach instilled in her that every kid had the ability to be the best, and every kid belonged in the sport.

“I found fencing as much as fencing found me,” Muhammad said. “It’s a uniquely accommodating sport to my faith, and it allowed me to be an athlete, unapologetically.”

After fencing at Duke University, Muhammad began to study for law school following her graduation. She was back at home in New Jersey, and she explained that “something about being back home made me want to get back into fencing.”

She began to train in New York City, with intentions to make Team USA after a “random idea” to do so. Muhammad had never competed internationally, had no world rank and had never even competed at Junior, Senior or Cadet levels.

She gathered the resources to compete at a World Cup event and finished nearly last.

“I literally think I can do anything,” Muhammad said. “I just need more time and I’ll make it happen.”

“I was always the first person in the gym and the last to leave,” Muhammad said, explaining the drive she found within herself. “You literally have to be crazy and know how bad you want it… I don’t think I’m the most talented athlete, but I do know that I’m always the hardest working person in the room.”

Lucky inquired about Muhammad’s experiences with discrimination within her sport and her time on Team USA.

Muhammad responded that she thought Team USA would be a core group of women who respect each other, but that was not the case.

“I found that competing on Team USA was a very traumatic experience for me,” Muhammad said. “There was a lot of nepotism, I was always made to feel like I was replaceable, when [the coach] talked about the team it never included me, and I was never celebrated. As a Black athlete, there was always this emphasis on my strength, almost like I was unable to think tactically, which a lot of Black athletes can say.

“I felt like I was taking so many shots all the time, but that’s where my family came in… my mom used to tell me: you have to let words be like water, and let them roll off your back. Sometimes there was no one to protect me, but then that’s when my own worth and perseverance came in. Kids of color have to learn to be resilient at a young age. You have to almost mature faster.”

Muhammad described the pressures of being an African American, Muslim-American, female during the Olympics.

“My journey has always been bigger than me,” she said. “All my interview questions on Team USA were always political ones about really heavy topics, and my teammates got to answer ‘what did you eat for breakfast?’ It was an opportunity for me to reshape this narrative as a Muslim-American. There are Muslim women who choose to wear hijab, that are verbal, that are not oppressed, and I’m flipping that narrative, and also showing that there are Black people who fence.”

Junior Alex Allen attended the speaker event and was struck by the impact of Muhammad’s high school coach, Frank.

“She had a solid mentor that made her strongly believe in herself, even when she questioned competing in this sport,” Allen said. “How she wishes everyone had just one coach like that in their life makes me think about the impact one person could have. Little did he know, he inspired an Olympian. It makes me want to be that mentor or coach for someone else later in life.”

The University was honored to host such a remarkable guest, and Muhammad’s lessons on perseverance, leadership, family and equality left their mark on the campus community.