‘Hijab’ Is Not The ‘Sixth Pillar’ Of Islam: Hijab Solidarity By Western Women Should Be A Road Less Travelled 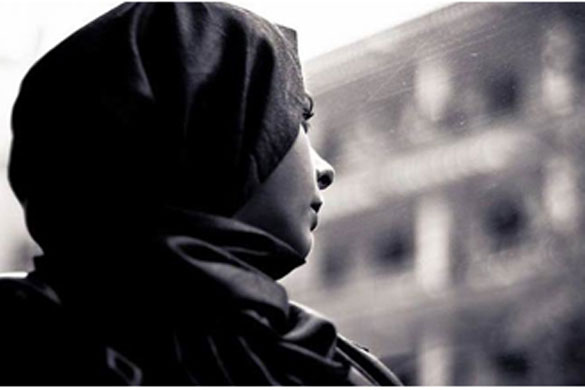 •  ‘Hijab’ is not he ‘sixth pillar’ of Islam: Hijab Solidarity by Western Women Should Be a Road Less Travelled

Hijab Solidarity by Western Women Should Be a Road Less Traveled

In 1936 sociologist Robert K. Merton popularized what is now known as the law of unintended consequences—i.e., an unforeseen and unintended outcome of a purposeful action.

Posting a December 10 Facebook picture of herself wearing a hijab, Hawkins wrote she intended to continue wearing it during the entire Christian season of Advent in support of “human solidarity” with Muslim women as Christians and Muslims “worship the same God.”

Hawkins probably foresaw as a consequence of her purposeful action her subsequent suspension by the evangelical Christian school. It is much less likely she foresaw the unintended consequences her action actually wrought on the Muslim women she sought to help.

Under the unintended consequences law, there are three possible outcomes: unexpected benefit, unexpected drawback and perverse result. It is the third category—a result not only contrary to what was intended but one serving to worsen the situation—into which Hawkins’ effort squarely falls.

Hawkins is not alone in complicating an already complex situation concerning the hijab that most non-Muslims simply do not understand, leading them to embark upon damaging courses of action.

Similar initiatives have been undertaken in U.S. schools and other venues generating similar unintended results—all a consequence of actors’ ignorance about the underlying issues as to what the hijab really symbolizes.

A Muslim women who does understand this is Asra Q. Nomani, author of, “Standing Alone: An American Woman’s Struggle for the Soul of Islam.” She leads a Martin Luther-esque effort to reform Islamic thinking into one advocating peace, human rights and secular governance. Hawkins would have been well advised to have consulted Nomani before launching her own hijab campaign.

The title to a Dec.27, 2015 article Nomani wrote for the Washington Post clearly states her position on efforts undertaken by well-intentioned non-Muslim wearers of the hajib. Titled “As Muslim Women, We Actually Ask You Not to Wear the Hijab in the Name of Interfaith Solidarity,” she explains exactly why.

Nomani has borne witness to the effort of “conservative Muslims to dominate modern Muslim societies.” Such fundamentalists spread “an ideology of political Islam called ‘Islamism,’ enlisting well-intentioned interfaith do-gooders and the media into promoting the idea that ‘hijab’ is a virtual ‘sixth pillar’ of Islam.”

However, she adds, “We reject this interpretation that the ‘hijab’ is merely a symbol of modesty and dignity adopted by faithful female followers of Islam.” Far from it, it symbolizes oppression—and anyone wearing it thereby deems this oppression acceptable.

Nomani points out no where in the Koran is it mandated women should wear the hijab. It is the Islamic fundamentalists who have endeavored to impose this upon women to symbolize their submission to men. Thus, actions by Hawkins and others only embrace fundamentalist efforts oppressive towards Muslim women.

Sadly, over the years, many Muslim women have been so indoctrinated by fundamentalists, they have come to believe wearing the hijab is, as Nomani described earlier, a “sixth pillar” of Islam, when it is not.

The Western media only furthers this false belief by failing to provide a correct interpretation of the word “hijab.”

In Arabic, hijab literally means “curtain” or “hiding” someone. But its use is within the context of non-believers being prevented or denied access to God. Over time, it came to mean headscarf—a clear misinterpretation as any careful reading of the Koran reveals.

In fact, of the eight times hijab appears in the Koran, never once does it connote an act of piety by Muslim women.

Little pressure was exerted upon women in modern times to wear the hijab—not until both Sunni and Shiite fundamentalism were resurrected in the 1980s. While the hijab is claimed to be a part of Islam, its derivation has been a cultural, not a religious, evolution. In fact, its evolution more accurately is connected to the “lust factor.”

Clerics, viewing women as sexual distractions for males, placed responsibility upon the former to cover up, so as to prevent the latter from becoming sexually tempted. While the hijab is part of this initiative, so too is the burka, the niqab, etc. Thus, it is because of the Muslim man’s lust, they were to be protected by mandating women hide themselves!

Accordingly, it was man’s weakness that resulted in this symbol of modesty being imposed upon women, making the hijab a garment representing female discrimination.

Listing numerous authorities from the seventh century on, Nomani says they “have clearly established that Muslim women are not required to cover their hair.” Accordingly, what is a purely cultural tradition has been imposed upon women as a religious edict by Muslim men.

Nomani discourages non-Muslim women from undertaking actions that only serve to strengthen the Islamic fundamentalism from which Muslim women need to escape.

Well-intentioned actors are being duped, Nomani says, noting “in exploring the ‘hijab,’ they are not exploring Islam, but rather the ideology of political Islam as practiced by (strict fundamentalists).” They are “unwittingly pushing a platform to put a hijab on every woman.”

It is said the road to hell is paved with good intentions. So too is the road seeking solidarity with Muslim women. The law of unintended consequences tells us non-Muslim women going down this road donning the hijab are only strengthening the chains of political Islam, making it more difficult for Muslim women to cast off the bonds of oppression. As such, this should be a road less traveled.

Female civil servants in the west African country of Gambia, recently declared "an Islamic state" by its president, have been ordered to cover their hair at work, a leaked government memo showed.

According to a copy of the memorandum obtained by AFP, "all female staff within the government ministries, departments and agencies are no longer allowed to expose their hair during official working hours effective December 31, 2015.

"Female staff are urged to use head tie and neatly wrap their hair."

A senior official in the education ministry confirmed that the note had been circulated among government departments.

The new rule comes hot on the heels of President Yahya Jammeh's categorisation of the small predominantly Muslim country in mid-December as "an Islamic state".

"Gambia's destiny is in the hands of the Almighty Allah... We will be an Islamic state that will respect the rights of the citizens," he said.

At the time he warned against trying to impose a dress code on women.

"I have not appointed anyone as an Islamic policeman. The way women dress is not your business," he said.

An impoverished former British colony famed for its white-sand beaches, the Gambia has a population of nearly two million, 90 percent of whom are Muslim.

Of the remainder, eight percent are Christian and two percent are defined as having indigenous beliefs.

Jammeh, 50, a military officer and former wrestler has ruled the country with an iron fist since he seized power in a coup in 1994.

Dubai: Six women and three men accused of confining a salon worker in an apartment and demanding Dh700,000 as ransom have pleaded not guilty before the Dubai Court of First Instance.

The victim, a 29-year-old Moroccan woman, was allegedly also filmed naked after being forced to strip in the incident that happened in September last year. She was also beaten.

The defendants include six women — five Moroccans and an Ethiopian — and three Egyptian men.

Of the defendants, a 26-year-old woman was accused of masterminding the crime. According to the charge-sheet, she breached the victim’s modesty and privacy by forcing her to remove her clothes and filming her undressed.

She was also accused of threatening to post the video on the internet if the victim’s brother, who lives in Morocco, did not pay the ransom. She was also charged with damaging the victim’s passport by tearing it. She also threatened to kill the woman.

The remaining defendants were charged with aiding and abetting the crime.

According to prosecution records, the main accused forwarded the video via WhatsApp to the victim’s brother and asked him to pay around Dh700,000 for his sister’s release.

The brother asked his friend, a Dubai-based chauffeur, to report the matter to police and provided the police with a copy of the video.

The victim testified to prosecutors that the incident happened after she left a shopping centre and was heading back to her home in Sharjah at 8pm.

“I was waiting for a taxi when a car stopped beside me ... I was forced into the car and later confined in the flat. I was beaten, insulted, cursed, tied up, denied food and left in an unhygienic condition. [The main accused] in collaboration with others forced me to undress, filmed me and forced me to say that I am a dirty woman … she then forwarded the video to my brother to blackmail him. She also called him from her mobile phone and made me ask him to give the money to her brother,” the victim claimed. The chauffeur testified that the brother called him from Morocco and asked for help.

“My friend informed me about the kidnap and ransom issue … he forwarded me a copy of the video and images on WhatsApp. I contacted Dubai Police’s Al Ameen Service. I was guided to lodge a police complaint and which I did immediately,” he claimed.

A police lieutenant told prosecutors that police raided the apartment and arrested the defendants.