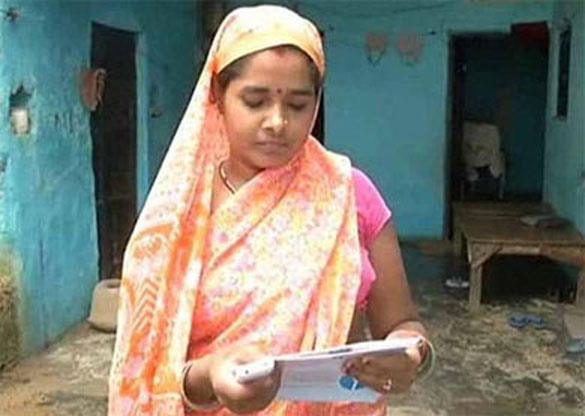 For a few hours, this 30-year-old woman from Kanpur's Vikas Nagar was the richest person in the world.

•  Newly-Born Baby Abandoned In Ghor, Afghanistan, Because She Was Born Girl

TEHRAN (FNA)- A female suicide bomber blew herself up among ISIL militants in the city of Fallujah in Iraq's Anbar province on Monday, killing nearly two dozen Takfiri terrorists.

At least 23 ISIL militants were killed and 17 others wounded when a 30-year-old woman wearing a suicide jacket exploded herself in Fallujah city.

The woman approached the ISIL terrorists and asked for shelter before committing the suicide attack, reports said.

No group has yet claimed responsibility for the attack.

The ISIL Takfiri terrorists currently control shrinking swathes of Syria and Iraq. They have threatened all communities, including Shiites, Sunnis, Kurds, Christians, Ezadi Kurds and others, as they continue their atrocities in Iraq.

Senior Iraqi officials have blamed Saudi Arabia, Qatar, and some Persian Gulf Arab states for the growing terrorism in their country.

The ISIL has links with Saudi intelligence and is believed to be indirectly supported by the Israeli regime.

The women were killed as Saudi jets targeted a civilian home in a district in the province’s Northern regions, Yemen's al-Masirah television network reported late on Saturday.

Several raids were reported in the Yemeni provinces of Sa’ada, Amran and Jawf.

Earlier in the day, Riyadh announced a five-day ceasefire in its deadly military aggression against Yemen to be carried out from Sunday.

Saudi Arabia has been striking Yemen for 123 days now to restore power to fugitive president Mansour Hadi, a close ally of Riyadh.

Hadi stepped down in January and refused to reconsider the decision despite calls by Ansarullah revolutionaries of the Houthi movement.

Despite Riyadh's claims that it is bombing the positions of the Ansarullah fighters, Saudi warplanes are flattening residential areas and civilian infrastructures.

The Monarchy's attacks have so far claimed the lives of at least 5,310 civilians, mostly women and children.

The 66-year-old musician became close to the British royal because she was a fan of the band in the 1980s. He said that she would often refer to the media storm that followed her and led to her untimely death in 1997 as being "crazy", reports dailymail.co.uk.

"I spoke to Diana in private at times. I used to see her at a health club we both went to in Chelsea. She thought it was crazy that people with cameras wanted to follow her around taking her photo. She was a very real, very ordinary, person going through something extraordinary. Something similar to what we had been through," Taylor said.

Diana also attended a Duran concert that became the target of an IRA bomb plot.

Taylor said finding out about the planned attack on the show - at London's Dominion Theatre in July 1983 - was one of the "scariest moments" of his life.

"They wanted to kill Diana and Charles and everybody in the room. It was so shocking. We were only made aware of it years later, but it was very frightening," he added.

Newly-Born Baby Abandoned In Ghor, Afghanistan, Because She Was Born Girl

A picture of a newly-born baby girl shocked Afghanistan after it emerged online showing the newborn baby abandoned by her parents in a roadside.

The picture emerged from central Ghor province and the baby was reportedly abandoned because she was born girl while her parents wanted a baby boy.

This comes as a local resident in northern Balkh province abandoned her paralyzed wife after she gave birth to a baby girl earlier this year.

The 30-year-old woman, Parwana, was left paralyzed due to domestic violence she faced from her husband and family for giving birth to a baby girl.

She was also forced to engage in immoral activities (prostitution) by her husband as her family was behaving with her like a slave, she said during an interview.

A woman was also choked to death by her husband three years ago after she gave birth to a baby girl for the third time.

The local security officials said the 30-year-old mother-of-three, Storay, was choked to death by her husband and her mother-in-law in a remote village in Khanabad district.

The Afghan women continue to sufer from maltreatment and domestic violence despite enormous investment and pledges by the international community to help improve women’s rights in Afghanistan.

In the meantime, the United Nations said in April this year that Afghanistan’s court system is failing to provide adequate access to women who are victims of violence.

In a report released on 19th April, “Justice through the eyes of Afghan Women,” the U.N. Assistance Mission in Afghanistan said more women are turning to non-judicial methods, such as local mediation councils, rather than the traditional court system.

The 35-page report, produced in cooperation with the office of the U.N. High Commissioner for Human Rights, is comprised of a series of interviews with 110 women across 18 of the nation’s provinces between August 2014 and February 2015. The vast majority of those interviewed chose to resolve their disputes through mediation rather than legal means.

Though the Elimination of Violence Against Women law, passed by presidential decree in 2009, criminalized 22 acts of violence, the U.N. found several factors that caused women to shun the court system.

KANPUR:  Barely making Rs. 2,000 a month as a domestic help, Urmila Yadav of Kanpur was in for the shock of her life as she found out last week that she suddenly had more than Rs. 95.7 Lakh Crore in her account, media reports said.

According Dainik Bhaskar, a few days ago, Ms Yadav received a message on her phone from the bank that her account had been credited with Rs. 9.99 lakh.

When she went to investigate and have her passbook updated with recent transactions, an employee of the bank was shocked to find that Ms Yadav had Rs. 95,71,16,98,647.14 in her account, said the report.

From a humble beneficiary of the Central government's Jan Dhan Yojana, Ms Yadav's bank balance had streaked past the net worth of Bill Gates - currently considered the world's richest person.

On further investigation, it was found that behind the error was a server malfunction at the State Bank of India.

The correction was made, but for a few hours at least, this 30-year-old woman from Kanpur's Vikas Nagar was the richest person in the world.