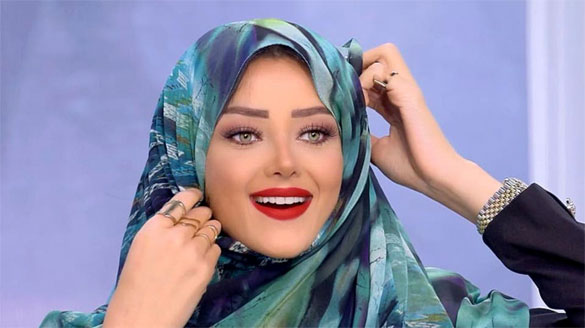 The Egyptian Supreme Council for Media Regulation, the national body concerned with overseeing the media, is opening an investigation concerning TV presenter Radwa El-Sherbiny after she said on her show that women who wear the hijab are “better” than those who do not.

Hijab is a head covering that many Muslim women wear in public to conform to Islamic standards of modesty.

The council said that it received complaints about the remarks by El-Sherbini, which she made on her CBC Sofra program Heya w Bas.

El-Sherbini encouraged Muslim girls to continue wearing their veil even if they face peer pressure to take it off.

Last week, El-Sherbiny, who does not wear a hijab herself, responded to a question from one of her viewers, telling her to not give up on her hijab.

“To every [woman] who is the only veiled one among her group of friends, or [in her] family, or street, or work, never take off the hijab. You are 100,000 times better than I and non-hijabi women,” she said last week.

She added that “the devil inside [non-hijabi women] is more powerful than their faith and strength,” and that women who wear the hijab are “better” in the eyes of God.

El-Sherbiny later apologised, saying that she had gone too far with her comments and that she did not mean to offend non-hijabis.

“I meant to say that hijabi women have done their duty better than I and non-hijabi women,” she said, adding that this does not mean that non-Hijabi women are not good.

She concluded her one-minute apology by saying that women who wear the hijab and those who do not both have good and bad examples among them.

El-Sherbiny’s comments stirred controversy on Egyptian social media, with many attacking her for her remarks and others coming to her defence. 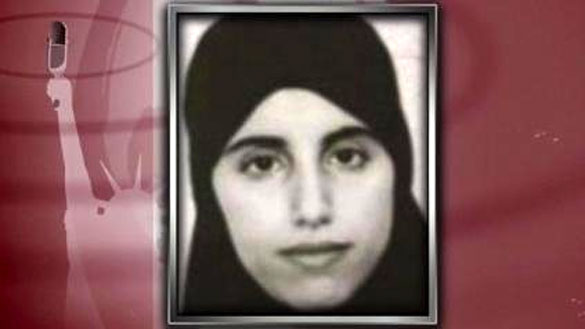 Mariam al-Otaibi, 32, was pursued for moving against her family’s wishes

A court has ruled that a woman who lived and travelled alone without her father’s permission had “the right to choose where to live”.

A three-year legal battle came to an end after a judge ruled that Mariam al-Otaibi, 32, had committed no crime by moving to Riyadh, against her family’s wishes.

She was arrested in 2017 after she fled her family home on the basis of alleged abuse by her father and brothers.

She was ultimately sentenced to more than three months’ imprisonment in al-Malaz Prison in Riyadh but continued to face “disobedience” charges after being released.

She gained more than 100,000 Twitter followers after beginning a campaign that declared “I am my own guardian”.

The judge stated: “The defendant is a sane, adult woman who has the right to choose where to live. What the defendant did by moving to Riyadh and living in a separate home is one of her natural rights and cannot be described as a punishable crime.”

Mena, a 35-year-old doctor in Jeddah, told The Times: “This judgment is historic because it’s rare. The male guardian system is still as strong as it’s ever been.” She added: “It’s been more than two years since women were allowed to drive in Saudi Arabia yet many are not driving, either because they fear harassment or their male guardian won’t allow it.”

SAKAKA — Awatif Al-Sahav has become the first Saudi woman to run for the presidency of a sports club in Saudi Arabia. She filed her candidature for the post of the chairperson of the Citadel Club in the northern Al-Jouf region. If elected, she will succeed her husband, Ahmed Al Sahav, the current chairman of the board of directors of the club.

Speaking to Okaz/Saudi Gazette, Awatif said: “I have registered myself as the first Saudi woman candidate for the presidency of a sports club in the Kingdom. I am very happy on this occasion as I have sufficient experience to manage the Citadel Club,” she said noting that she was confident of taking advantage of the vast experience of her husband, who is very popular in the Al-Jouf region and outside in sports field.

Awatif said that this step realizes the Kingdom’s Vision 2030, which affirms the importance of women’s participation in assuming leadership positions, and that Saudi women have proven their success and competence in all fields, including sports.

Awatif emphasized that her ambitions are great with regard to making remarkable achievements in the sports field. “These ambitions include enabling women to hold key positions in sports bodies and form a women’s sports council, to be the first in Saudi Arabia. I am also keen to empower women to take up key positions in the sports field,” she added.

As the Rohingya Response of Bangladesh nears the two-year mark, the response has evolved from immediate emergency life-saving provisions to other supports (protection, health, nutrition etc). One aspect of this crisis is that majority are women and children (52% women & girls, 55% children under 18) (Rohingya Response Gender Analysis, Lulia, Mita et al, 2018). Thus, responses specific to needs of women and girls are of crucial importance. At the heart of this are Women and Girls’ Safe Space (WGSS) locally called shantikhana (Center of Peace). As UNFPA defines:

“A safe space is a formal or informal place where women and girls feel physically and emotionally safe. The term ‘safe,’ in the present context, refers to the absence of trauma, excessive stress, violence (or fear of violence), or abuse. It is a space where women and girls, being the intended beneficiaries, feel comfortable and enjoy the freedom to express themselves without the fear of judgment or harm.”

He said this would be appropriate recognition for the contributions of women leadership in the state.

"Of course, I am disappointed (over lack of women candidates) but there are several appointed posts that can be given to women leaders,” he added.

He said this at a gathering with the BN candidates for the Tanjung Batu and Kukusan state seats and a meeting with the party machinery in the Banyan polling district centre at Taman King Fook here last night.

Ahmad Zahid said the matter of appointed posts would be discussed with BN allies, including Gabungan Rakyat Sabah and PAS.

He said it is important for the party machinery to reach out to voters to ensure BN and its partners win the election, which is seeing multi-cornered fights in all the 73 seats.

There are 43 women among the 447 candidates in the Sabah state election. The women candidates include two from Umno, one from MCA, two from PN and one from PBS. — Bernama