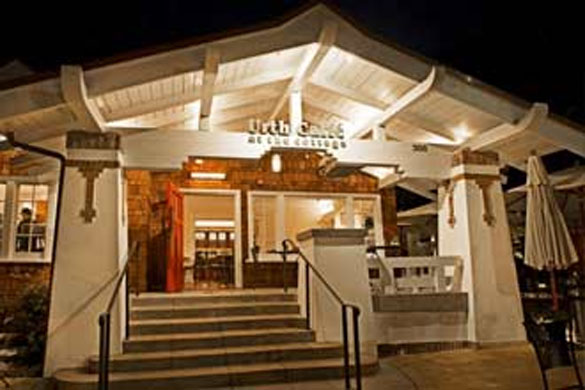 •  Why This Sudanese Activist Works For Women's Rights: 'I Remember the Look in Their Eyes'

According to the UK Guardian, David Yerushalmi of the Los Angeles-based American Freedom Law Center (AFLC), the lawyer representing Urth Caffé in Laguna Beach and café owner Jilla Berkman alleged that the initial lawsuit was part of a wider “civilizational jihad” being waged by the Council on American-Islamic Relations (CAIR), which aims “to weaken western civilization”. Further, Yerushalmi reportedly said the women’s discrimination suit was a form of “extortion”, calling the lawyers representing the seven female Muslim plaintiffs “ambulance chasers.”

The seven women, six of whom wore hijabs (a traditional head covering required under Sharia law and in most Muslim countries) claimed that they were asked to leave before they finished eating at the café, and suggested the owner called the police on them due to Islamophobia. However, the restaurant has a stated 45-minute time limit per table and Yerushalmi argued that his client said the women “were loud and abusive to the Urth Caffe employees and refused to give up their table per the stated policy.” Berkman personally authorized one of her employees to call the police on the women.

“That night, as every Friday night, a large number of young people, including a majority of whom are Muslim and of Arab descent, make up the base of Urth Caffe’s customers,” Yerushalmi wrote. “Not surprisingly, many of these customers are women wearing hijabs. None of these other Muslim women were asked to leave.”

Mohammad Tajsar, one of the attorneys representing the Muslim women, had painted the incident as just he latest in a series of hate crimes against Muslims in the area.

Yerushalmi pointed out in the initial case that “the lead plaintiff in the frivolous lawsuit is Sara Farsakh, a college-age activist for Palestinian causes who self-promotes her involvement in radical organizations, at least one of which calls for the destruction of Israel.” He also noted that “the organization behind the scenes organizing this fraudulent lawsuit is CAIR.”

(CAIR has been declared a terrorist organization by the United Arab Emirates and was named by federal prosecutors as an unindicted co-conspirator in a Hamas-funding operation.)

Yet CAIR’s Executive Director in Los Angeles, Hussam Ayloush, told the Guardian that contrary to Yerushalmi’s allegations, his organization was not involved with the Urth Caffé case. He blasted Yerushalmi in an interview with the Guardian‘s Nicky Woolf, saying “if anyone had any doubts about what happened on that day, those doubts are eliminated by the fact that the owners of Urth Caffé decided to retain David Yerushalmi. There are 1.2 million attorneys in America, and for them to choose the most hateful, the most bigoted attorney, tells a lot about the values that Urth Caffe’s owners hold.”

CAIR has often had a hand in representing Muslims in troubling situations. For example, they helped the families of San Bernardino terrorists Syed Rizwan Farook and Tashfeen Malik. a

As for the claims of Islamophobia against Yerushalmi, he issued the following statement to the Guardian:

I represent Muslim Americans, running from jihad and seeking asylum. If you want to say I’m an anti-jihad lawyer, you’re 100% right. Am I anti-Sharia? Yes, I am. Am I anti-Muslim? Not if he doesn’t have a gun in his hand shooting at me.

Why this Sudanese activist works for women's rights: 'I remember the look in their eyes'

“I remember the look in their eyes that day, the day that law was passed,” says Abubakr, who is now an activist working for equal rights for women in Sudan and in the Middle East. “They were heartbroken that they had to change from miniskirts to long skirts, cover up the arms, the hair.”

Before Islamist Omar al-Bashir orchestrated a coup in 1989, overthrew a democratically elected government, and began to enforce strict Sharia law, Sudan was a liberal socialist country, Abubakr says. But under al-Bashir’s rule, the country transformed into a petri dish for international terrorism. It was the base of operations for Osama bin Laden in the early 90s, and later, the Sudanese government backed a campaign of ethnic cleansing against its non-Arab citizens in Darfur.

Abubakr was born just before al-Bashir came to power. He experienced life in Sudan as it was transitioning from a free and open society to one dominated by conservative Islam. The new government regime not only tore at the fabric of Sudan’s liberal society, it clashed with his parent’s teachings.

“I was raised mainly by my mother, observant Muslim, in a quite liberal house where I was never forced to be Muslim in any way. To this day, I identify as a cultural Muslim, not really practicing at all,” Abubakr says.

But he says, he realizes that he grew up in a “sort of bubble, where we were raised the old way Sudan was.”

“There were no gender differences for example, that's a big issue in Sudan the gap in gender rights. In my house, we all had the same curfew hours, the same dating rules,” he says. “People outside did not even date, my sisters were allowed to date.”

In his family’s house, unlike in society, rights and freedoms were not meted out according to gender.

“I just remember thinking how unfair it was, why it only targeted women and not men,” he says, thinking back to the day Sharia law mandated his sisters wear hijab. “The whole law and the whole police unit that was put in place just to enforce that law.”

Abubakr says that day led him to turn to women’s rights activism.

“I believe that it has everything to do with me turning to women rights activism that day specifically. Sudan before was socialist secular democracy before the Islamists came to power, Sharia was something that is quite foreign to people,” he says. “Before Islamists came over virginity wasn't a thing, honor wasn't a thing now it is. Now that's the culture. After 27 years of Islamism it became the norm.”

In fact, Abubakr’s own uncle, Bakri Hassan Saleh, is the Vice President of Sudan. An Islamist, he helps promote and enforce the strict religious conservatism.

“We never got along, naturally,” Abubakr says, though he downplays notions that his fundamental disagreement with his uncle caused a rift in his family. “I don't really care that much for family ties as much as what ties I chose. I chose my family; I just chose not to include him.”

Until about a year ago, Abubakr was based in Khartoum. Currently, he is based out of Washington, DC and works both for an organization called Yala Young Leaders, a Facebook based peace, and MasterPeace, a nonprofit dedicated to building peace through music, arts and sports. He's also part of a Sudanese NGO called O Noor. And despite nearly three-decades under a conservative Islamic government, Abubakr is hopeful that if al-Bashir were to be removed as the “source of radical Islam in Sudan,” the country would revert to its more liberal state.

“People are more accepting of freedom naturally than of oppressions,” Abubakr says.

Tell us about yourself!

I am Saba Taj, a queer Muslim femme mixed-media visual artist and activist whose work centers around identity and challenging Islamophobia and sexism. I have struggled with my Muslim identity and its seeming contradictions with the other parts of myself, but have come to wholly embrace it as an essential part of who I am by rejecting monolithic interpretations of what it means to be Muslim. Over the years, my explorations of identity have grown increasingly intersectional, confronting Islamophobia’s connections to systemic oppression rooted in anti-black racism and imperialism.

What does Ramadan mean to you?

For me, Ramadan is a time to become more rooted in our bodies through reflection, restraint, empathy and gratitude. During this month, I recalibrate my relationship with capitalist consumer culture, becoming more considerate of the difference between habitual consumption and actual sustenance. One of the most beautiful things about Islam is its emphasis on intentionality — in thought, action, and what we put into our minds and bodies.

What is it like to produce art during a time of Islamophobia in America?

My entire life has been a time of Islamophobia in America, and it is something that I directly confront in my work. Early on, I felt a responsibility to use my art to address Islamophobia, but more recently I find that it is a natural inclination, that simply by being a socially conscious queer Muslim woman of color in America, themes addressing systemic marginalization will emerge in my work because that is embedded in how I must grapple with my own identity. To be creating anything at all, even without those clear-cut themes, is an act of resistance in a world that silences so many.

To be creating anything at all... is an act of resistance in a world that silences so many.

Has this climate affected your work in any way, or the way you think about your identity as an artist?

My identity certainly affects the way I think about myself as an artist, and how I am received as an artist. Sometimes I feel that my queerness and my use of the human figure have negatively affected my “marketability” in the Muslim art world, and that the predominantly Muslim imagery in my work over the years also seems to be in conflict with being seen as a “queer artist.” Overall, I feel that I exist in an in-between place and that can be tricky to sell in a system accustomed to communication in binary terms, but I really like who I am so I don’t worry if I’m marketable.

Has it affected what galleries, buyers or clients expect from you?

People’s expectations of me can be pretty heavy, but I feel that it is essential that I allow myself space to grow and transform in my art, and to trust in my own instincts instead of what I think other people want from me or would buy from me. Some people want Islamic patterns and calligraphy from me. And others — hijabs and high heels, or women in burqas making out — the kind of shock value that capitalizes on stereotypical representation and seems “feminist” or “progressive” but is still rooted in racism. I hold a strong awareness of how what I create could potentially be used against Muslims, to push Islamophobic narratives (of homophobia, of patriarchy), but that if I try to make my art invincible to misinterpretation — it will lose its quality. So, I think about it a lot, but at a certain point I have to let go and trust my own voice.

The most important thing for folks to take away from my work is that identity does not operate on binaries — it is fluid and hybrid.

What message do you hope people take from your art?

I feel empowered by making art, and hope that translates into the figures I represent. The most important thing for folks to take away from my work is that identity does not operate on binaries — it is fluid and hybrid. I think of art as a way to have a voice in our representation and define (undefine) ourselves, but most of all, as an act of resistance in a world that threatens to diminish us because of fear and hatred.