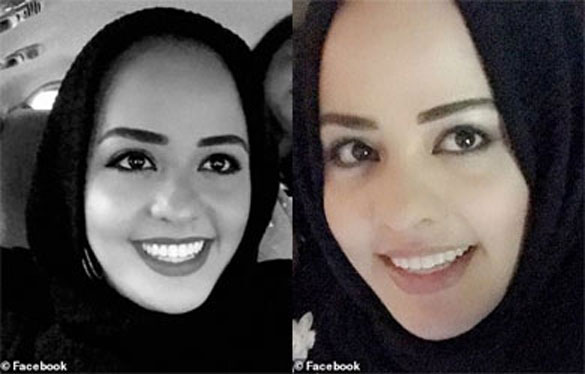 •  CAIR: Muslim Woman Was 'Subjected To Public Humiliation' At Pepsi Centre Where Her Daughter Was To Sing National Anthem

The UN Deputy Secretary-General has called for gender equality, women’s empowerment and women’s rights to be integrated at the heart of global efforts to achieve a sustainable future for all.

Amina Mohammed was speaking on Monday in Nairobi, where countries are meeting this week to mark 25 years since the International Conference on Population and Development (ICPD).

The landmark gathering held in Cairo concluded with a Programme of Action “that placed individual dignity and human rights, including the right to plan one’s family, at the very heart of development”, according to the UN Population Fund (UNFPA).

Child marriage is a #humanrights violation that threatens the health and lives of girls around the world.

Ms. Mohammed acknowledged that although “significant gains” have been made since its adoption, progress is fragile and millions are being left behind.

“The world is still a difficult, and often dangerous, place for hundreds of millions of women and girls,” she stated.

“To make it even more complex, leaders across constituencies are reneging the promise of Cairo, the promise to secure a just future for our youth especially our girls.”

The UN deputy chief outlined some of the tragedies that befall women and girls across the world, including dying during childbirth and being forced into early marriage.

At the same time, five million pregnant women displaced by conflict or disaster require medical care, while more than 230 million women worldwide cannot prevent pregnancy because “they do not have access to the contraceptives they need and have a right to.”

Ms. Mohammed said the Programme of Action “has never been more relevant” in the current era of urbanization, increased migration, and rising population.

“We urgently need to mobilize political and financial momentum to advance the ICPD agenda, particularly around harnessing the demographic dividend, reducing preventable maternal and child mortality and the unmet need for family planning, and eliminating violence and harmful practices against women and girls,” she said.

Twenty-four independent UN human rights experts are also pressing countries to reaffirm their commitments and “fulfil the ambitious commitments” made in Cairo.

“The push back against women’s rights from religious fundamentalists and political conservatives that oppose women’s rights are particularly acute in the area of sexual and reproductive health and rights,” they said in a statement.

“Despite States’ clear human rights obligations in these areas, the strong opposition discourse seeks to retreat from the ambitions of the ICPD agenda, challenging women’s right to equality and relegating a woman’s role to only the family and procreation”.

Four years ago, world leaders meeting at the UN adopted the Sustainable Development Goals (SDGs) to create a more equitable and just world by 2030.

This will only be possible when the promise made to millions of women and girls 25 years ago is fulfilled, according to Ms. Mohammed.

“So, as we enter a Decade of Action for the delivery of the SDGs, let us seize this opportunity to build momentum and firmly integrate gender equality, women’s empowerment and women’s rights at the heart of our efforts to implement the 2030 Agenda,” she said.

CAIR: Muslim Woman Was 'Subjected To Public Humiliation' At Pepsi Centre Where Her Daughter Was To Sing National Anthem

DENVER -- Gazella Bensreiti says out of all the times she has visited the Pepsi Center, this one was different.

"When I entered Will Call the security person that was working immediately waved at me and told me that I had to 'take that thing off' of my head," she said during a news conference outside the Colorado Muslim Society Wednesday morning.

The "thing" the security person was referring to was Bensreiti's hijab.

"I responded right away and told her that this was not just a head covering, it was for religious purposes, to which she responded that she didn't care," Bensreiti said.

Bensreiti was with her daughter who was performing the National Anthem with her school choir for the Denver Nuggets game at the Pepsi Center when she was told she had to remove the Islamic headscarf.

She said she was willing to remove her hijab in a more private setting but was denied. She then asked to speak to a supervisor.

"She then went and asked her supervisor and came back out and ushered me in without making eye contact," Bensreiti recounted.

Denver7 reached out to the Pepsi Center about this story, but we did not hear back. They sent our partners at the Denver Post a statement saying in part,

We look forward to engaging in honest discourse that leads to greater awareness and an opportunity to further celebrate the diversity that makes Denver such a special place. While the matter is still under review, we are taking steps to modify our screening process and provide additional education for our staff.

Still, Bensreiti says she forgives the woman who did this to her.

"I do forgive the woman who did this to me because it came from a place of ignorance, but I implore her to educate herself and others like her to become educated on these things."

NEW DELHI (AP) - India's Supreme Court will set law on women´s entry into temples and mosques after being asked to review its decision lifting a ban on some women entering the Sabarimala temple in Kerala state.

The court deferred a decision on petitions seeking a review of its 2018 ruling to lift a ban on women of menstruating age entering the temple grounds.

The Sabarimala temple bars women age 10 to 50 from its grounds. It says the celibacy of the temple's presiding deity, Lord Ayyappa, is protected by India's constitution and women of all ages can worship at other Hindu temples. Some Hindu figures consider menstruating women to be impure.

The global goal of a sustainable future for all cannot be achieved until women, girls and young people gain control over their own bodies and lives, UN Deputy Secretary-General Amina Mohammed told world leaders meeting in Nairobi on Tuesday.

The Kenyan capital is hosting a three-day summit to mark 25 years since the landmark International Conference on Population and Development (ICPD).

The conference, held in Cairo, produced a Programme of Action which recognized that reproductive health, women's empowerment and gender equality are critical to sustainable development.

Ms. Mohammed said it must be carried forward: “Achieving gender equality and women’s empowerment and upholding women’s rights is a game changer - for poverty-reduction, inclusive growth, democratic governance, peace and justice,” she said.

“The Sustainable Development Goals cannot be achieved until women, girls and young people are able to control their bodies and their lives, and live free of violence. The power to choose the number, timing and spacing of children is a human right that can bolster economic and social development.”

For Ms. Mohammed, the Nairobi Summit is also an opportunity to mobilize political and financial momentum towards realizing the Sustainable Development Goals (SDGs) adopted by world leaders in 2015.

Next year will see the start of a Decade of Action ahead of the 2030 deadline.

“We must continue to work  even harder towards preventable maternal and child mortality, achieving the unmet need for family planning, and eliminating violence and harmful practices against women and girls everywhere, not least in humanitarian and fragile settings,” the UN deputy chief told the gathering.

As too many are still being left behind, Ms. Mohammed called for action.

“Hundreds of millions of women and girls are still waiting for the promise to be kept. They have been waiting long enough,” she said.

“It’s time for urgent and transformative change as we enter the decade of action to 2030.