From Malala To Parkland, Why Are The Victims Demonised? 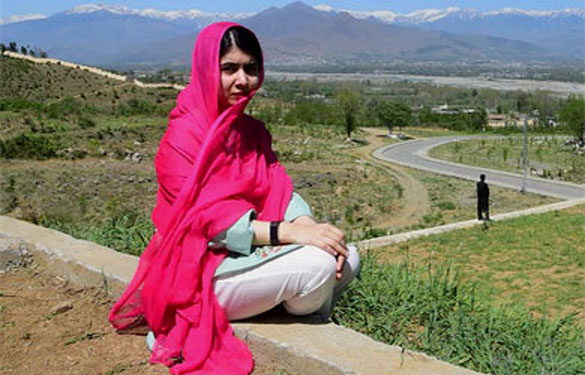 Malala Yousafzai is one of the world’s best-known figures, a Nobel prizewinner and a global advocate for female education. She went from being a schoolgirl in the Swat valley of Pakistan to a global figure, all before the age of 20, and throughout she has maintained an almost preternatural poise and unwavering loyalty to her home country. Last week she returned to Pakistan for the first time since she was shot in the head by a Taliban gunman six years ago. Yet her visit was marred by a grotesque coordinated campaign, where private school teachers announced an “I am not Malala” day. Children were made to wear black armbands, hold up placards and sit through lectures on why Malala should be condemned.

This is not a recent phenomenon. Almost from the moment she was shot, conspiracy theories swirled around the young girl. As Malala lay in her hospital bed, half her head shattered, the whispers started. The shooting was all fake so that she would be granted asylum in the west. Her father had coordinated the whole thing. She was taking advantage of the situation in order to make money by portraying Pakistan as a place of perpetual victimhood, feeding western stereotypes.

Inevitably, there were allegations that it was all a CIA conspiracy to undermine Pakistan and sully its reputation abroad. The more Malala’s stature increased, the more feverishly she was attacked. The reaction is not confined to trolls or particularly conservative parts of Pakistan society. It has crossed over into the mainstream, where even in liberal circles people snidely cast aspersions on her. It has all gone rather too well for her, hasn’t it? And her father, who pushed her into the limelight and put her at risk: he is just a bit too pushy, is he not? Of course, no one is suggesting that the poor girl wasn’t shot at all, but one can ask who is financing it all.

It’s enough to shake your faith in humankind that this is the reception Malala experienced. Yet sadly her example is not unique. Attacks on spokespeople for obviously virtuous causes are not confined to countries in the grip of tribalism or religious fundamentalism. They often take place in liberal, less feudal societies.

This is why, in Britain, concern expressed publicly by popular figures is dismissed as “attention seeking” or “virtue signalling”. Celebrities such as the singer Lily Allen and the TV presenter and ex-footballer Gary Lineker, for example, are told to stick to what they know rather than engaging with the plight of child refugees. And those refugees in turn are condemned as too old or not poor enough.

Survivors of the Marjory Stoneman Douglas high school shooting in Parkland, Florida, this February, in which 17 students and teachers were killed, have been attacked in ways that mirror Malala’s character assassination. First they were dismissed as fake, “crisis actors”; then their moral and physical fibre was questioned.

An unverified photo of Malala wearing jeans and high-heeled boots circulated on social media and attracted abuse for her allegedly scandalous fashion choices (she has never been seen without a headscarf). Emma González, one of the more prominent Parkland student campaigners, has been called a “skinhead lesbian” by a Republican candidate. He also called David Hogg, another survivor, a “moron” and a “bald-faced liar”. All three have been Photoshopped on to images that were then circulated as real on social media in order to “prove” that they are stooges for some liberal lobby.

The result is that the smear campaigns, so vicious and unrelenting, sow seeds of doubt in the larger population. More importantly, they end up diverting the conversation away from the core issue – the fundamental flaw in a society that has failed to protect its children, those most innocent of victims, and fixates instead on the figurehead as corrupt or as a vehicle of sinister puppeteers.

These figureheads are also not held to be competent agents of political change and so are seen as upstarts, precocious transgressors, pretentious people who think they are better than everybody else. This is an impulse that is suspicious of activism when carried out by everyday people, even those who have been unwillingly thrust into the spotlight by traumatic events. In the case of the young, the smear campaigns have to be especially vicious because there is so little information available that would easily discredit them. They have no history, no romantic past, no adult failings or idiosyncrasies.

Society has a problem with public campaigners because they are symbols of all the threats that encroach upon its comforting myths and hierarchies. It is not really about gun control in America or about girls’ education in Pakistan or about providing safe harbour to refugees. It is about upholding the status quo in all the ways that ensure our small relative superiorities are enshrined; and it is about our prejudices as to who gets to advocate or campaign.

The pompous head of the private school association in Pakistan that planned the anti-Malala day does not like it that a random young woman wields more influence than him, so he tries to tear her down. A politician is a little irritated that a cocky teen’s voice is beginning to be louder than his, and so he scoffs at him.

Collectively, in less obvious ways, we become mired in the business of questioning the messengers at the expense of the vulnerable. The Pakistani head-teacher was, inadvertently, correct: there is only one Malala. But there are many of her abusers’ impulses in all of us.

• Nesrine Malik is a Guardian columnist