The Sexual Autonomy of Cisgender, Heterosexual Muslim Women in A Polarised Environment

As a Muslim woman situated in the communally polarised state of Gujarat, and as a protest poet, I have woken up to rape threats, hate campaigns and innovative forms of misogyny since the day I step foot in public spaces to express dissent. 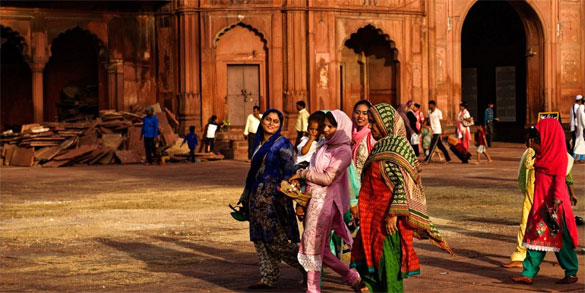 My experience is shared by the vast majority of Muslim women in journalism, as well as activism, who have been hounded for their religious identity and political opinions. More than instilling fear, these attacks have created an air of mistrust, in both personal and political spaces.

Since the sexual autonomy of non-cisgender, non-heterosexual women is a vast area in itself and there are limitations to my experience in that regard, I am primarily speaking of cisgender, heterosexual women in this piece, so as not to appropriate the struggles of LGBTQ community who can voice their struggles far better than I ever could.

There are two commonly assumed fronts of our oppression: on the first, we’re Muslims, and on the second, we’re women. However, there is a third, where we’re Muslim women. While the first two deny us social distributive justice in their own ways – keeping us captives of the construct of gender, class and creed – the third impinges on our autonomy in more ways than the other two, particularly our sexual autonomy. This front has two sides.

Hussain’s feminist ideas and her own life are both proof that the struggle for women’s rights is neither a recent phenomenon nor a ‘Western import’ but rather has a long and rich local history. Credits: Reuters/Amit Dave 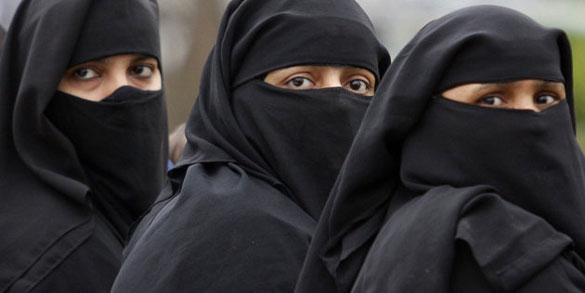 While the limits are defined by the Muslim patriarchal systems, they are reinforced by marginalisation, and the lack of social mobility facilitated by majoritarian governments which use social and legal instruments of control over our sexual autonomy.

For instance, the proposed population control legislation, paired with dehumanising, Islamophobic rhetoric and a hostile establishment, is likely to exercise unjustified control over the fertility and sexuality of minority women, despite its egalitarian claims.

The Muslim Women (Protection of Rights on Marriage) Act, 2019 does not merely affect Muslim men. It also takes away from the locus of Muslim women by giving the state a share in it under criminal legislation.

This is a prime example of lost autonomy since cases of abandonment would be likely to go unreported when women only seek civil remedies or result in the frustration of marriage due to the unfairly prolonged jail-term stipulated by the law.

The National Register of Citizens paired with the religion-based Citizenship (Amendment) Act, 2019, is likely to punish Muslim women who have exercised sexual freedom since it is heteronormative, patriarchal family structures which strengthen the construct of citizenship. Women disowned by these structures for any reason will have weaker claims to citizenship, particularly in the case of transwomen as has been discussed at length as one of the criticisms of the NRC. It will also weaken the claims of cisgender women estranged from their parental families for exercising sexual autonomy and making their own matrimonial choices, especially those who do not have sufficient evidence such as documentation of formal education, employment or ownership of property. This will affect sexual liberties retroactively.

Conversely, the existing lack of the liberty to choose also implies incomplete citizenship rights. In The Blackwell Companion to Social Inequalities, Kenneth Plummer’s chapter on “Intimate Citizenship in an Unjust World” argues that the validity of sexual choice is determined by social, economic and cultural capital. In situations of inequality, the choice is limited. In India, such limitation to sexual choice itself is evidence that citizenship rights afforded to Muslim women are insufficient, and are bound to diminish further.

Legislations are not the only instrument of control. Portrayals of sexually liberated women in mainstream culture exist only for urban, savarna women. When they do represent Muslim women, the depiction becomes more of a comment on our victimhood, our appearance, and even on Muslim men. The Muslim woman is rarely imagined without her situated-ness within some context of violence, and it is that violence that is emphasised, not her act of sexual liberation – in itself and absolute.

Moreover, these depictions almost always juxtapose our attire with our desire, imagining us with our scarves flying away to satisfy the obsessive curiosity of “What’s underneath”, and refusing to acknowledge that we may possess the agency to pursue desire in any attire.

But there are far more sinister portrayals to be discussed. It is our depiction through the Islamophobic male gaze, which looks a lot like that of the protagonists of movies like Ishaqzaade, where the Muslim woman is seen as a conquest and the Muslim patriarchs are the enemy from whom she is won. This movie normalises the rape instincts of the male protagonist, who pretends to fall for the woman he hates, so that he can avenge a slap by sleeping with her. It also goes on to absolve this degenerate character through a climax where the two are shown to fall in love and eventually die for this forbidden love. The real-world equivalent of this Islamophobic male gaze can be seen in the denigrating campaigns against the women who sat in protest at Shaheen Bagh, particularly activists like Safoora Zargar, under whose name pornographic videos were falsely circulated on several right-wing groups.

The nauseating expressions of toxic desire that were directed at Kashmiri women after the scrapping of Article 370 of the constitution last year, highlighted a pre-existing, hate-driven fetish.

This epidemic of communal dominance has created a sense of control. It restricts the sexual decisions of Muslim women in terms of trusting a potential partner with our bodies, because we have internalised large volumes of Islamophobia and misogyny, and can only imagine ourselves as a fetish, as a conquest, and on better days, as victims, thanks to the saviour complex of those seeking to deliver us from centuries of oppression. All three self-images form part of the suspicion as to how our potential partner views us. Movies like Ishaqzaade and their eager consumption by males whose morbid fantasies the movie reflects, reaffirms these fears.

This state-validated Islamophobia has created a power dynamic where Muslim women are at the mercy of the majority’s will. This dynamic has seeped into individual spheres and it undermines the choice exercised by a Muslim woman in choosing a partner. A variant of this is the Hindutva narrative of “love jihad” which controls the sexual autonomy of Hindu women.

Even if a Muslim woman moves past these fears and constraints on her self-understanding and enters a relationship, she is expected to sever herself from her political and religious identity. After all, it is a truism in most households which is casually repeated by educated, urban savarna men and women, and is reaffirmed by caste and communal violence from both communities, that ‘one can marry anyone, but a Dalit or a Musalman’.

The worst state is that of the sexual freedom of Dalit Muslim women (yes, they exist), who do not merely have their self-understanding and sexual conduct defined by gender, class and religion, but also by caste endogamy, at the hands of upper-caste Muslims.

Alarming similarities can be observed in the language of genocide that is gathering momentum in India – the gradual dehumanisation of the Jewish community in the political rhetoric and propagandist literature, concepts like Rassenschande, which were used to prohibit interracial sexual relations in Nazi Germany, in the years leading up to the Nuremberg laws. These trends continue to grow in the absence of social and legal sanctions, enabled by the state and complicit social media platforms like Facebook.

Despite this, Muslim women of all classes and sexualities continue to form the frontlines of resistance in what is going to be a long night, in the hope of better times, borrowing strength from songs of love and revolution, and from each other.

Original Headline: The Sexual Autonomy of India's Muslim Women Is a Political Prisoner at Best