Establishing Patriarchal Control Over Women in Pakistan - Part One

For several decades now, Pakistani society has operated under the doctrine of control vis-a-vis women. As a result, the human dignity of Pakistani women and the scope of protection given to their rights are contingent upon the recognition and mercy of men.

It is men who have been granted the ultimate authority to determine the status and fates of women in Pakistan, and there is no real understanding or acknowledgment of this, let alone any prospect of moving forward by breaking down these structures. 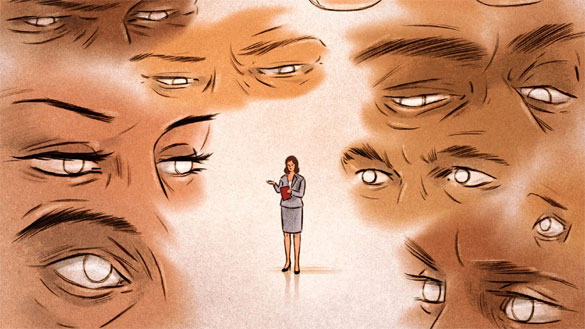 Suppose the woman on the motorway who was gang-raped on September 22 this year had been a single woman, with no children, travelling alone at night. Would the collective outrage have been the same? The answer to that is a resounding ‘no’. The reaction that came from the CCPO Lahore would have been the collective societal reaction had a single woman been gang-raped while travelling alone.

That woman would have been ‘unworthy’ of protection, viewed as a woman with questionable character for stepping out of her home alone at night. Therefore, even after reports of the Motorway gang-rape incident and the abduction and rape of a young woman from Clifton in Karachi, our male leadership is focused on castration, public hangings and greater moral policing as solutions to violence against women. 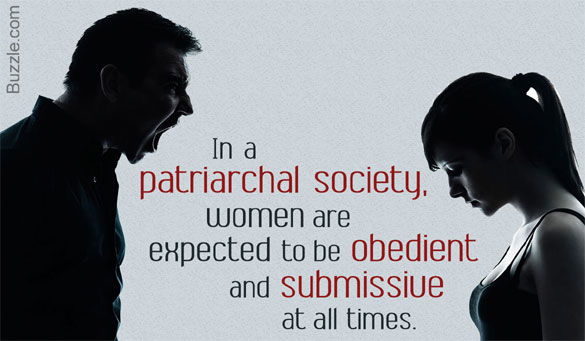 What we see in Pakistan is a general refusal at the state and societal level to acknowledge the role of authority and power in establishing patriarchal control over women. We see this in responses to sexual violence against women – through calls for moral policing and implementation of violent penalties, instead of recognition of the flawed basic structure of this society that seeks to invisibilize, oppress and control women.

Muhammed Asadi’s research paper, titled ‘Militarization and Gender: pathways to a Violence-Based Patriarchy’, is an interesting read, which, when viewed within the context of Pakistan, provides explanations of how patriarchy has been embedded in the fundamental structures of our society. Asadi explores (and tests) “the relationship between the level of militarization of a society as reflected by the dominance of the military in the state’s expenditure priorities and …. the level of gender-based stratification that exists in that particular society”.

Asadi also says: “The image of the citizen soldier, who is always a man, translates into other facets of public administration as well. Citizenship is structured in a hierarchical fashion based on sacrifice to the nation with sacrifice being measured in terms of actual combat roles that then get linked to men because they monopolize such roles in the military”. In this regard, it is pertinent for us to understand how the militarization of our society laid the foundations for misogyny and exclusion of women from public discourse.

In ‘The politics of misogyny: General Zia-ul-Haq’s Islamization of Pakistan’s legal system’, Shireen Khan Burki explains how the Zia regime’s “identity politics” and “Islamic morality” resulted in women becoming “the target of the religious clerics who began a campaign to get females out of the public sphere in the name of Islam”. We have not moved forward from that: we need only go back to March this year, when extremists attacked the Women’s Day March in the federal capital. Even the murals women in Islamabad had painted, prior to the march, were defaced by extremists from Lal Masjid.

A woman being in the public space is a deviation from the patriarchal rules underpinning this society and therefore, for the men in this society, it is essential to restore patriarchal control and get women off the streets, off television sets and out of the assemblies. This control is exercised within the corridors of power as well, where when women are finally able to break through and enter the mainstream, their own colleagues become obstacles to their right to expression and participation.

This is also seen in the deeper political structures and political decision-making, where political parties nominate women for tickets in areas where the political party is expected to lose. What results is critique of women who come in on reserved seats, who quite frankly, have a bad deal as it is. First, male politicians control and determine who will be nominated on reserved seats, after excluding women from winning constituencies, and then, women on reserved seats have a sword hanging over their heads if they have strong voices because there is a very real threat that they will be removed by the male leadership. It is still men who control and determine access to political spaces.

A 2005 research paper by Aysan Sev’er, titled ‘In the Name of Fathers: Honour Killings and Some Examples from South-eastern Turkey’, explained this quite succinctly: “Patriarchy subsumes power differences that systematically occur at the social, legal and cultural levels and bestow authority on men… Male authority is so ingrained, unquestionable and effective that it permeates all other social realities and institutions… Male domination gets so infused into values, norms and behaviour and the socio-religious outlook that one can rarely defy that power”.

While discussing Walby’s theory of patriarchy, Sev’er writes: “What is important is the relentless control of women’s behaviour and sexuality where violence is a condoned tool of control… women’s worth is equated with marriage and motherhood”. This was reflected inter alia in a statement on the floor of the house by Khawaja Asif, who asked a female MNA how she could handle the country when she couldn’t even “control” the free discourse in her home environment.

Some years ago, similar misogynist comments were made by PPP MNA Khursheed Shah on the floor of the house, who informed the then speaker of the National Assembly that women should not be interrupted while speaking as they would fall ill. We see this in our daily public discourses as well: women are painted to be emotional, hysterical and incapable of rational thought and debate. That is why when women argue (online or in public spaces) on issues of public importance, it is not labelled as “debate” but a “cat-fight”. This is inherently linked to the idea that women ought to be domesticated.

Relying on Puri’s work, Sev’er writes: “the three statuses open for women are: that of some man’s virgin daughter; another man’s pious wife; and the self-sacrificing mother of sons”. And so Pakistani women continue to identify themselves as wives, mothers, sisters and daughters, rather than equal citizens and equal human beings.

As rightly pointed out by both Puri and Sev’er, “women learn that any deviation from rules can trigger violence against them”. The unfortunate reality is that when women deviate from these patriarchal rules, the all-powerful male club bands together to utilize religion, morality and deflection to restore that patriarchal control.