ANOTHER horrifying death. Another hashtag calling for justice. The latest case concerns Sadaf Zehra Naqvi, a young mother and champion of women’s rights, found dead last month, reportedly of asphyxiation and bearing marks of abuse. Her husband, a journalist, is in detention facing murder charges; her family and friends have come forth with details about the violence she allegedly suffered at his hands. 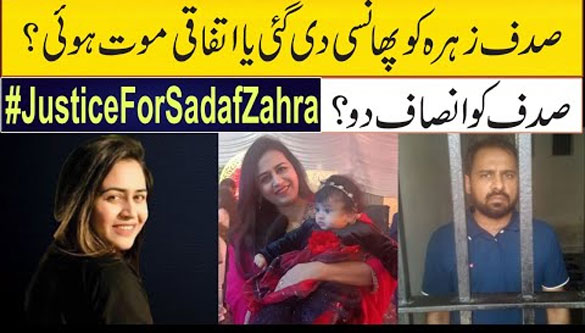 Naqvi had hinted at her ordeal in a Twitter thread, in which she spoke out against domestic abuse. The thread alluded to a friend’s suffering, but Naqvi’s tragic demise has led to speculations that she was sharing her own experience. She participated in the Aurat March this year, saying that she needed to march “for [her] daughter, for future generations”. 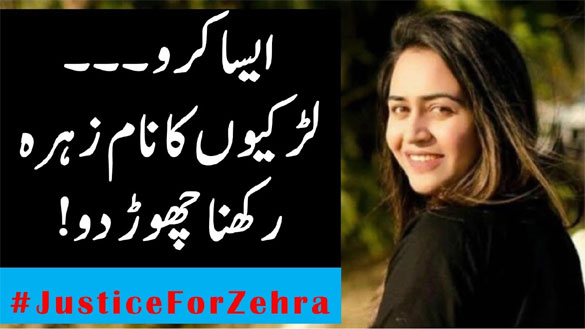 No doubt, we should be sickened and livid when women endure fatal abuse. But this rage should not be reactive and sporadic; it should be a persistent feature of our public discourse. After all, one-third of married women in Pakistan face domestic abuse; by some estimates 90 per cent of women are subject to some form of physical, emotional, verbal or sexual abuse. Last year, Pakistan was ranked as the sixth-most dangerous country for women.

We already know the structural drivers behind these statistics: patriarchy, lack of economic empowerment, inadequate judicial recourse. The extent to which abuse is perceived as a normal feature of our social fabric was revealed through the widespread opposition to the Punjab Protection of Women Against Violence Act in 2016, with many arguing the law would undermine Pakistani values.

What is to be done? As of last year, most of the provinces have enacted anti-domestic violence legislation. The legislation is relatively progressive: the Balochistan law expanded the definition of domestic violence to include emotional and sexual abuse; the Punjab act called for the establishment of protection centres, one-stop spaces where women can access shelter, medical and psychological treatment, legal support, and initiate police investigations.

Pakistani legislation is largely headed in the right direction with regard to women’s rights, particularly women’s safety. Last year also saw the Supreme Court ruling against scenarios in which acid attack victims and the families of so-called ‘honour’ killing victims forgive perpetrators.

But this creeping change is offset by the social backlash. Think of the perverse reaction against the Aurat March this year, not only from conservative and religious hard liners, but also middle-class professionals and many women.

To some extent, it is the government’s responsibility to address the symptoms of entrenched, institutionalised misogyny. The urgent need is for better enforcement of women’s protection laws, especially given that only 2.5pc of abuse cases have resulted in convictions.

There should be more state resources for women who need to escape violence: shelters, legal aid, and job programmes aimed at making survivors financially independent. The courts must expedite the handling of domestic abuse cases so that the backlog does not incentivise informal, out-of-court settlements and prolonged periods of vulnerability for women choosing to press charges. Police officials and judicial magistrates need intensive training so that they don’t dismiss domestic abuse cases as family matters, and instead lodge timely cases, and sensitively gather media evidence and witness statements. Parliament should also take up legislation against child marriage again, given the high correlation between marriage age and the likelihood of women facing spousal abuse.

But these measures are not preventative. The main problem is our society’s inability to reimagine women as autonomous actors. Even our national identity cards, which secures our voting rights and access to benefits, require us to define ourselves in relation to the men in our lives. Sadly, changing mindsets is not most states’ forte.

Some youth initiatives like Girls at Dhabas, aimed at empowering women to claim male-dominated public spaces, attracted attention, but could not scale. Broader engagement with these issues is necessary. One place to start is to embed ideas of gender equality and physical sanctity in the new national curriculum. Children who learn to recognise and reject abusive behaviour will be less likely to perpetrate or endure it.

The media can also be bolder in the way it tackles domestic abuse. News outlets should shift from sensational, one-off reports about high-profile cases to ongoing monitoring of prevalence, legislative developments and state resource allocation to improve accountability. TV dramas should promote storylines in which women are autonomous actors, intolerant of abuse. Maybe one day this fantasy could become a reality.

Huma Yusuf is a freelance journalist.