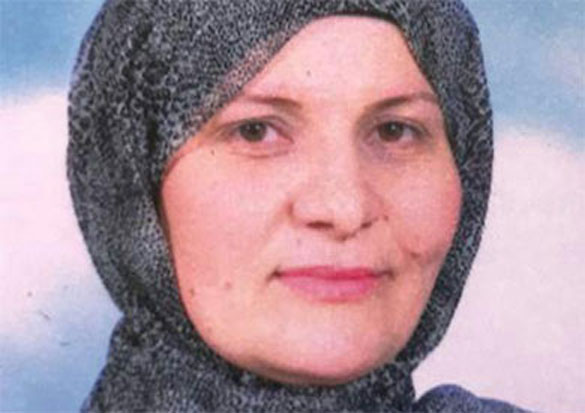 Attorney Han Khatib, a Muslim woman, to the position of Qazi—a judge dealing with Islamic family law in Sharia Court

The decision was announced Tuesday by the Committee for the Appointment of Qazis, headed by Justice Minister Ayelet Shaked (Bayit Yehudi).

Detractors of the decision urged Minister Shaked not to "intervene in Islamic matters," arguing that "Islam does not allow a woman to be Qazi."

Khatib is a resident of the Arab city of Tamra in the Lower Galilee. If sworn in, she will be the first Israeli woman to serve in this post. She holds an MA in Law and specialized in family law and Sharia law. She is also a certified mediator.

Deputy Head of the Northern Branch of the Islamic Movement in Israel, Sheikh Kamal Khatib—unrelated to the new Qazi—attacked the decision by saying: "I smell a political deal here in the Sharia Court system. I am not a mufti, but the opinion in Islamic Sharia law is that a woman cannot be appointed as Qazi, for very convincing reasons.

"I wonder who the people were on the appointment committee, since some of them have nothing to do with the religion of Islam and have no right to interfere in our religious affairs, and whose connection to Islamic law is like my connection with space science."

While adding that he did not personally know the newly-appointed  Qazi, he said that he respected any person who contributes to society.

"The committee members have to respect themselves and the others. They want to appear as supporting the advancement of women, but that's not the truth. The Israeli side wants to show that it respects Islam, but the truth is that those who support the end of the muezzin's call do not respect Islam, and neither do those who desecrate the Al-Aqsa Mosque."

The Sheikh then went on to accuse Minister Shaked and Minister Miri Regev of "supported a proposal to fine anyone who calls out 'Allah Akbar' at the Al-Aqsa Mosque, so how can she now claim to respect Islam?"

The Southern Branch of the Islamic Movement, on the other hand, announced its support for the appointment, and wished the new Qazi success in her new position.

MK Issawi Frej (Meretz), a member of the committee that appointed Khatib, defended the decision. "The committee included the head of the Sharia Court, Qazi Abd al-Hakim Samara, Qazi and Attorney Iyad Zahalka, and other legal experts who accompanied the committee during the appointment process and examined all the steps in the most professional manner possible," Frej said.

He added that he was convinced "that this is a historic step, and that our religion can be proud of it. I believe and am convinced that a woman should hold a position within society and that she must be supported. We need to respect the opinions of others as well as majority decisions."