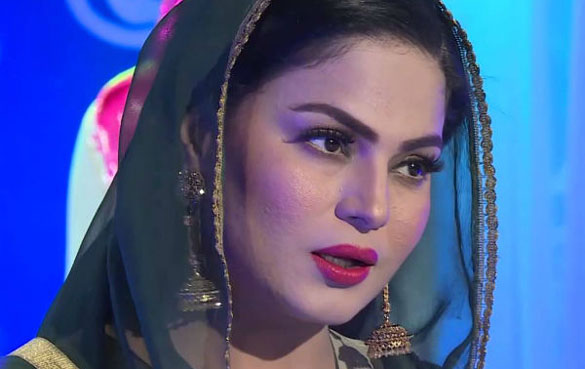 Veena Malik has captured our attention once again. FHM, a men’s magazine, has run a cover featuring a nude Veena Malik, dexterously covering herself with her arms and legs. Malik, in turn, has claimed that the cover is morphed and is suing for damages. She has, however, admitted to shooting “bold” photos with FHM, one of which included a bikini/thong. So even if Malik readily posed naked, or nearly naked, for a men’s magazine whose profit lies in objectifying women, we ask…

There is a laundry list of complaints and insults we are prepared to throw at Miss Malik. For one:

(She has tarnished the country’s name!)

Really? As if Veena Malik’s naked body is really the most controversial aspect of Pakistan’s image abroad. Last I checked it was the corrupt government, the oversized military and oh, bin Laden’s hideout that made Pakistan look bad, not Veena Malik’s curves. She is not an ambassador of Pakistan, despite the philosophy that every Pakistani is an ambassador of Pakistan. While she is clearly a Pakistani woman in Indian territory, she is not the only one who has caused a stir there within the past year. India, and the rest of the world, knows that she is not representative of all Pakistani women. In fact, the West will experience this first-hand soon enough, with Sherry Rehman as Pakistan’s new ambassador to the US. 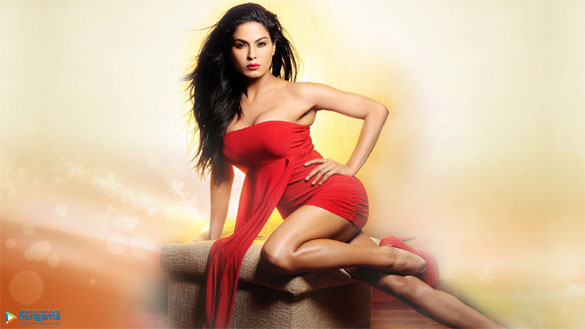 And then Islam comes in.

Maybe she is, maybe she isn’t. But the fact of the matter remains that her religion is her personal concern, not ours. If she is to be eternally damned to hell for baring all, then it is she that must pay for her actions. Not you, not I. Perhaps we should forget about her religious transgressions and focus on our own – tall order for a country with a blasphemy law, I know.

The real point of contention is this: There has been an overwhelming response from “liberals” and feminists, both in Pakistan and abroad, praising Veena Malik’s courage and claiming her act is liberating for the women of Pakistan. Malik has been labelled a “feminist” and a “women’s rights activist” since her public lambasting of Mufti Abdul Qawi on Pakistani television. (The Daily Mail claims she is a voice for women’s rights in Pakistan!)

However, what Malik has done by allegedly posing (scantily clad or naked) for a men’s “lifestyle” magazine is completely antithetical to the idea of feminism and the fight for women’s rights. Feminism aims to fight against the ancient patriarchal belief that women are purely sexual objects, created for the carnal pleasure of their male counterparts. Generations of women, American, British, Egyptian, Pakistani, have fought to be recognized as more than just their sexual organs. Miss Malik’s choice to bare her body for the sexual arousal of men is not feminism. In fact, her “bold” choices potentially set back the fight for women’s rights in Pakistan, with the right-wing itching to point fingers and self-righteously claim that “this is what happens when you give a woman freedom!” I, for one, do not want her associated with Pakistani feminism in any way, shape or form (especially not in nude form).

We cannot neglect the fact that Malik’s scandal comes only weeks after activist Aliaa Elmahdy posted a nude photo of herself online, causing similar outrage in Egypt. Her photo, however, was aimed at forcing society to grapple with the age-old exploitation of the female body. Whether or not you support her, it is undeniable that the mentality that she attacks is prevalent around the globe; the mentality that the female body is a tool to be exploited by men, whether to satiate their lust or to assert their dominance.